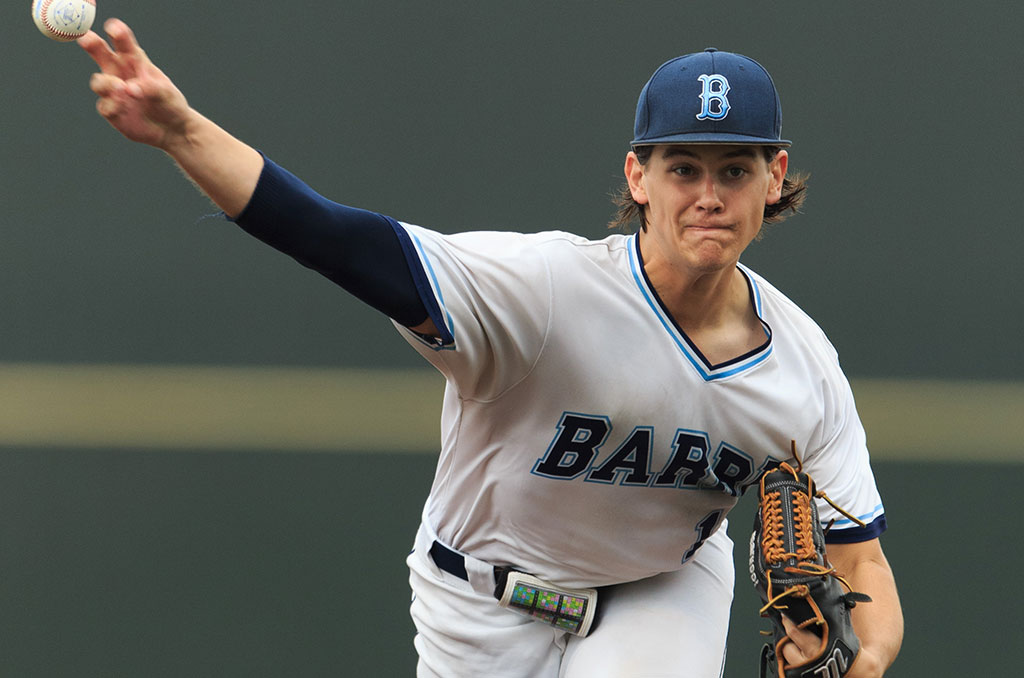 by Warren Arceneaux // Written for the LSWA

Jack Walker knows how to make an exit.

The Barbe pitcher saved his best performance for last, throwing 10 no-hit innings to help the Bucs beat rival Sam Houston 1-0 in a Class 5A semifinal game. Barbe won the game in 11 innings en route to its 11th state championship.

The performance capped a stellar season in which Walker went 13-0 with a 0.48 ERA. He struck out 121 batters in 84 innings pitched and allowed only 24 hits and 22 walks.

Walker is now the winner of the 2021 Louisiana Farm Bureau Insurance/LSWA Mr. Baseball award given to the state’s most outstanding high school player.

In four playoff starts, he threw 31 Innings, allowing 3 runs and 6 hits while striking out 41. In his career, Walker went 25-1.

“He never got rattled when things were not going well,” Cecchini said. “He threw hard, had two breaking balls and had command of all his pitches.”

When he arrived at Barbe, Walker was just hoping to help the program continue its winning ways.

“After watching Barbe win many championships I knew what was expected of me when I made the team, so really all I wanted to do was to keep up the standard that is expected of Barbe and try to be a major contributor by the time I graduated,” Walker said.

After going 3-0 as a freshman, Walker earned a spot in the rotation as a sophomore. He said scrimmaging against teammates before that season gave him a confidence boost.

“Coach had me throwing to the top hitters on the team and I was getting them out,” Walker explained. “Me and the guys I threw to would talk about things I saw or they saw and they would tell me how hard I was to hit. I think that gave me the confidence boost I needed and made me realize I was going to help the team a lot that year.”

Walker went 9-0 and was the starting pitcher in the 2019 championship game, an 8-2 win over Sam Houston.

Later that summer, he injured his pitching arm. The resulting surgery and rehabilitation lasted a year, but Walker was ready to go by the time his senior season started in 2021.

“I think the thing I enjoyed the most about my career at Barbe was being able to come in as a freshman and growing every day,” he said. “Then having the results that I did as a senior and getting to look back at how much I have grown as a player.”