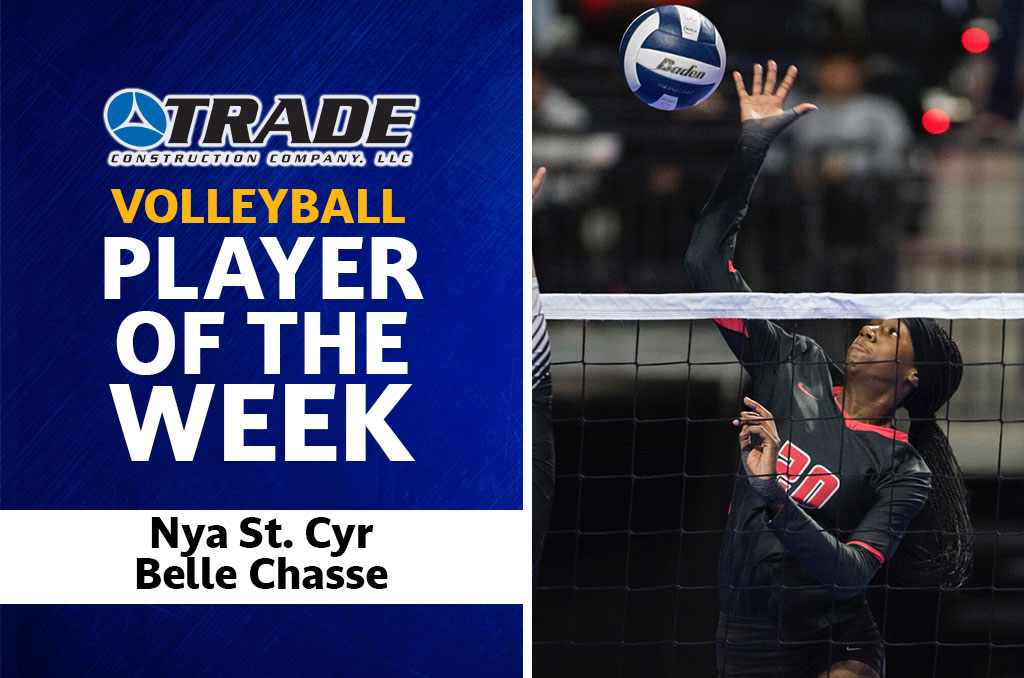 Volleyball honors are nominated by the school’s head coach. To nominate a student-athlete, the head coach may submit statistics, team win-loss records and other supporting information to hbower@geauxpreps.com by 10AM each Tuesday.

St. Cyr earned her first award of the season with an exceptional effort on the court helping lead Belle Chasse to three wins last week. In six outings, the senior hitter collected 56 kills and 27 blocks aided by 11 digs and 8 serving aces. In a 3-0 win against Helen Cox, St. Cyr had 16 kills and two blocks and also collected 10 kills against Academy of Our Lady. On the season, St. Cyr possesses a .411 hitting percentage.