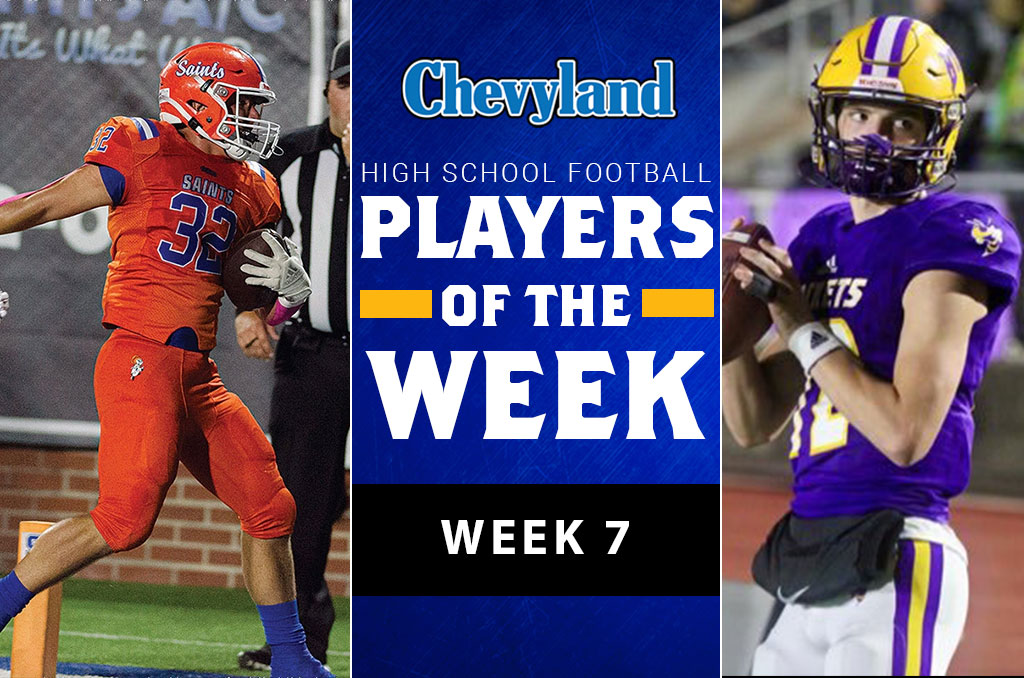 Submissions are sent by the head coach of each team. Coaches may nominate players each Tuesday by 10 AM by sending stats, pictures and more to hbower@geauxpreps.com.

In his first game back after being knocked out and suffering a concussion two weeks ago at Benton, quarterback Lake Lambert led the Byrd Yellow Jackets to a 39-14 win over the No. 7 and previously undefeated Parkway Panthers. Lambert rushed for a game-high 114 yards on 16 carries and two touchdowns. He was 5-for-8 passing for 76 yards. Lambert was forced to wear jersey number 17 this week because his normal No. 12 jersey was cut-up in the ambulance as he was being transported to the hospital after suffering the injury at Benton.

Junior linebacker Graham Montet played an integral part in helping St. Louis Catholic notch one of the biggest victories in program history Friday night. The Saints snapped Lake Charles College Prep’s 16-game district win streak with a valiant defensive effort that limited a Trailblazer squad that averaged 32 points per game to only 13 on Friday. The effort was spearheaded by Montet’s 19 total tackles (8 solo) in the contest with 1.5 of those tackles for a loss. Montet is among the top defensive backs in the state with an average of 13 tackles per game.