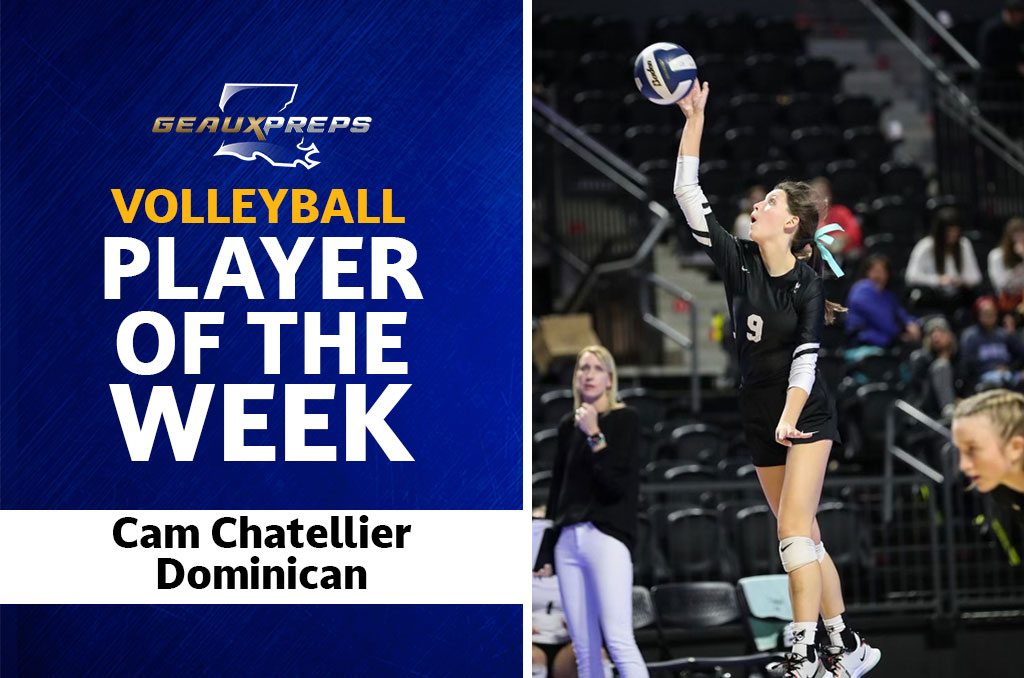 Dominican’s Cam Chatellier earned GeauxPreps Volleyball Player of the Week honors as the weekly award of the season was announced Tuesday.

Offensive Player of the Week: Cam Chatellier, Dominican – OH
Chatellier capped an undefeated week on the court leading her squad to a Catholic League Tournament victory. The senior outside hitter finished with 69 kills and a .431 hitting percentage while accumulating 34 digs and eight aces over the course of the week. In total, her hitting percentage is .429 on the year along with a 54% kill percentage.