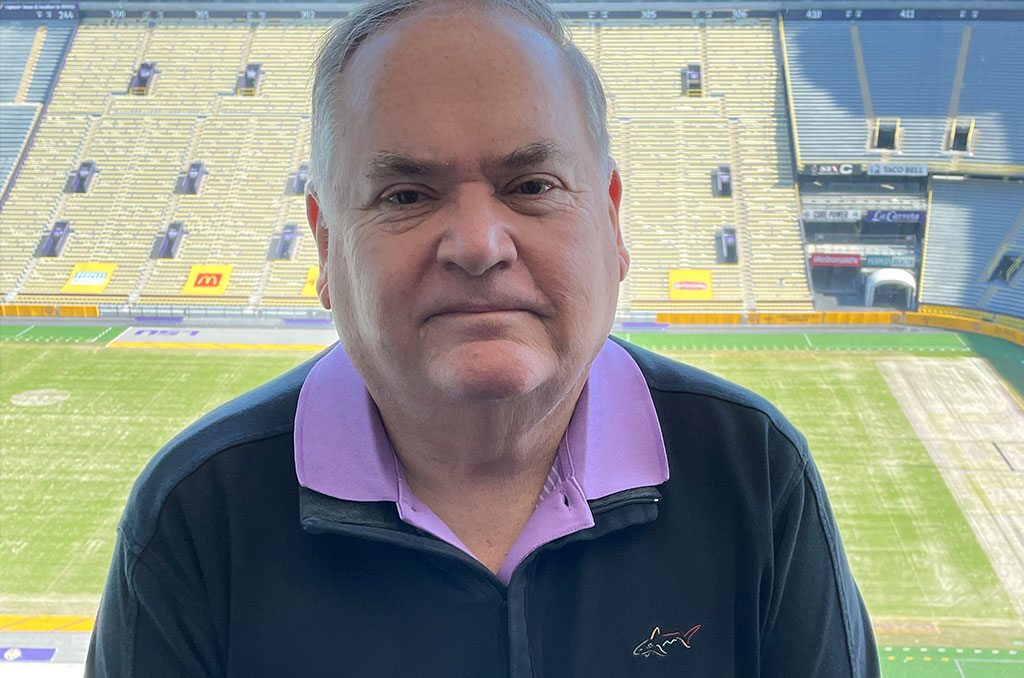 It looked as though the game was over and the New Orleans Saints were destined to lose. Again.

They had just fallen behind the Detroit Lions 17-16 in the closing seconds on Nov. 8, 1970, when kicker Tom Dempsey jogged onto the field at old Tulane Stadium to attempt a 63-yard field goal.

Saints wide receiver Danny Abramowicz said later he’d already started heading out of the field toward the locker room, thinking Dempsey faced an impossible task. Walking down the stands near the goalposts where Dempsey was aiming, Sheldon Mickles’ friend Keith Bischoff was trying to get him to also make an early exit.

“Billy Kilmer had just thrown a pass to Al Dodd,” Mickles said, “a little out pattern, and he ran out of bounds (with :02 left). On the scoreboard it said the ball was on the 45-yard line. What we didn’t know was it was on the Saints’ 45.

But Mickles wanted to stay to the end. Dempsey’s right foot thumped into the ball, which sailed over the crossbar (goalposts were on the goal line then) for the 19-17 win and what was then an NFL record kick.

His ability to remember details others have long forgotten, his dedication to the craft and his willingness to see a story through to the end have been the touchstones of Mickles’ 43-year career.

“He approaches each story he covers with great respect for everyone involved and the audience,” Ireland said. “It doesn’t matter if I’m sitting in Natchitoches reading to see how he treats the Northwestern State NCAA track and field qualifier, or if he’s focusing on one of the dozens of LSU athletes, it’s a great, satisfying read.

“I’m sure if Sheldon got assigned the Alaskan sled dog races, he would make readers care about that. He’s as good a reporter, and as smooth a writer, as we have in the LSWA (Louisiana Sports Writers Association).”

Mickles has been a stalwart in the LSWA throughout his career, notably serving as the organization’s president as well as working as the longstanding chairman of the Hall of Fame’s nominations subcommittee, which reviews new candidates annually. He has also spearheaded the yearly LSWA Writing and Broadcasting Awards with dear friend Glenn Quebedeaux since the early 1990s.

“You cannot understate Sheldon’s far-reaching impact on the LSWA and the Hall of Fame,” said Ireland. “He’s a cornerstone of both, and he’s been a wonderful influence on his colleagues.”

Mickles grew up in Gretna, where his first job was as a paperboy for New Orleans’ long-defunct afternoon paper, the States-Item.

“My neighbor across the street had a route but he quit, so I took over in ’67 when I was 11-years old,” Mickles said. “When the papers would come, I’d sit on the floor and read the sports section from front to back, so sometimes I’d be a little late delivering them.”

Mickles caught the sports bug from his late father, Anthony, an infantryman who served in World War II during the famous Battle of the Bulge. Dad was a New York Yankees and New York football Giants fan, so his son followed them as well. By the time Mickles was tossing the States-Item into front yards, he knew most of the major league batting orders by heart.

While finishing his degree at LSU, Mickles started his journalism career in 1978 with the State-Times, the afternoon-published sister newspaper of The Advocate. It’s been a career that has led him to more different places and onto more beats than just about any active sportswriter in Louisiana.

Starting off covering LSU sports, in 1984 he began a 30-year stint covering the New Orleans Saints that took him to 540 games – 16 of those in the postseason, including of course the Saints’ winning turn in Super Bowl XLIV – plus 17 other Super Bowls.

As befitting someone who grew up in New Orleans, covering the Saints’ 31-17 win over the Colts to claim what is to date the franchise’s only Vince Lombardi Trophy was the highlight.

A lowlight, at least professionally, isn’t easy to forget.

It was the 1991 regular-season finale at Sun Devil Stadium. The Saints clinched their first NFC West title with a 27-3 win against the then-Phoenix Cardinals. With his main story half-written during the one-sided contest, Mickles headed downstairs for interviews.

When he returned to the press box, his laptop was gone.

“I guess they must have been desperate for a story,” Mickles said with a grin.

He ended up borrowing a computer from the probably embarrassed Cardinals staff before dictating word by word to the copy desk back home.

Despite all the challenges of deadlines and a nation full of datelines and, yes, the occasion of the purloined laptop, Mickles has cultivated an impeccable reputation among those he has covered.

“On top of that, he’s just a really good guy and really knowledgeable about the Saints.”

It’s easy in sportswriting, especially when you cover America’s most popular sports league, to dread having to tackle sports that don’t generate as much glamor.

But Mickles always had an affinity for track and field over his career as well, having covered LSU track his entire career and being on site to pen words about 24 of the program’s 32 NCAA championships.

“A lot of times sportswriters might call me and don’t know anything about the sport, and I’ve got to educate them,” LSU track and field coach Dennis Shaver said. “I never had to do that with him.

“He is so educated about it, at times I’ve felt I was learning something from him because he studied it so well. You can’t come up with those questions without doing your homework.”

Pat Henry, who coached LSU track and field for 17 years and has spent the past 17 seasons at Texas A&M, also appreciated Mickles’ ability to go beyond the typical coach-writer relationship.

“He always knew the people who would be competing for us and the teams we compete against,” said Henry, who is also being enshrined Aug. 28. “It meant something to him, and he wanted his readers to get more than the typical track and field story.

“Sheldon is a guy I could have a conversation with. It’s not writer and coach all the time. Man-to-man, I appreciate that. Sheldon’s a good friend.”

After leaving the Saints’ beat, Mickles returned to his roots covering LSU sports, He has been The Advocate’s beat writer on men’s basketball while also covering football, track, gymnastics, and the PGA Tour’s annual stop in Louisiana at the Zurich Classic of New Orleans.

He has served as president of the LSWA and is deeply involved in the Louisiana Sports Hall of Fame selection process as well as the annual LSWA writing contest.

“One of the great little joys in my life is now being a supervisor to a handful of writers I grew up reading,” said Perryn Keys, executive sports editor of The Advocate and The Times-Picayune. “From the outside, Sheldon always looked like the consummate pro. Come to find out that’s exactly what he is.

“You can count on him to be on time and on the money – doing exactly what he’s supposed to do. If you tell him it’s Easter, he makes Easter eggs. Dependable as can be. That sounds easy in theory, but it’s incredibly rare in practice. There’s a whole bunch of us who are thankful for that, and thankful to him.”

It didn’t take LSU men’s basketball coach Will Wade long into his tenure to develop an appreciation for Mickles the way Loomis, Shaver, Henry and Keys did, learning of his attention to detail as well as his ability to work with a coach amid an atmosphere of mutual respect.

“He’s a consummate professional,” Wade said. “Very, very diligent about his job. He never wants to miss anything. He’s always on top of things.

“I’ll never forget we get off the bus at Florida. (Charles) Manning had broken his foot and no one knew. I said, ‘You can release it (online) 30 minutes before the game,’ and that’s what he did. It’s one of the things I respect about him. You let him know something and he’s going to try to do it at the right time and in the right way.”