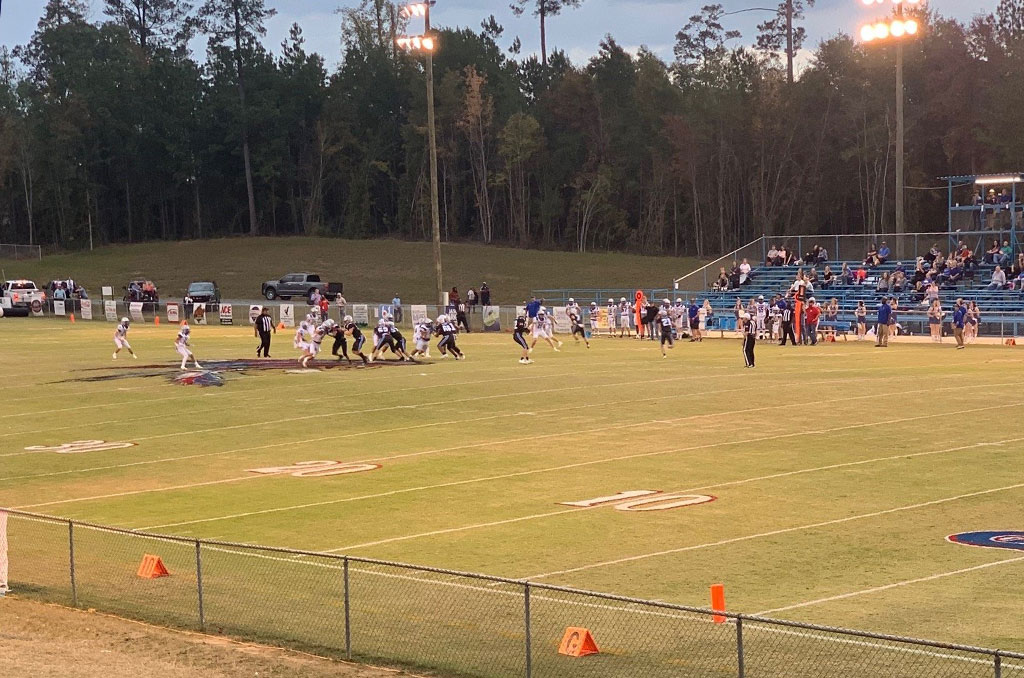 Coach David Feaster and his staff have a ton of playoff experience when it comes to competing in the Louisiana High School Athletic Association, but the Glenbrook football program does not.

However, that all changes Friday night as Catholic of Pointe Coupee comes to town for a second-round bout against the Apaches in the Select Division IV bracket.

Glenbrook, in its second year since joining the LHSAA, makes its playoff debut following a first-round bye. The Apaches are riding the state’s longest win streak with 16 straight wins and look following an undefeated regular season that resulted in a District 1-1A title. Standing in the way of that are the Hornets from Catholic-PC who boast one of the best records in the bracket and are coming off a 50-66 drumming of Central Private in the opening round last week.

The scouting report for the Hornets looks like something from the 1960s era of football. Run the ball and play good defense. With a ground game that could attract a rare grin from Nick Saban, Catholic is a team that can control the clock and takes possessions away from their opponent.

Glenbrook is the opposite. The Apaches want to score as fast and often as possible. With Coach Feaster signaling in the plays to junior QB and his son Ty Feaster, it’s like poetry in motion. Feaster is often times considered a “Mad Scientist” when it comes to offense but what oftentimes makes an offensive guy more confident is knowing his defense can stop its opponent should the situation arise.

Coach James Thurman has the Glenbrook defense playing with confidence and focus. Led by senior linebacker Hayden Harmon, the defense is gritty, fast, and smart. The Apache defense is hard to rival with big sophomore nose tackle Daivari Jackson plugging up the trenches. The Hornet’s run game will have to try and test the edges and there they will be met by junior linebacker Landry Powell. If the Hornets are able to test the secondary, senior Dayton Simms or Maddox Mandino will be there ready and able to make a big play. Coach Thurman was quoted when asked about the playoffs, “We have had a storybook season so far, but the regular season is behind us, and its time for us to go write our own ending,”

The journey on which this team of Apaches is traveling has been years in the making and was not built in a day. This group of seniors helped start the Glenbrook little league sports group when they were in elementary. The hope is that the success that this team has worked towards since its little league days will eventually pay off with a trip to New Orleans but work must first be done in order to get there.

This Friday, the only football game in Webster Parish will be out on Country Club Circle in Minden at Glenbrook School. Come on out and watch a great game between two teams with a combined record of 20-1 on the season.