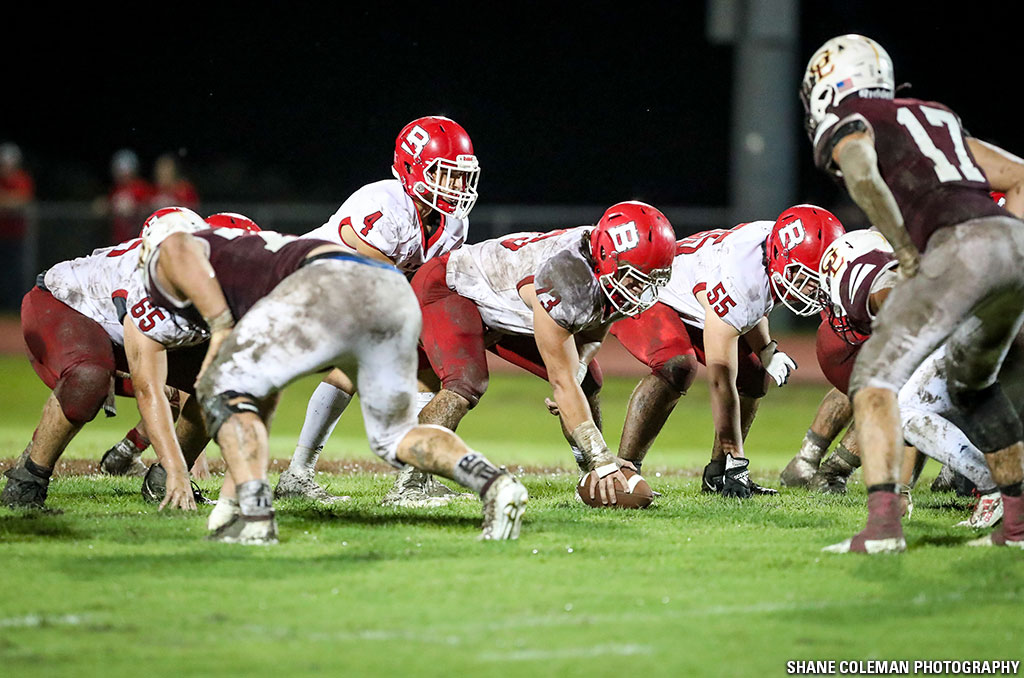 What a rush! The St. Frederick football improved to 5-0 in road games this season with a 31-7 upset of No. 6 Vermilion Catholic Friday night. The Warriors’ success in away games during the regular season has translated into big situations during the playoffs. Both of St. Frederick’s postseason wins have come on the road and against higher seeds. The Warriors hope to continue the magic Friday night when they travel down to Baton Rouge for a semifinal showdown with No. 2 Southern Lab.

The regulation periods were not enough for three playoff games last week as two went into double overtime and the other a close finish.

A slew of upset victories occurred in the second week of the LHSAA football plays as 14 higher-seeded squads were upended throughout the nine brackets. Class 1A saw three upsets, the most amongst all brackets.

Loreauville was the highest seed through each class and division to suffer defeat at the hands of a lower seed. The Tigers, ranked No. 2, were upset by No. 15 Franklin. West Feliciana, a No. 20 seed in Class 3A, was the lowest-ranked school to score an upset when the Panthers toppled No. 4 Iowa, 35-27.