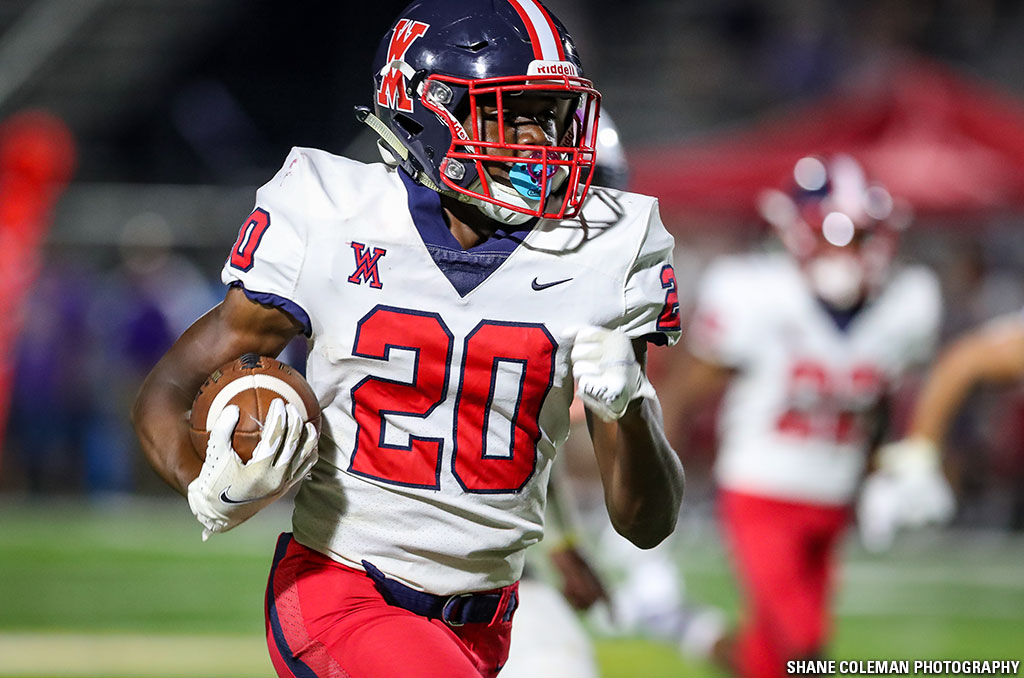 Still two weeks from opening the 2021 football playoffs, the first look at the LHSAA’s reclassification process for 2022-23 and 2023-24 has already piqued interest and title implications for the years to come.

At least 11 schools to have played for football state championships in the past five years, including a combined 13 titles in that span, are projected to compete in new classifications beginning next fall.

Member schools have until Tuesday, Nov. 2, at noon to appeal the submitted enrollment numbers and until Wednesday, Nov. 3, at noon to confirm decisions to “opt up” into higher classes.

Those moves significantly shake up the playoff picture at every level in just the first step of the LHSAA’s reclassification process.

Edna Karr’s first foray into Class 5A will generate more buzz than any other. And rightfully so.

The Cougars have developed into as dominant and prominent a program as any in the state during their two decades in Class 4A, including six-four straight state championships and six straight appearances.

But now coach Brice Brown and company will see a full Class 5A slate and bracket for the first time.

And he has told WGNO in New Orleans on multiple occasions he would like his team to join the well-known Catholic League district with John Curtis, Archbishop Rummel, Brother Martin, Jesuit and St. Augustine.

Karr has played John Curtis and St. Augustine regularly in recent seasons with mixed results, split matchups with Brother Martin in 2015 and 2016 and beat Jesuit in 2009 and 2010.

The Cougars would follow the precedent of Chalmette and Slidell as previous public schools to participate in the Catholic League.

More than half of those shifts carry some familiarity — and success.

Carencro competed in District 3-5A against Acadiana, Barbe, Comeaux, Lafayette, New Iberia, Sam Houston and Sulphur during the 2011-12 through 2014-15 school years, including a 2011 state runner-up run.

The Bulldogs won eight playoff games during that span, including a pair of semifinal runs.

Calvary Baptist won its first two state championships in 2013 and 2014 at the Class 2A level in the select schools’ Division III bracket before adding its third this past December during what appears to be just a three-year stay in Class 1A and Division IV.

And longtime powerhouse Evangel has moved all over the classification ladder, depending on the rules regarding “playing up,” before returning to Class 2A for these past three years. The Eagles were perfect against in-state competition, including a pair of state championships, during their most recent drop to Class 1A in 2005-06 and 2006-07.

That group alone makes for a lot of key additions and subtractions.

And, again, those 11 teams are only the most prominent tips of the icebergs.

Karr may take west bank neighbor Archbishop Shaw’s position in the Catholic League, as the Eagles drop from Class 5A to Class 4A.

Both Holy Cross and Archbishop Shaw are slotted in as Class 4A teams. Each did so in 2018, as well, but opted to “play up” and have a week to potentially announce similar plans.

Northwood (Shreveport) and South Lafourche are projected to join Carencro and Karr in the climb from Class 4A to Class 5A, while Belaire, St. Michael and Vanderbilt Catholic are slated to fall to Class 3A.

Booker T. Washington (New Orleans), Bossier, Brusly and McDonogh 35 would move from Class 3A to Class 4A.

And current District 1-3A rivals Green Oaks, Loyola College Prep and Mansfield all look bound from Class 2A.

Jeanerette would fall from Class 2A to Class 1A.

The LHSAA will continue to accept appeals and decisions to “play up” for the next week before diving into the district lines.

Like Karr’s potential addition to the Catholic League, several new circumstances bring with them new storylines and intrigue.