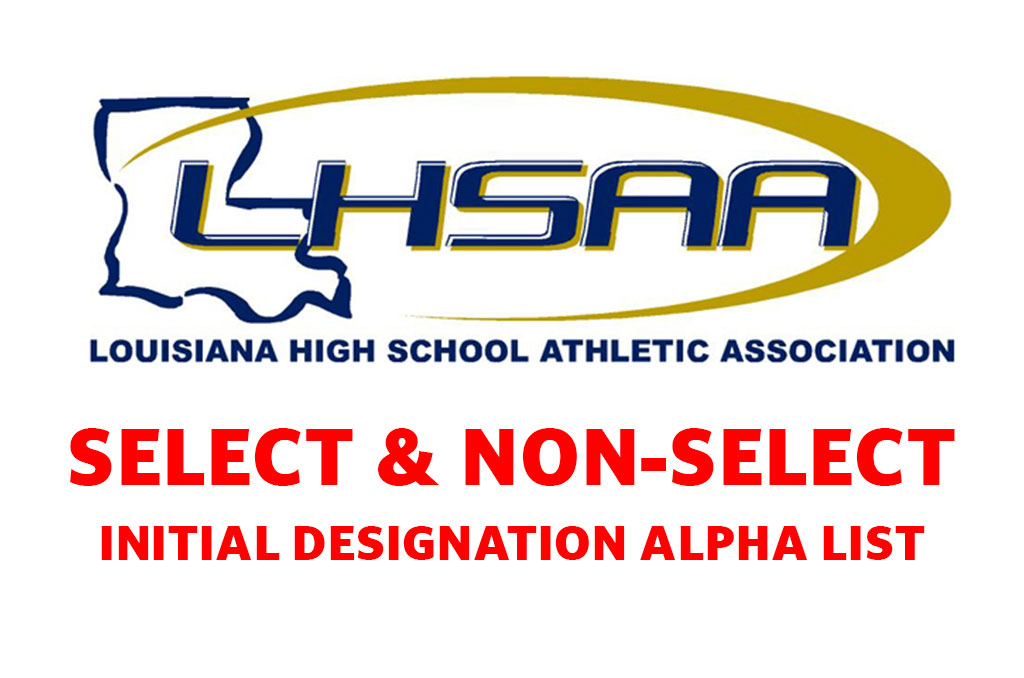 BATON ROUGE – The LHSAA has released an unofficial, alpha list of schools that are now deemed either a Select or Non-Select school according to a newly approved definition passed by the association’s executive committee.

In a preceding memo released to the organization’s membership, executive director Eddie Bonine advised that the initial list of schools is reflective of information utilized from the LHSAA member site and data obtained from the Louisiana Department of Education, all of which is pertaining to those student/parent education choice opportunities defined and offered in various parishes statewide.

The executive committee, in a 16-5 vote, approved redefining the term Select during last week’s summer meetings. Under the new definition, any member deemed to be lab schools, magnet schools, schools with magnet components, charter schools, parishes that allow open enrollment at all its public schools and tuition-based schools in the definition will now fall under the select category beginning in this fall.

Schools have 15 calendar days, until June 21, to submit in writing to the LHSAA office describing the reasons why its designation is inaccurate. The new definition is set to become effective July 1, 2022, and will be in effect for the entire 2022-2023 sports season.

According to the LHSAA, the following have been the frequently asked questions:

Question: Will there be re-districting?

Answer: No. Basic playing districts approved for the 2022-2024 classification will not be affected.

Question: Will there be a need to reschedule games?

Answer: No. Select and Non-Select is strictly for postseason competition.

Question: When will we see the “Division Sports” assigned divisions (I.e.) football, basketball, softball and baseball? AND how many divisions will there be?

Answer: Once a member school’s appeal(s) has been reviewed by the LHSAA Executive Committee and a final designation has been approved by them in July 2022 the office will prepare and disseminate in a timely manner. Shortly thereafter, those division sports will be assigned accordingly.