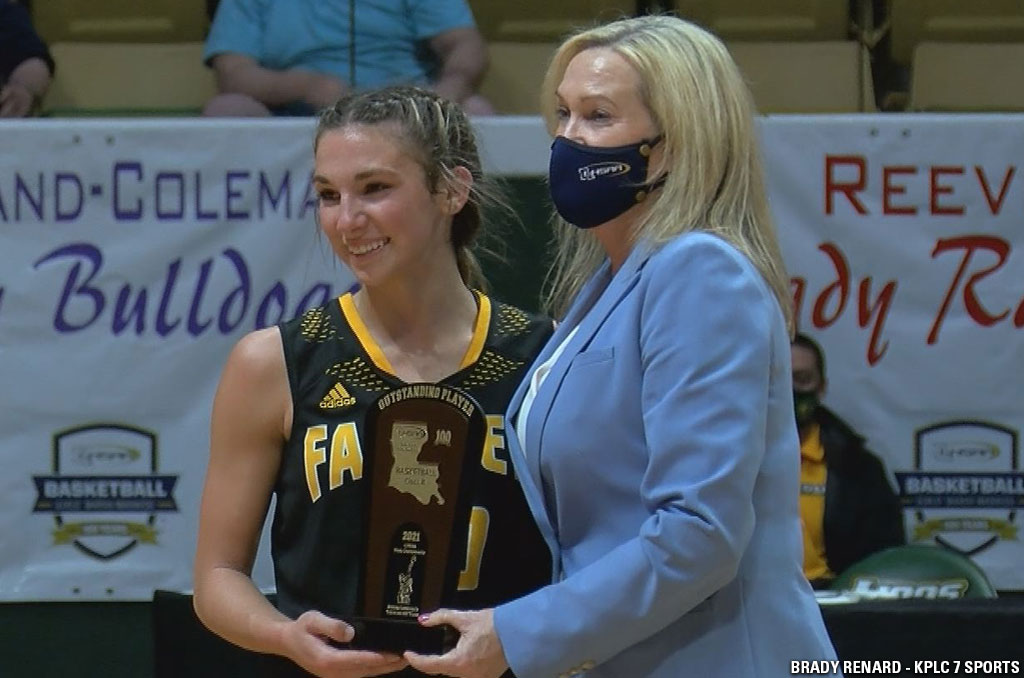 By Daniel Green // Written for the LSWA

Jinks averaged a triple-double while leading Fairview to a second consecutive LHSAA title and the 11th championship. Tebbe averaged a double-double in leading Anacoco to a 37-3 record and state runner-up finish.

As a result, Jinks and Tebbe were selected as the Outstanding Players on the Class B All-State basketball teams as chosen by a panel of the Louisiana Sports Writers Association.

Jinks averaged 17 points, 10 rebounds and 10 assists per outing for Fairview, while Tebbe was responsible for 16.8 points and 10.2 assists for Anacoco.