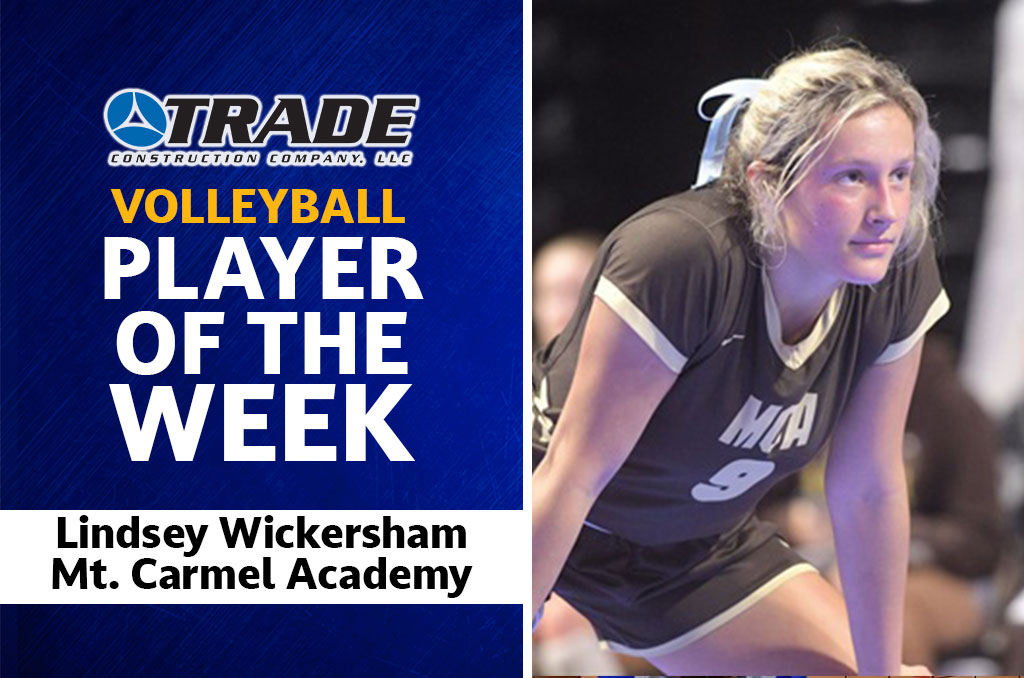 Volleyball honors are nominated by the school’s head coach. To nominate a student-athlete, the head coach may submit statistics, team win-loss records and other supporting information to hbower@geauxpreps.com by 10AM each Tuesday.

Volley Cubs outside hitter Lindsey Wickersham led her team in kills on the week with 30 in a pair of convincing victories over Chapelle and top-ranked Dominican. She put down 13 kills on Tuesday and followed that up on Saturday with 17 put-downs. She also finished with 30 total digs, getting 17 against Chapelle and 13 against Dominican. With the victories, Wickersham helped her squad jump to No. 2 in the latest VSN Volleyball Power 10 rankings.