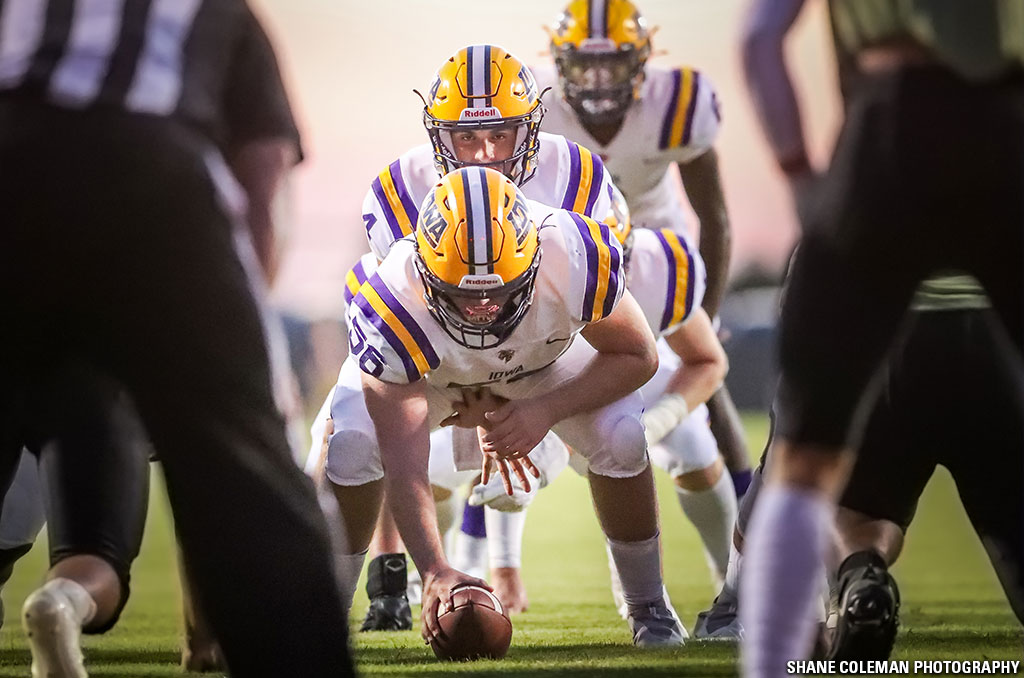 The cream of the crop always rises to the top. Friday’s District 6-2A tilt between Lafayette Christian and Notre Dame will provide the answer of who will rise to the top of the power ratings at game’s end. The Knights stand at No. 1 in Division III while the Pios, currently sitting at No. 2, look to climb into the top spot with a win. Both squads have won two of their last three games and opened district play last week with convincing wins. Lafayette Christian has not lost a district contest since 2017. Will Notre Dame be able to end the streak at home in front of a capacity crowd?

It will be No. 1 vs. No. 2 Friday night when the University Lab Cubs battle the defending Class 3A state champion Madison Prep Chargers for Class 3A supremacy. Both programs have been offensive juggernauts on the gridiron this season while stifling all efforts from opposing squads. University Lab is averaging almost 42 points per game and has posted three shutouts so far this season along with just 27 total points allowed. Madison Prep strolled to wins in their last three on-field games including a 72-0 shutout of Collegiate-Baton Rouge last weekend. Expect no one to be sitting the entire game and hope that the scoreboard can keep up with what could either be an offensive slobber knocker or an old-fashioned, low-scoring affair.

DeRidder and Leesville meet for the 100th time Friday night in the “Battle for the Hooper Trophy”. The rivalry will be renewed after last season’s scheduled contest was canceled due to the pandemic. DeRidder will be tasked with stopping the red hot Leesville offense anchored by tailback Caleb Gallashaw who has rushed for 777 yards this season. The Dragons have only allowed seven points in their last two games while the Wampus Cats are averaging 41 points per game in their last three outings. With bragging rights on the line, this game could also play a key factor into who is named District 3-4A champion at season’s end.

G.W. Carver hopes to extend its winning streak on Friday in a huge district contest against Warren Easton. Carver has only just 21 points in all four games and no more than 13 points in a single game. Easton’s early-season schedule included the likes of nationally-ranked Catholif-BR as well as Edna Karr to help get the Eagles ready for a challenging district slate. Look for both offenses to score early and often as the two battle in the Saturday afternoon sunlight.

Ruston has been rolling since a close season opening loss at Neville. The Bearcats have put together a string of five consecutive wins, including two shutouts, to go atop of the district leaderboard. However, they must not lose sight of what is at stake when they hit the road to battle much-improved Ouachita Parish. The Lions’ only losses have come to Neville and Dutchtown while defeating a good Union Parish squad along the way. Ouachita must find a way to stop the state’s leading rusher as Dyson Fields has been tearing up the gridiron with over 1,200 yards rushing on the year. Can the Lions use the home field to their advantage and squeak out a much-needed district victory over one of the league’s most talented squads?

For the first time in a long time, Natchitoches Central are in the picture. However, it is no fluke and there has been no easy road. The Chiefs have earned each win to start out the season 6-0 for the first time since 1996, highlighted by a 23-10 victory over last year’s Division I runner-up Byrd. They will have to tighten their cleats just a bit more this Friday as they take on red-hot and undefeated Captain Shreve. The Gators sit atop the Class 5A power ratings and are ranked in the Top 10 of several statewide polls. All the momentum lies with the home team as the new and improved visiting squad continues to learn how to win. Natchitoches has won two of its last three contests on the road and looks to add a third in what would mount to one of the biggest upsets in 2021.

Other Top Area Games: Avoyelles at Many; Benton at C.E. Byrd; Bossier at Loyola Prep; Evangel at Northwood (SH); Mansfield at Green Oaks; Neville at Minden

Newman and St. Charles must only play a contest of this magnitude in a collegiate football stadium for one reason. They might not be able to fit all of the fans and other spectators at any other field. The two undefeated squads will come together and battle it out for a piece of the District 11-2A crown Thursday night. The Comets will be tasked with stopping top-recruit Arch Newman and the red-hot Greenie offense. It won’t be a cakewalk as St. Charles has posted three shutouts in four games and has allowed just 14 games total. Newman has been no slouch on the defensive side, however, allowing just 28 points in four games.

E.D. White hopes to stay perfect on the year while Patterson aims to improve its positing in the state power ratings with a huge win Friday night. Both squads are in the Top 3 of their respective power ratings and hope to remain there but it won’ be an easy task. The Lumberjacks must rely on quarterback Caylon Davis who has thrown for over 1,200 yards and nine touchdowns this season. The Cardinals have only allowed two touchdowns on defense this season and look to shut down a Patterson squad that averages 30 points per game.

This may not be a game that looks enticing on paper but it could prove to be a huge win should Jennings provide an upset at home over undefeated Iowa. The Bulldogs are looking for their first signature victory of the season after beginning district play with a 62-42 shootout win over St. Louis last week. Iowa has continued to dominate on the gridiron where it has outscored its last two opponents by a combined 91-7. The Yellow Jackets will need a win to stay within the Top 10 of the Class 3A power ratings while a win could help propel the Jennings squad into playoff position with the postseason drawing near.