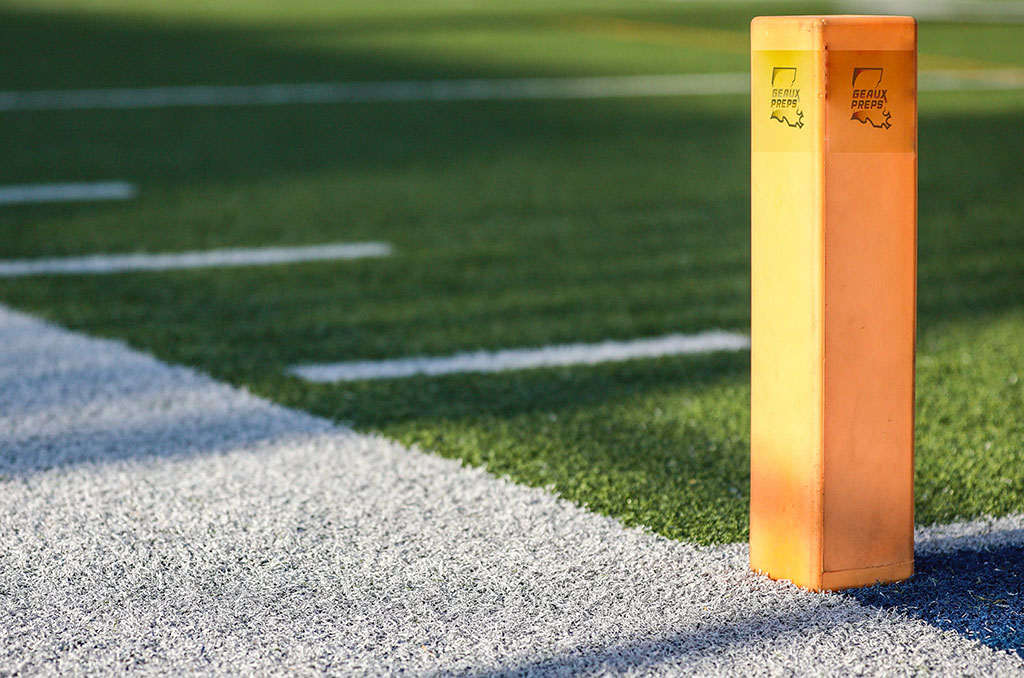 The Bears are looking to earn more power points this week in a highly-anticipated contest against Class 5A’s Brother Martin. The Crusaders come into Lafayette with an undefeated mark on the season and have scored 40 or more points in three consecutive games. Carencro has won three straight after falling in back-to-back games against Lafayette and Ruston. A win for the Bears would not only provide a huge upset but could help propel them in the Class 4A power ratings used to determine seeding for the state playoffs. Expect a great atmosphere on both sides.

Zachary has out to prove that it is the top team in Class 5A and that train won’t stop rolling Friday night in an important district contest against Scotlandville. With both squads boasting talented and highly-recruited quarterbacks who rank among the best in the state in passing yards, expect a high-octane showdown. The Hornets are led by C’Zavian Teasett who has thrown for over 1,500 yards and 12 touchdowns while Zachary’s Eli Holstein has not thrown an interception in 86 pass attempts this season. Plenty of weapons are at the disposal of each quarterback but can the defenses hold their own and stop that last offensive drive? It will prove to be the difference.

Avoyelles is out to avenge its district loss to Many last week and what better way to do so than get a good power point victory over Class 3A’s Marksville. The Mustangs could potentially get 14 points out of a win over the Tigers should they be able to go on the road, for the third week in a row, a crank out a good win. However, don’t expect Marksville to just lay down as the Tigers had an extra week to rest and prepare for the red-hot Mustangs after receiving a forfeit win. The Marksville defense has allowed just 22 points in its last two on-field games and looks to keep getting better as the season progresses.

Other Top Area Games: Logansport at Northwood (Lena); Many at Holy Savior Menard; Peabody at Leesville

B.T. Washington has gotten off to a tremendous start in district play, outscoring its first two foes 79-7. However, the Lions will have their hands full when they face off against a hard-working M.L. King Charter squad that is 3-2 on the year and is still in the mix of the District 10-3A race. A win could put King back near the top but it will take a near-perfect game and an outstanding effort from the defense to stop the Lions’ offense. Expect a close game with both teams determined to stay at the top of the mountain.

This district showdown means everything to General Trass. It is what the Panthers have been working for since the arrival of head coach Toriano Wells. A team that was not even in the conversation just a few years ago will compete for a district title Friday night against a tough Mangham squad. General Trass is in the middle of enjoying a seven-game stretch, its longest since 1963, and hopes to extend that streak. The Panthers have played lights-out defense as of late, allowing no more than six points over the last five games. The Dragons have won five consecutive games and outscored those opponents 195-29. Mangham, Louisiana will be rocking Friday night with one of General Trass’ biggest games in a long time. Can the Panthers continue to dominate the gridiron or will Mangham play the role of villain and upset the undefeated visitors?

North Webster is one of the best 3-4 teams in the state and could easily be undefeated if not for a few miscues in its last few games. The Knights will get the opportunity to right the ship Friday night when they head over to Shreveport for a district contest with leader Loyola Prep. The Flyers have won their first two contests in league play and hold sole possession of first place. Loyola has not lost an on-field contest at home this season while North Webster plays only its second game away from home, the last coming at Minden back in September. A physical but fast-paced game will be on tap for all spectators who attend the District 1-3A showdown at Messmer Stadium Friday night.

Pearl River and Salmen will battle it out for the top spot in District 9-4A Friday night when the two squads open league play against each other in Slidell. The Spartans have won five straight since a season-opening loss to Northshore while the Rebels are winners of three of their last five contests. Pearl River’s Brian Jenkins ranks among the top running backs in the state with over 1,150 yards rushing and hopes to have another great offensive showing but will go up against a tough Salmen team that has limited opponents to seven points or less in four of six games played.

It’s a game where nobody wants to lose but someone has to take it. Lutcher is red-hot as it has won five straight to gain attention from the state’s media while E.D. White is the established favorite to be a hot playoff contender. The Bulldogs have garnered its praise for good reason with an upset win over St. James a few weeks back followed but a shutout over Berwick to start league play undefeated. The Cardinals have given up just 12 points all season long, posting four shutouts in the process. With victories over Assumption and Donaldsonville, E.D. White has positioned itself as the clear favorite to be the top team in 9-3A but Lutcher will not go away quietly. Expect the Bulldogs to use its momentum to go in and give its best performance of the season.

One team hopes to keep its perfect season intact while the other hopes to get back into the race for the district crown. Iowa has played a near-perfect slate over the last few weeks and is unstoppable on offense, with its lowest scoring effort coming against Kinder in a 41-18 win. Westlake suffered its first loss of the season to a talented Lake Charles Prep two weeks ago but rebounded to stay in the district championship picture. A win over the Yellow Jackets would give the Rams a much-needed boost in its bid for the automatic spot in the Class 3A playoffs.