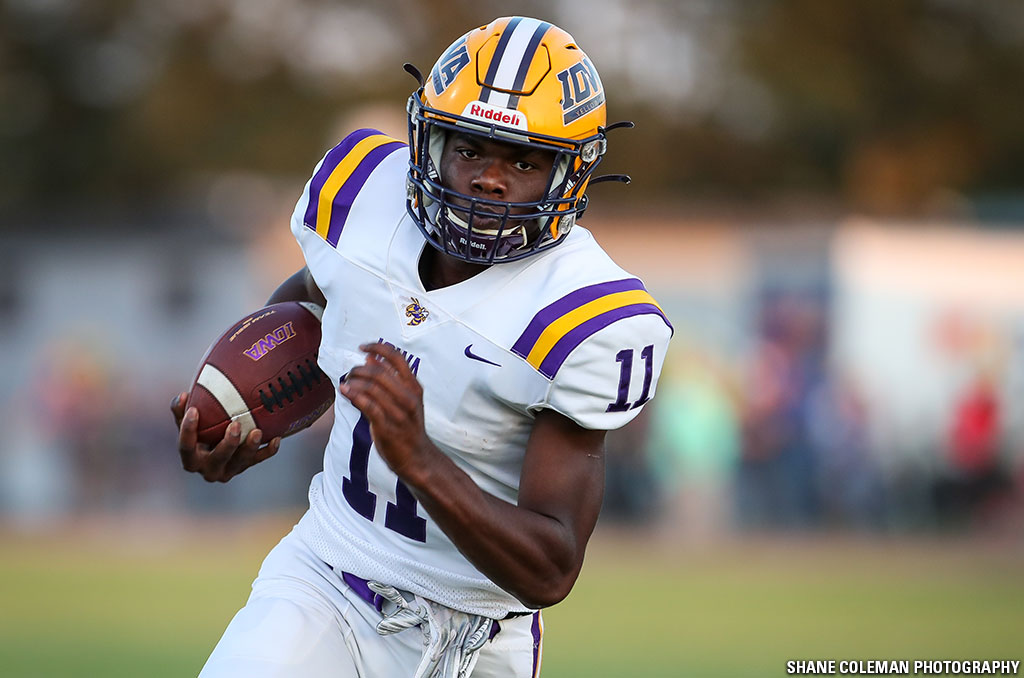 The battle for District 7-2A comes to a head Friday night when undefeated Loreauville welcomes league foe Ascension Episcopal to town. The Blue Gators look to upend the ranked Tiger squad with its fiery offense led by Cade Dardar, who has thrown for nearly 1,800 yards this season. The showdown will most likely determine the district champion and automatic playoff bid winner but it won’t come without its challenges. Ascension Episcopal has posted three shutouts this season but has struggle as of late, allowing 71 points in its last two games. The Tigers are perfect on the year and are averaging 37 points per game in their last three games.

Could Central High do the impossible? A gigantic victory against red-hot Zachary would surely throw a monkey wrench into the District 4-5A race. However, don’t expect the Broncos to go down without a fight. Led by one of the top quarterback recruits in the state in Eli Holstein, Zachary is averaging nearly 46 points per contest against some of the top teams in Louisiana. Central’s two losses have come at the hands of undefeated University Lab and league foe Scotlandville but the Wildcats have won four of their last five including wins over Northwood-SH and Denham Springs.

Leesville has finally hit its stride and has the ball rolling with four consecutive victories despite a 2-2 start to the season. The Wampus Cats will have to make the most of their recent success in a showdown with the Indians this week as the winner has a great chance of being named the 3-4A champion. Tioga has struggled in its last couple of outings, having only won two of their last five. However, the Indians have prepared themselves for this game by playing strong opponents in Byrd, Many and Jena. Leesville has not scored fewer than 42 points in its last four games as Caleb Gallashaw anchors the Wampus Cat offense with over 1,220 yards on the ground. Expect a slugfest between the two league rivals in the race for the district title.

South Plaquemines is off to its best start in recent years and has a chance to make waves this Friday night when it takes on league favorite St. Charles. The Hurricanes have rattled off five straight wins since dropping the season opener to Belle Chasse back in September. However, the Port Sulphur school will face its first true test of the season as its last five opponents hold a dismal 2-26 combined record. The Comets, however, know that South Plaquemines always brings its “A” game and its championship pedigree into the big games. St. Charles will be awaiting with defense in tow as the Comets have surrendered just 21 points in six games, including holding an Arch Newman-led offense to just one touchdown.

Oak Grove dropped its first game to Cedar Creek for the first time since 1993 last week. The Tigers were not pleased with the outcome but if they are not focused on this week, their opponent could accomplish another feat. The St. Frederick Warriors are chomping at the bit to snag a win over the defending Class 1A champions for the first time since 1996. Head coach Andy Robinson has his squad as laser-focused on what could be another defensive thriller. The Warrios have posted three shutouts this season and only allowed seven points in the last two games. Despite its four losses on the year, Oak Grove is still one of the top teams in Class 1A and tradition alone can help win games.

It’s the game that everyone has waited for. Captain Shreve is enjoying undefeated success for the first time in three decades and has no plans to loosen the reins in District 1-5A. However, C.E. Byrd will have something to say about that as the defending league champion look to take down the might Gators Thursday evening. Shreve showcases athletes at almost every position and can switch them at any time. It will take a disciplined game plan to outwit the district leader and that is what Byrd is known for. The Yellow Jackets are a hard-nosed football team that will try and wear down foes with their strength and conditioning. There will not be a lack of offensive production in this game. The only question that remains to be seen is can Captain Shreve seal the deal in the chase for its first undefeated league mark since 2005.

Ponchatoula has not been stopped all season. The Green Wave is defeating their opponents by an average score of 45-9 including a 63-0 shutout of Fontainebleau last week. Can St. Paul’s provide an answer for the offensive juggernaut? The Wolves lost to Zachary in the opening week of the season but has not looked back with six straight wins, including five in district play. Friday’s contest will be for all the marbles as Ponchatoula looks to cement its place amongst the elite in Class 5A.

The Iowa Yellow Jackets are on another level this year with wins across multiple classifications. Lake Charles College Prep has played against some of the top teams in the state this season and thought its record may not be as attractive, make no doubt about it, the Trailblazers will be ready for a fight as the race to the District 4-3A crown ends in Iowa Friday night. Expect an all-out battle between the two squads as the Jackets look to avenge a loss to LCCP last season. The Blazers are 3-1 against Iowa in the overall series.