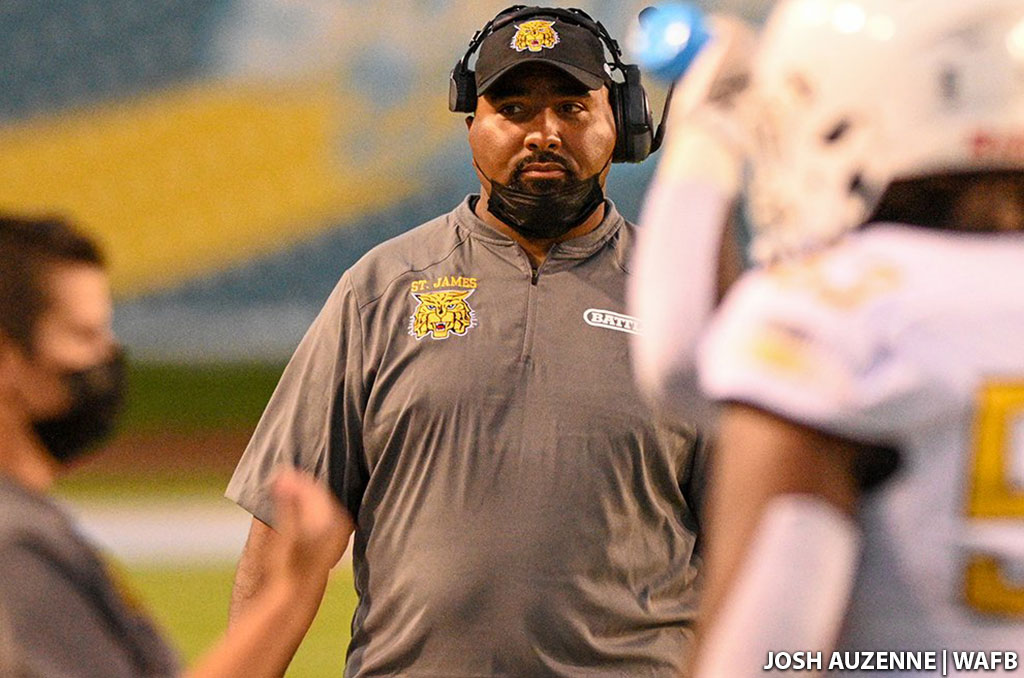 St. James High School is in the market for a new leader for its football program

Robert Valdez confirmed to GeauxPreps.com that he notified school administration of his decision to step down as head football coach and athletic director.

“I am fortunate to have worked for the best high school community in the state of Louisiana,” said Valdez.

The veteran coach compiled a 125-41 record in 15 seasons as athletic director and head coach at St. James, Scotlandville, West St. John and McKinley. He nabbed his 100th career win on September 22, 2019 in a 35-13 victory over Riverdale,

Valdez had the opportunity to coach 36 all-state selections from West St. John and St. James.

In six seasons at St. James, he collected a 60-29 record and helped guide the program to its first state title win in forty years in 2019. In an undefeated campaign, the Wildcats capped a 15-0 season with a 51-14 win over Jennings in the Class 3A championship game. Under Valdez, St. James reached the playoffs each season, having reached the quarterfinal round or better three times.

Prior to arriving in beautiful downtown Vacherie, he helped to build and maintain a high level of competition at several schools in Southeast Louisiana. Valdez spent one season, before his move to St. James, at Scotlandville where he led the Hornets to a 10-2 record and regional playoff round appearance in 2015.

In seven seasons as the head coach at West St. John, Valdez compiled a 60-29 record and led the Rams to a runner-up finish in the Class 1A title game in 2011.

Valdez served as head coach at McKinley High School in Baton Rouge where he led the Panthers to a 4-6 record.

Per the St. James Parish Schools website, applications for the position will be accepted through Friday, May 6 at 4 p.m.