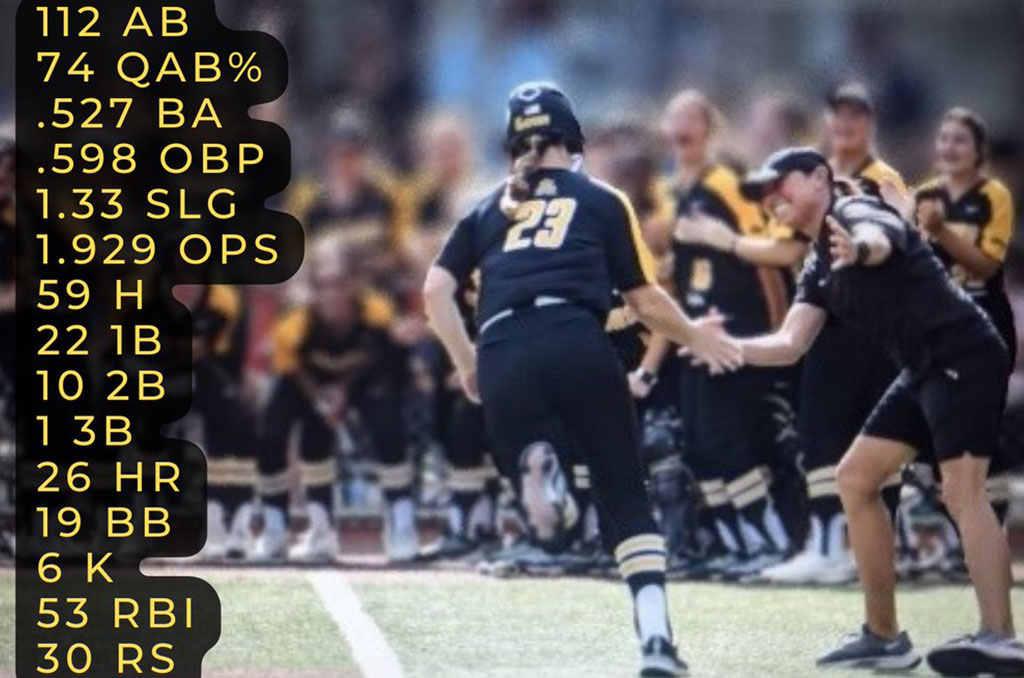 The 5-foot-8 junior right-handed pitcher led the Gators to a 30-2 record and the Class 5A state championship this past season. Jackson compiled a 30-2 record in the circle with a 0.86 earned run average and four perfect games. The District 5-5A MVP, she struck out 325 batters while allowing just 75 hits in 195 innings pitched. At the plate, Jackson compiled a .527 batting average with 26 home runs, 53 runs batted in, a 1.295 slugging percentage and 30 runs scored. She concluded her junior year with a school-record 47 home runs in her prep softball career.

Jackson has volunteered locally at no-kill animal shelters in addition to donating her time at nursing homes and as a youth softball coach. “Where do I begin? I’ll start by saying Addison is the real deal,” said Todd Schulz, head coach of Hahnville High School. “In the circle, her rise ball is dangerous and she can spot-up other pitches where she wants them. Her confidence and poise in the circle is remarkable, in and of itself. At the plate, she knows what she wants to hit and when she does, it can go a long way.”

Jackson has maintained a weighted 4.35 GPA in the classroom. She has made a verbal commitment to play softball on scholarship at Boston College beginning in the fall of 2023.

Gatorade has a long-standing history of serving athlete communities and understands how sports instill valuable lifelong skills on and off the field. Through Gatorade’s “Play it Forward” platform, Jackson has the opportunity to award a $1,000 grant to a local or national organization of their choosing that helps young athletes realize the benefits of playing sports. Jackson is also eligible to submit a short video explaining why the organization they chose is deserving of one of twelve $10,000 spotlight grants, which will be announced throughout the year. To date, Gatorade Player of the Year winners’ grants has totaled more than $3.5 million across more than 1,300 organizations.