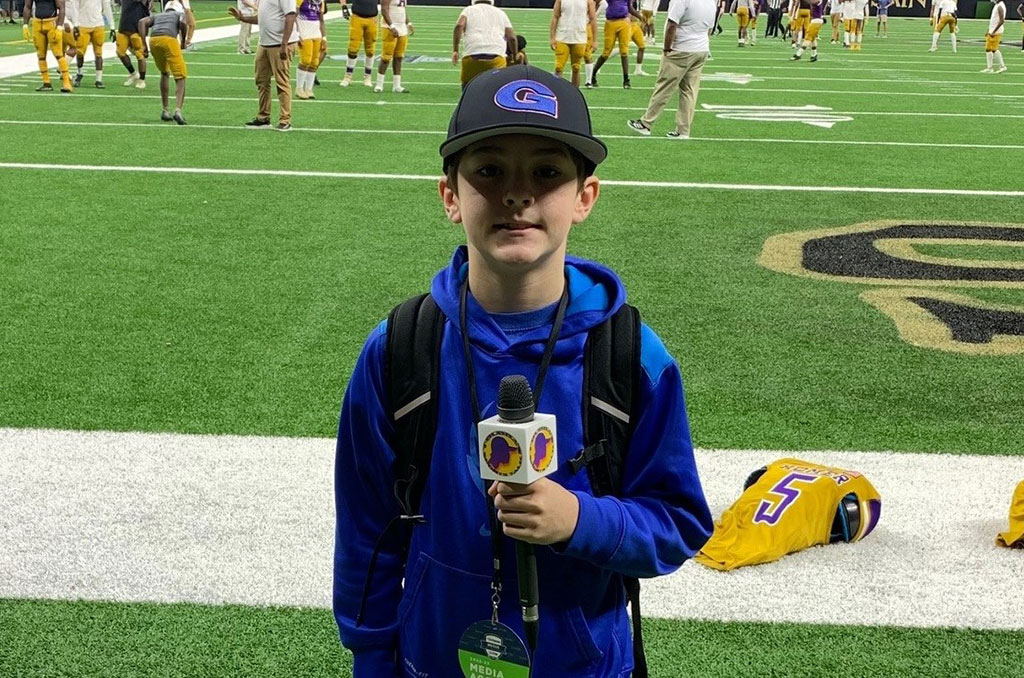 Every Louisiana high school football team’s end goal is to make the trip to the “Dome” for the State Championship down in the big easy, crescent city, NOLA, 504, or to you old people just plain ole New Orleans.

This year I put in a request to get Media Credentials to the LHSAA Prep Classic in the Caesars Superdome so that I could cover some of the games in hopes that my beloved Glenbrook Apaches would be in the Select Division 4 State Title game but after a 27 to 28 loss at the hands of Ouachita Christian School in the quarterfinals erased that dream for me.

The trip started with me and my dad leaving Minden Thursday morning early. On our way down South, we made a few stops but the best stop will always be Baton Rouge. No trip down to Baton Rouge or even New Orleans is complete without a stop at Chimes restaurant. We enjoyed some marinated crab claws (2 orders) and some oysters. After filling up on some good food, we had to go to LSU’s campus and check out my boy Mike VII, the live Bayou Bengal. We then got back on the road and headed South on I-10. We were able to park literally 5 feet from the media entrance to the Super Dome.

There were a lot of North Louisiana (318) teams in the title games this year. One of those teams was the Non-Select Division 4 State Champs from last year, the Homer Pelicans. The Pelicans made the State Title game after beating a very good Mangham Dragons team in the Semi-Finals. The Pelicans would face off with another North La football powerhouse, The Oak Grove Tigers. I fully expected the Homer Pelicans to beat Oak Grove but that was not the case. Oak Grove was able to shut out the Pelicans. The final score was Oak Grove 17 Homer 0. The score does not reflect how the game went because Homer had several good drives, getting down close to the goal and ended in turnovers. Homer Pelicans Head Coach, Richie Casey had his team well prepared, and I expect the Pelicans to be tough again next year. Coach Casey said after the game when asked when he plans to start preparing for next season “Immediately”.

The game following the Homer vs Oak Grove game was Select Division 4 title game which pitted the OCS Eagles vs the Vermilion Catholic Eagles. This game went as I had expected. OCS pretty much dominated the game even though Vermilion Catholic was the #1 seed and undefeated this year. OCS was the #3 seed and only lost 1 game all season. I am not sure if OCS winning the title game helped me get over the Glenbrook loss or made me feel better, I still haven’t decided. I do know that the unofficial state title game was played back on November 25th in Monroe when Glenbrook played OCS. That’s a fact Jack!!!

I would like to thank Mr. Vincent Cacioppo, Director of Communications for the LHSAA. Mr. Cacioppo was responsible for getting me the media passes for this year’s State Championship games. Without his help, I would not have been able to attend the games. I had a great time and can’t wait to be back next year.