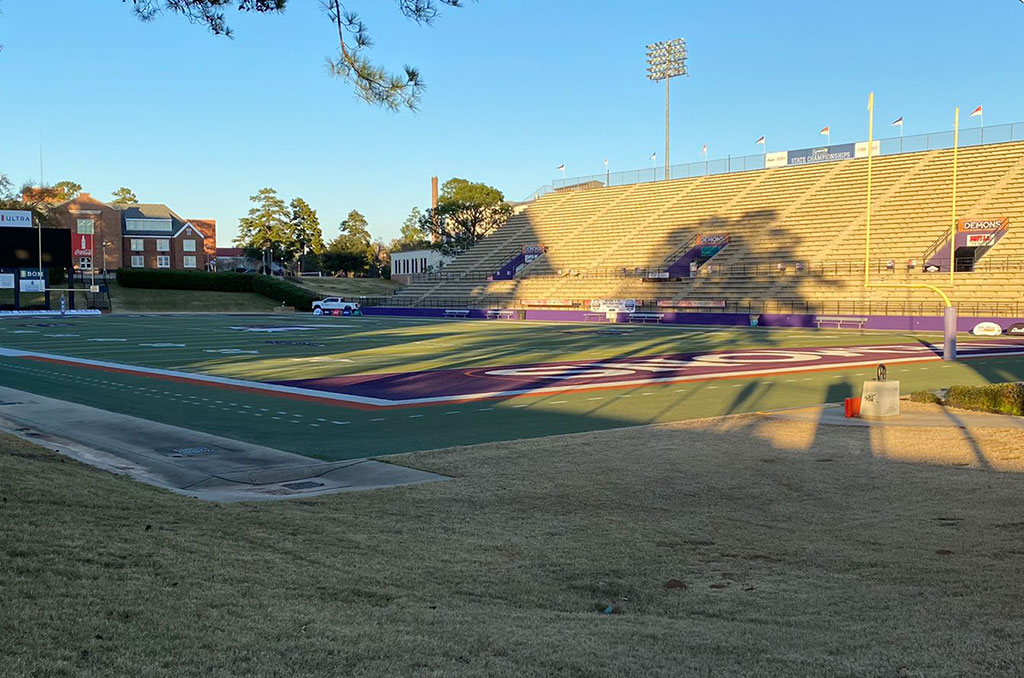 NATCHITOCHES – The 2020 LHSAA Prep Football Classic is set to kick off Sunday at 1 p.m. at Harry “Rags” Turpin Stadium on the campus of Northwestern State University in Natchitoches, Louisiana.

GeauxPreps.com will be in attendance and provide social media updates, stories and other features for each of the nine games. Fans can follow along by like the Facebook page or following on Twitter by looking up @GeauxPrepsLA.

A limited amount of tickets are still available and can be purchased online at NSUTickets.com. If there are any tickets remaining on the day of the game, tickets will be sold at the Turpin Stadium Ticket windows until sold out. Ticket booths (Southwest Gate or East Gate) will open 1 hour prior to the first game on each day of the championships.

The Prep Classic opens up the Class 2A State Championship between No. 1 Many and No. 6 Kinder, followed by the anticipated Division I state title game featuring No. 3 C.E. Byrd vs. No. 4 Catholic-BR to conclude the first day.

Monday will feature three matchups starting at 11 a.m. with the Class 1A State Championship starting off first between No. 1 Oak Grove as it defends last year’s state title win against No. 3 Grand Lake. The next game features the Division III championship with No. 2 St. Charles facing off against No. 5 Lafayette Christian in a rematch from last year’s game. The final game of the day will kick at 7:30 p.m. with No. 1 De La Salle taking on No. 2 St. Thomas More in the Division II State Championship contest.

Tuesday’s schedule features a pair of hot matchups starting with No. 1 Calvary Baptist vs. No. 3 Ouachita Christian in the Division IV state title game that begins at 1 p.m. The Class 4A State Championship will follow at 6 p.m. featuring No. 1 Carencro and No. 2 Edna Karr.

The final day of games is sure to excite the fans in attendance as No. 2 Union Parish and No. 9 Madison Prep battle it out in the 1 p.m. Class 3A state title game. No. 1 Acadiana and No. 6 Alexandria will close out the Prep Classic when they compete for the Class 5A State Championship.

All nine contests will be live streamed for a fee via the NFHS Network. Jeff Palermo has been tabbed to call the action and will be joined by hall of famer Gary Reasons will provide color commentary. Ronnie Rantz is set to serve as the sideline reporter.