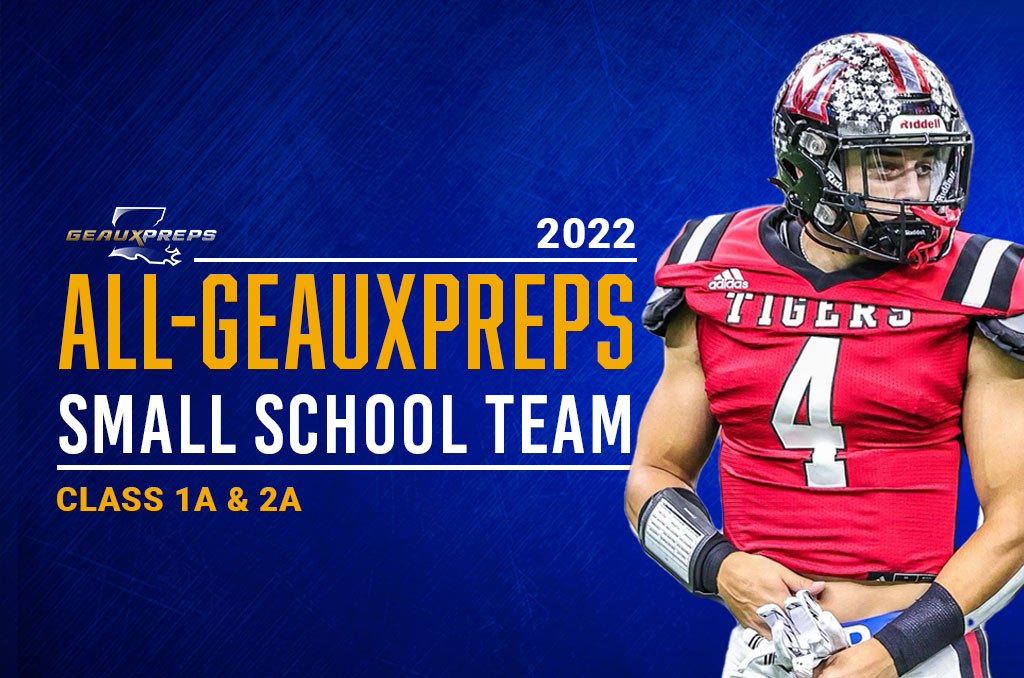 LAKE CHARLES — The 2022 All-GeauxPreps Small School Football Team, presented in partnership with Chevyland of Shreveport, is headlined by student-athletes from 17 different schools who transcended two of the state’s lower classifications and level of play.

The small school team, representing both Non-Select and Select designations, is comprised of student-athletes from Class 1A and Class 2A who best represented high school football in Louisiana.

Mangham senior tailback Jalen Williams highlighted the offensive selections after turning in one of the most impressive running attacks throughout all classifications this season. Williams rushed for a state-best 2,844 yards while helping to lead the Dragons to a state semifinal appearance. He collected 44 touchdowns along the way and was the driving force behind the offensive production for Mangham.

On defense, Tackett Curtis led Many to the Non-Select Division II state title behind a defensive performance that included 112 tackles, 16 for a loss, as well as six sacks and four interceptions. The senior work horse pulled double-duty for the Tigers where he served as quarterback, rushing for 1,115 yards and 14 touchdowns.

Ouachita Christian led with four selections on this year’s team highlighted by senior quarterback Landon Graves who completed 64% of his passes for 2,814 yards and 33 touchdowns with seven interceptions, while adding 518 rushing yards and 10 touchdowns on 89 attempts. He is joined on the team by junior offensive linemen Ryder Bentley, junior defensive linemen Ben Devall and junior linebacker Noah Lovelady.

Dunham and Many each had three selections on the small school team while Ascension Episcopal, Oak Grove and Vermilion Catholic each had two players chosen.