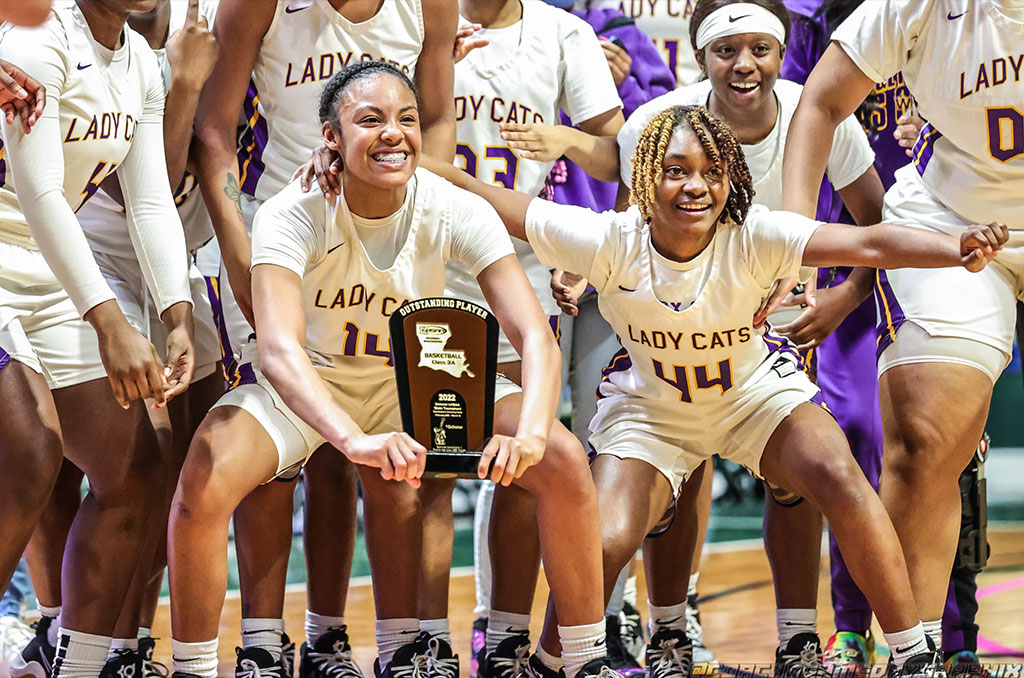 By WARREN ARCENEAUX // Written for the LSWA

The St. Louis Catholic girls and Madison Prep boys basketball teams repeated as LHSAA champions this year. Each team was powered by a player who earned top honors in the LSWA’s Class 3A All-State teams.

Percy Daniels of Madison Prep was voted the Outstanding Player on the boys squad. The 6-foot-9 Daniels averaged 18 points, 12 rebounds, 5.6 blocked shots and 3.0 assists per game and had 25 points and 14 rebounds in the semifinals on 10 of 11 shooting.

Madison Prep beat Wossman in the Class 3A final, giving the school a second straight 3A title and eighth overall.

MPA guard Dez’mond Perkins is a second-team selection after averaging 19 points and 7 rebounds per game. St. Louis’ Paris Guillory, who averaged 18.7 points, 5.3 rebounds, 3 steals and 4 assists per game, also was a first-team selection on the girls squad.

Otis Robinson of Wossman was voted the 3A girls Coach of the Year. In his first year, Robinson helped the Wildcats improve from seven wins to the 3A championship.

The Wildcats are represented on the first team by sophomore Da’Nyah Ross, who averaged 15.1 points and 5.5 rebounds per game.

Errol Gauff of Hannan was selected as the boys Coach of the Year after leading the Hawks to the first LHSAA championship in program history.

The Hawks had just two seniors and made their first state finals appearance in school history for boys basketball.

Hannan has a first team selection in freshman Drew Timmons, who averaged 17.1 and 7.8 rebounds per game.