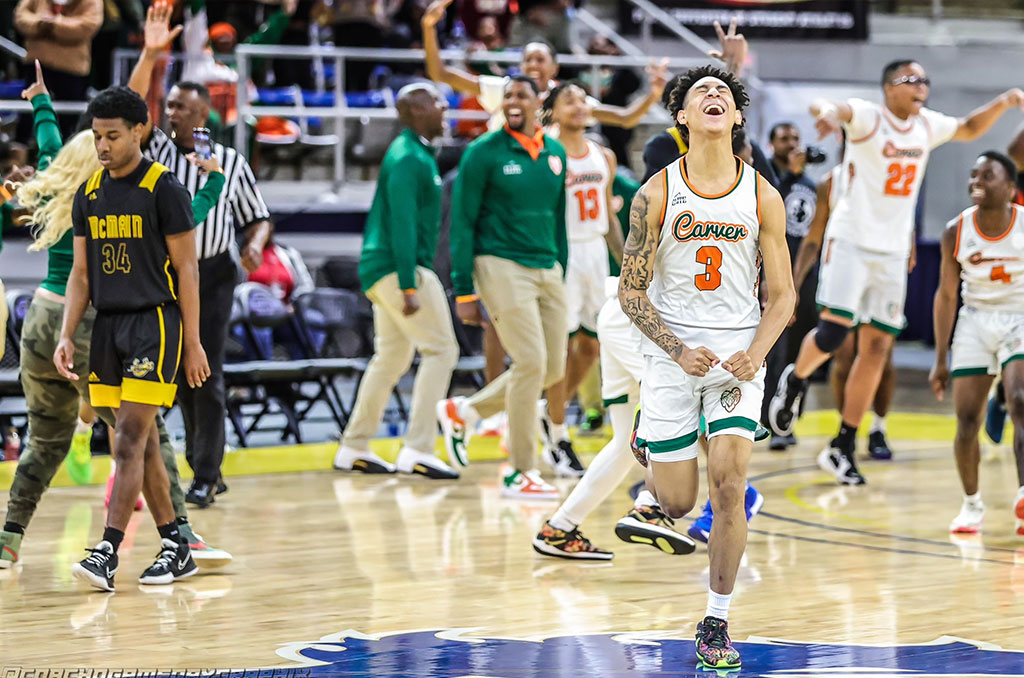 By CHRIS SINGLETON // Written for the LSWA

Just the right combination of youth and experience. That describes the top players on the LSWA’s Class 4A All-State basketball teams for the 2021-22 season.

A senior and a freshman lead the way on the squads selected by writers from across the state. Carver senior star Solomon Washington was voted the boys Outstanding Player, while Vandebilt Catholic freshman Makayla Charles was chosen as the girls Outstanding Player.

Washington had 12 points, 20 rebounds, 10 assists, six blocks, four steals during Carver’s 66-31 win over McMain in the Class 4A state championship game in Lake Charles on March 12. He was voted the District 11-4A MVP and was named Gatorade Louisiana boys’ player of the year.

While Washington has been a force for Carver for several years, Charles emerged as a new star.

Charles helped lead Vandebilt to a trip to the Division II state semifinals with a 24-4 record. She averaged 21 points, 11 rebounds, 3.5 steals, two blocks, two assists. She was named District 8-4A MVP. She missed the state semifinal game with a knee injury, which St. Thomas More won 49-28.

Huntington coach Mack Jones was named Class 4A boys Coach of the Year after leading the Raiders (22-6) to the District 1-4A title and to the LHSAA Class 4A semifinals. Jones helped Huntington get through the death of player Devin Myers, who was shot and killed prior to Huntington’s Class 4A quarterfinal playoff game against Beau Chene.

Huntington senior Rayshun McCullar was a first-team selection on the boys squad. He averaged 22.2 points per game.

Javine Robinson of Ellender was named Class 4A girls Coach of the Year. He led Ellender (24-11) to its sixth state title in school history in his first season as a coach. He replaced the late Kenneth Dixon, Ellender’s legendary coach who won five state titles and died after a sudden illness before a playoff game in 2021. Robinson guided Ellender through the death of Dixon and devastation from Hurricane Ida in the Houma area.

The Ellender girls were also represented on the first-team by junior Jamia Singleton, who averaged 15.5 points, five rebounds, 5.2 steals and 6.5 assists.