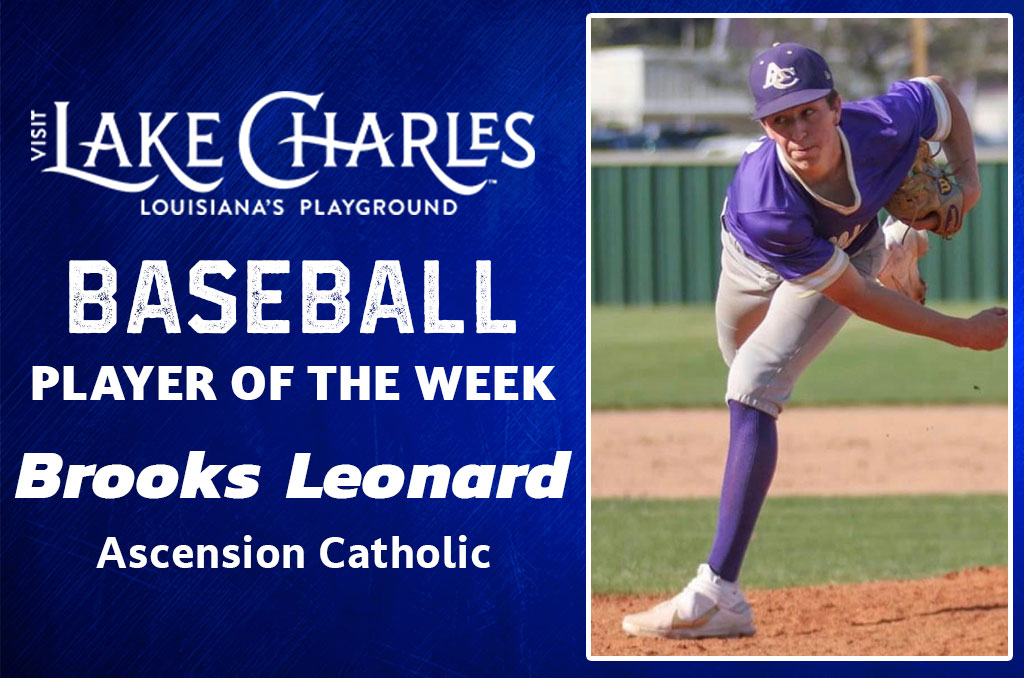 Brooks hit .500 for the week with 2 RBIs and 4 stolen bases. He also scored 5 runs. On the mound against Central Catholic, he pitched a complete game with 3 hits, no walks and 10 strikeouts collecting the win with 76 pitches, 57 of which, were strikes.

Curtis collected four hits, including two doubles, drove in a run and stole four bases to help Mangham to a 4-0 mark on the week. In pitching, he came away with two wins after having struck out 19 batters and finished with a 1.16 ERA.

Hawsey batted 8-for-15 last week with 9 RBI and five extra-base hits. On the mound, he pitched an inning of relief to help the Rebels secure the win against Pineville. He allowed no runs or hits and struck out two batters.

Hess tossed a no-hitter against Fairview last week where he allowed no run or hits in seven innings and only one walk. She struck out 16 batters along the way. In his second appearance on the week, he completed another game on the mound with one run on four hits in seven innings against Lake Arthur. At the plate, he was 6-of-9 with four RBIs and two-extra base hits.

Legg worked a five-inning victory on the mound against Glenbrook where he allowed only one run to score off three hits and struck out two batters. At the plate, he was 1-of-4 with an RBI.

Richard had an exceptional week at the plate for Church Point where he went 11-for-16 with 14 RBI. The third baseman collected four doubles and hit for the cycle in the win against Northwest.

Ruckman finished the week with six hits, collecting two-extra base hits and driving in six runs. His on-base percentage was phenomenal having walked five times while stealing four bases. On the mound, he tossed 5.2 frames and allowed no runs to score and struck out nine.

Simon tossed a complete-game shutout vs Chalmette where he struck out 12 batters, allowed only two hits and walked three batters. In relief, he helped shut out Central Lafourche with four innings worked along with six strikeouts. Simon closed the week out with two hits, including a home run.

Trapani enjoyed a great week at the plate for St. Thomas Aquinas where he hit 10 times, of which five hits came on extra-base efforts, driving in 14 runs in the process. The catcher hit three doubles, a triple and a homer to finish out the week.