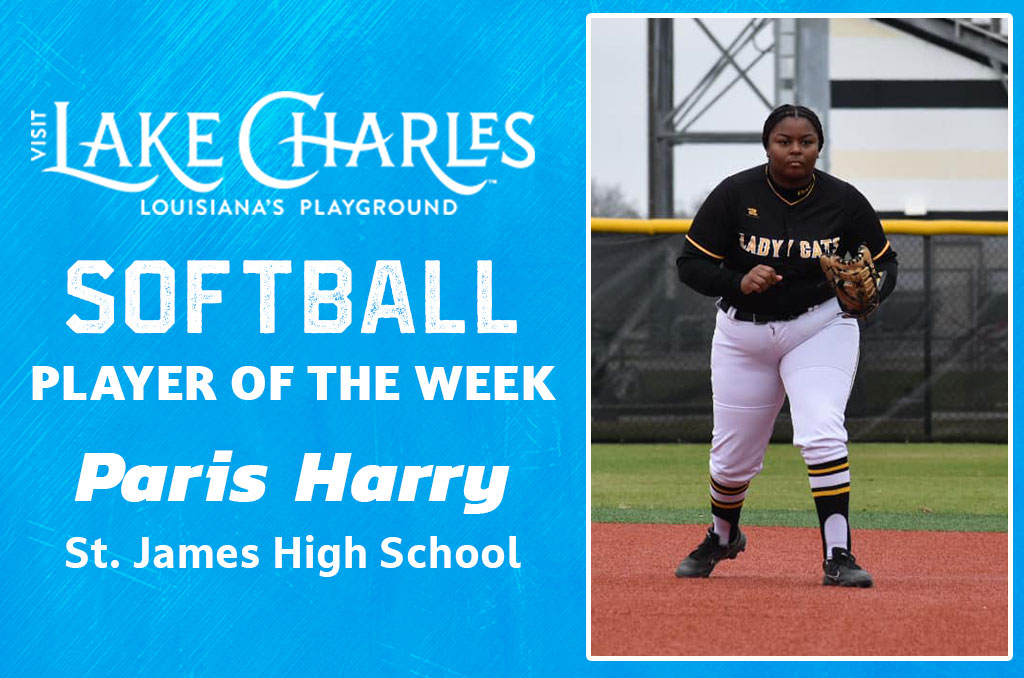 Harry delivered an exceptional performance against some of the state’s top competition over the last week. She hit 7-for-10 (.700), four of which were doubles. Paris’ scorching week (and high school softball career) came to an upsetting end as she took a pitch off her knuckle that broke a bone. Paris will undergo surgery that will abruptly end her Senior season. Paris will finish with a .522 batting average this season with her best week at the dish being her last.

Alexander helped her Lady Jacket squad to a perfect week in district play where she batted 7-of-12 with a .778 batting average for the week. The second baseman delivered two doubles, a triple while driving in four runs and stealing two bases.

Harvison was perfect at the plate in two games last week where she delivered four extra-base hits that helped drive in six runs. She scored two runs of her own and added a stolen base to the stat sheet.

Neumann, an 8th grader, has started at the DP position all year. In three games last week, she hit .500 with 5 home runs, had 10 RBIs, and scored 6 runs. One of her homers came in the Live Oak game to the opposite field. She is a very disciplined hitter who is super successful at a young age.

Reagan finished with a .778 batting average where she delivered extra-base efforts in five of her seven hits in three games. The first baseman had two doubles and three home runs while driving in 11 RBIs while scoring three runs of her own. She finished the week with a .818 on-base percentage and a 2.000 slugging percentage.