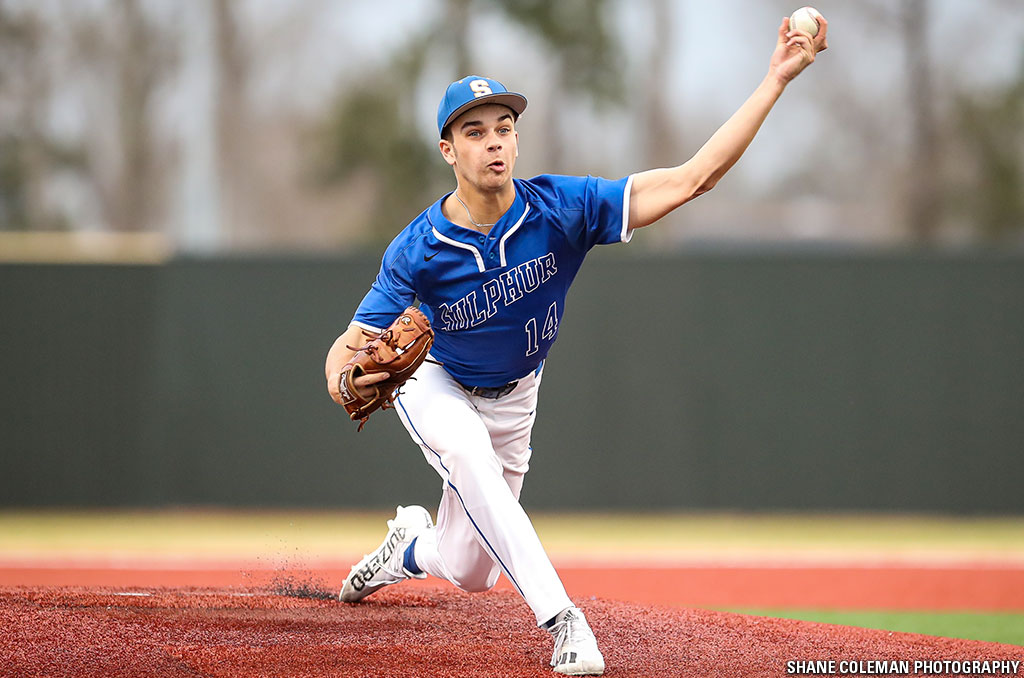 SULPHUR – High school baseball fans did not have to wait until Thursday’s Opening Day to see a major league-like performance.

Sulphur junior Jake Brown struck out 14 batters in tossing his second no-hitter of the season as the Golden Tornadoes shut out Lafayette, 15-0, in district play. Brown’s performance on the mound was matched at the plate where he hit 2-for-4 with an RBI as he launched a home run.

“I think just dominating the strike zone and getting quick outs is the easiest way to fire up our offense and that’s why we were hot last night,” said Brown. “Having quick innings after putting up a few runs is huge for our team’s momentum. And we’re all strong believers that momentum swings the game”

The LSU commit tossed a no-hitter against Calvary Baptist earlier in the season and delivered another great performance Tuesday night as he worked all seven innings, allowing no runs and just three walks.

“A no-hitter is really special because I think it’s a reflection of the work put in during the offseason,” said Brown.

Sulphur is currently 20-6 on the year with a 4-3 mark in District 3-5A. The Tors return home to host Lafayette in the second game of the district series on Thursday.

Iowa’s Kamryn Broussard hit for the cycle Tuesday night to help lead the Lady Jacket softball team to a 17-1 district win over Lake Charles Prep. The junior centerfielder also broke the program’s season home run record with her 24th bomb on the year.

Benton’s Dane Peavy notched his 100th career victory as a head coach as the Tigers downed C.E. Byrd, 5-2, to move into second place in the District 1-5A standings.