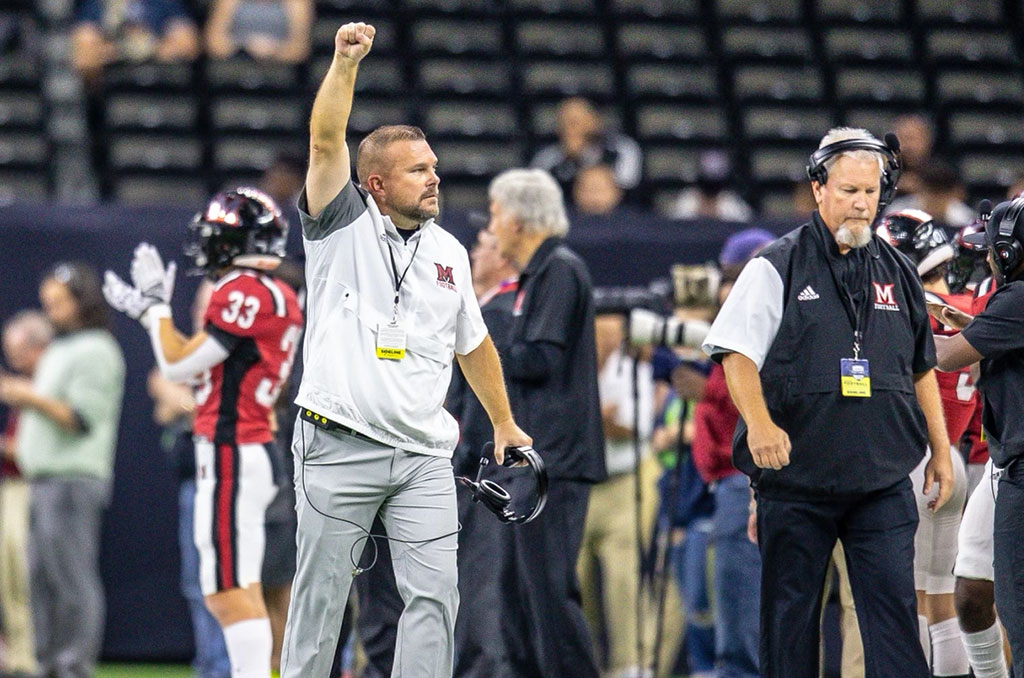 A special thanks to Alex Newell for helping compile the coaching carousel list.

The 2023 high school football season in Louisiana is turning out to be the most interesting in recent history and there has yet to be a game played.

With eight months remaining until the start of the new season, major shakeups and changes within multiple programs are providing plenty of talking points to hold everyone over. New faces take over in new places, but some coaches will be no strangers to the sideline they will roam.

As of this publish date, nine coaches, who served as head coaches in the 2022 season have made the switch to a new program for next year.

Perhaps, the most discussed is the decision from Many head coach Jess Curtis to move over to Class 5A Natchitoches Central. Curtis, a three-time state champion with the Tigers, compiled a 142-32 record in 13 seasons at his alma mater.

The move to Natchitoches presents Curtis with a new set of challenges including rebuilding a program that has posted just two winning seasons in the last decade. In his first season as the head coach at Many in 2010, Curtis endured a dismal 4-7 record. From that point on, he built Many into one of the state’s major powerhouses, not suffering a losing season since.

Another major move in the Baton Rouge area saw David Simoneaux leave Catholic of Baton Rouge to take over at Central High School. Simoneaux went 24-3 with the Bears and led his team to a state championship in 2021. Simoneaux takes over from longtime Central skipper Sid Edwards, who spent 11 seasons with the Wildcats.

Among the notable positions vacated were Avoyelles as head coach Andy Boone moved over to Lakeview after having led the Mustangs to 20 wins over the last two seasons including a semifinal appearance in 2021. At Jennings, Rusty Phelps hung up his cleats after a legendary career that included 200-plus victories.

J.C. Arceneaux stepped down as head coach at Church Point after leading the school to a 47-11 record over the last five seasons with back-to-back trips to the state semifinals in 2020 and 2021. Nic Saltaformaggio takes over at Franklinton following a stint at Holy Cross.

A slew of head coaching positions remains open with 19 different schools looking to fill the position before spring drills. Among the open spots are Church Point, Holy Cross, Jennings, Many, North Caddo, Sulphur and West Jefferson.