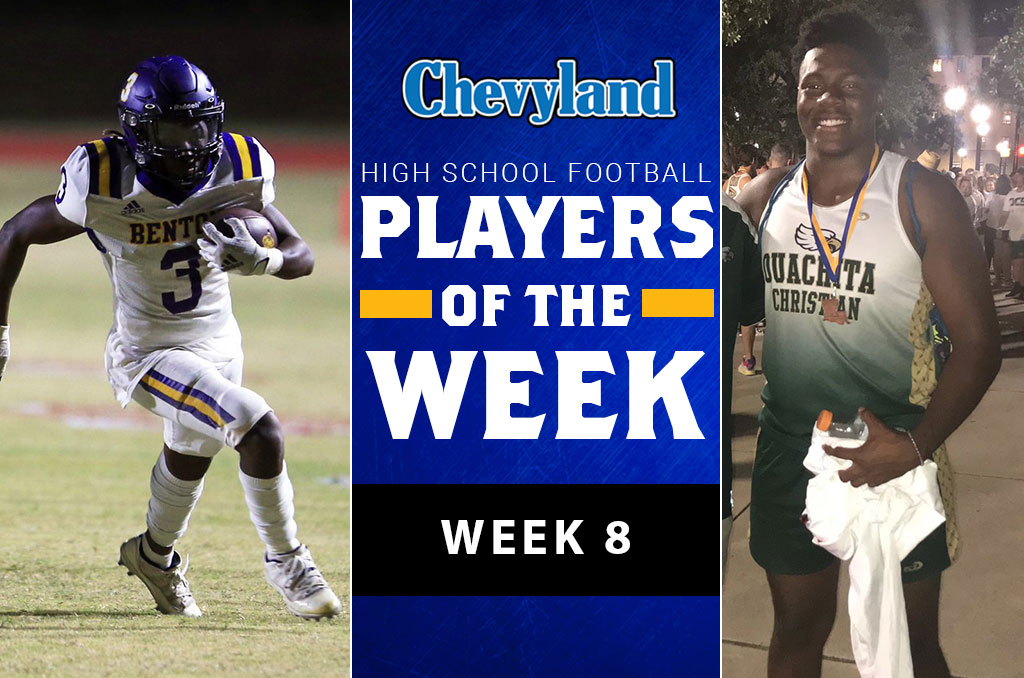 Submissions are sent by the head coach of each team. Coaches may nominate players each Tuesday by 10 AM by sending stats, pictures and more to hbower@geauxpreps.com.

In one of the wildest games in Louisiana prep football history, Benton outlasted district foe, Haughton, in a 78-71 shootout. The biggest weapon utilized by the Tigers was Greg Manning who compiled 335 total yards and accounted for eight of the team’s 10 offensive touchdowns. The junior tailback rushed for 274 yards and seven touchdowns for an average of 9.4 yards per carry. He also caught five passes for 61 yards and a touchdown. On the season, Manning has rushed for 1,074 yards and 22 touchdowns.

Ben Devall was an absolute wrecking machine in Ouachita Christian’s 34-10 victory over Cedar Creek in District 1-2A action last week. The junior end totaled 17 tackles (13 solo, 4 assists) during the game in helping the Eagles stifle the opposing offense to only 10 points or less for the third straight week. Devall nabbed a sack during Friday’s contest as well as a tackle for a loss.