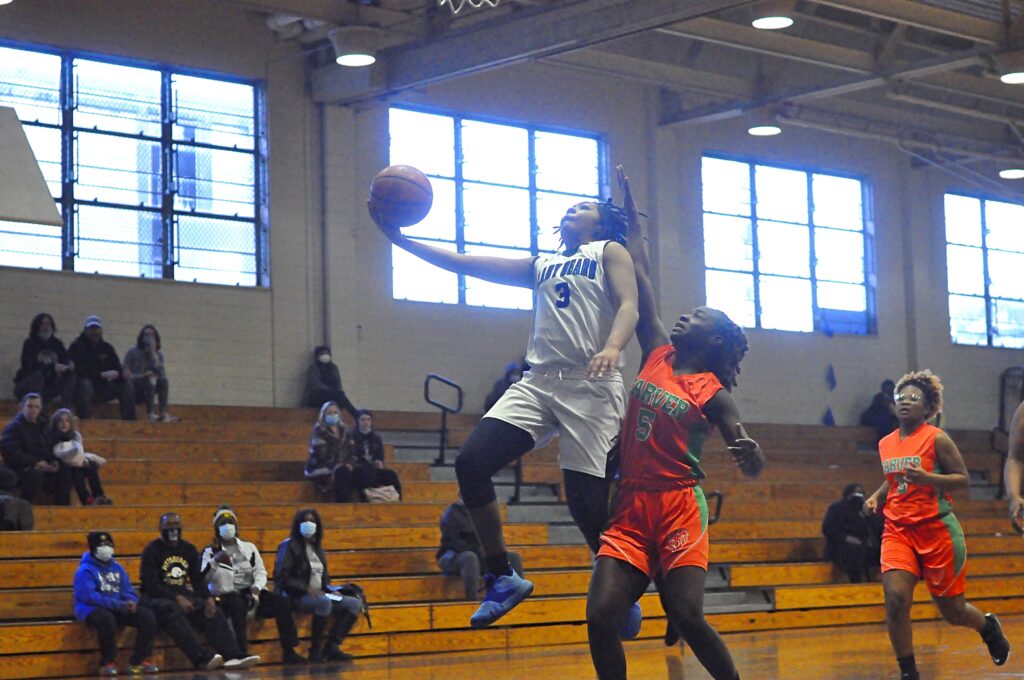 ALEXANDRIA – The Bolton Lady Bears have made the playoffs the last three seasons which is a record since they have made it only three times before this in 2003, 2004 and 2009.

With being back-to-back district champs and hosting a playoff game the Lady Bears are built to make a run like no other.

The team faced the G.W. Carver Lady Rams (11-15) Saturday night who lost their last three before this matchup.

Head coach Antonio Keller in his fourth year with the program has known this playoff appearance was in the cards for some time now.

“From the moment I took over this program I envisioned us being where we are at right now. Some people may look at this as being a too confident but as the leader and the coach you almost have to feel that way.”

“It does help to be back to breakfast of champions because it lets me know that my coaching and my girl’s progress is moving in the right direction”, says Keller on tonight’s game.

The 15th seeded Bears took on the No. 18 Carver Lady Rams and did not disappoint in a 56-40 open round win.

The Lady bears started off slow in the opening quarter with multiple fouls that Carver did Capitalize on.

These Lady Rams didn’t look as if they lost their last three and kept it to a 13-9 first-quarter score.

It was in the second quarter where the Lady Bears went to work end the first half up 25-13 with Drumgo and Montgomerey leading the way.

Sophomore Sky Montgomery had 8 points(4-4 from the FT line) and Senior Dymon Drumgo with 11 points.

The second half started off strong with the lady bears going on a 6-2 run to open the third quarter and did not stop extending their lead.

The Carver Lady Rams fought hard and were winning the turnover and rebound battle however Bolton’s Montgomery lead the charge and the Bears did not let the Lady Rams stage a comeback.

Sky Montgomery lead the team 20 points and Dymon Drumgo was second with 19 and Cha’Niya Slaughter had added another 10.

This was Boltons second playoff victory since Keller has taken over and the first came last year, he had some encouraging words afterward.

Tonight star Sky Montgomery who’s only a sophomore had one key thing to say about the win.

“We did what we were supposed to do,” said Montgomery.

Senior leader Dymon Drumgo had a short sum of tonight’s win and what sparked the team after such a tight first quarter.

“It feels good, we worked hard to get up to this point and all the hard work paid off.”

“He told us that we have to continue to fight and don’t give up and don’t let up. They want it just as bad as us and we gotta come out and win at the end of the day,” says Dumgo.

The Lady Bears await the winner of the Huntington/Peabody game which is scheduled to take place on Sunday.