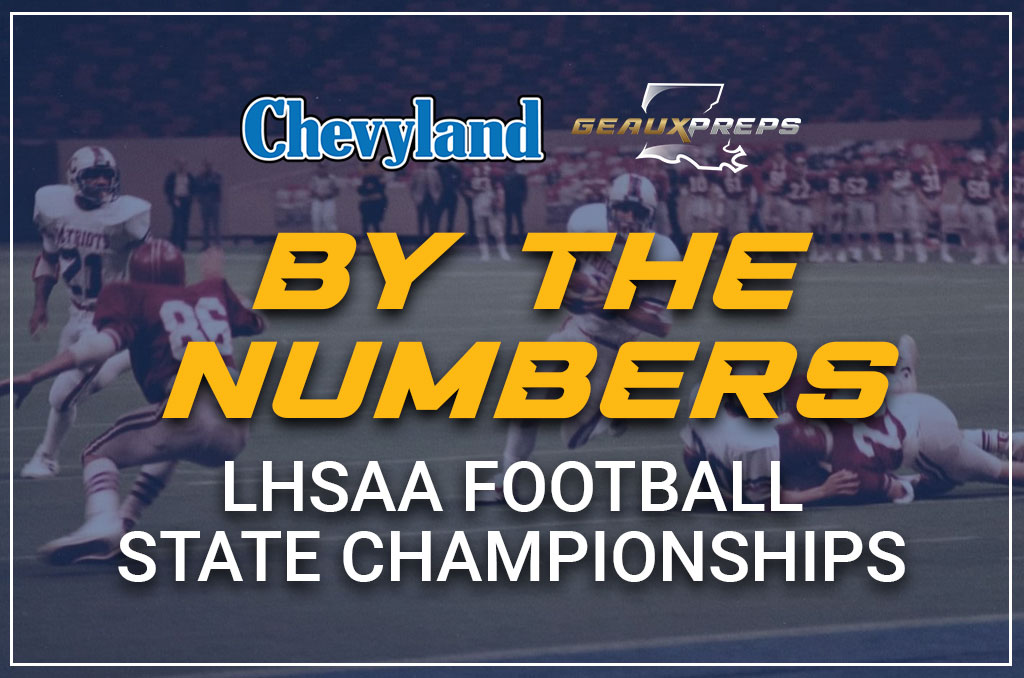 A special thank you to Eddie Jenkins for his help with historical research.

State championship teams don’t always go through the season without a blemish (a tie or defeat) on their record, though 88 teams have accomplished this feat. You don’t have to be perfect to be a champion. The highest number of losses by a team winning a championship is five. These are the champions that have losses or ties in three or more games.

Sometimes schools may experience setbacks during the season and then get on a hot streak during the playoffs. These are the schools that were runner-up and that had five or more losses or ties.

Some championship games end in a tie. Prior to the mid ’70s the system used to break ties was to declare the team that had totalled the most number of first downs the winner. There were five games decided by this method. (Note: Eventual winner is the first team noted.)

Since the mid-’70s, the LHSAA has used the “overtime” method to determine winners of tied games. Using this approach, each team is given the ball at the 10-yard line and has four downs to score. The winner is determined when one team has scored more points after each team has had the ball an equal number of possessions. There have been six games decided by this method. The 1996 and 2013 games required two overtime periods to decide the winner. (Note: Eventual winner is first team noted.)

There have been some defensive struggles. In 24 games the combined points of both teams totalled 10 points or less. The games with the fewest points scored by both teams are as follows (all games in which the combined total was ten points are less are noted):

However, scoring doesn’t always result in winning. The most points scored by a runner-up in a championship game is as follows (top ten noted):

The widest margins of victory in a championship game are as follows (top ten noted):

Teams that are runner-up usually don’t score very many points. In over half of the games (54%), the losing team scored less than 10 points. The runner-up was shut out in 19% of the games. Only 96 of 410 (23%) runner-up teams have scored 17 or more points. Here is a breakdown of points scored by the runner-up in all of the championship games.

The most points scored by one team in a championship game is (top ten games of points that were scored are noted):

The most points scored by both teams (top ten noted):

Schools that have appeared in consecutive championship games with a different coach.