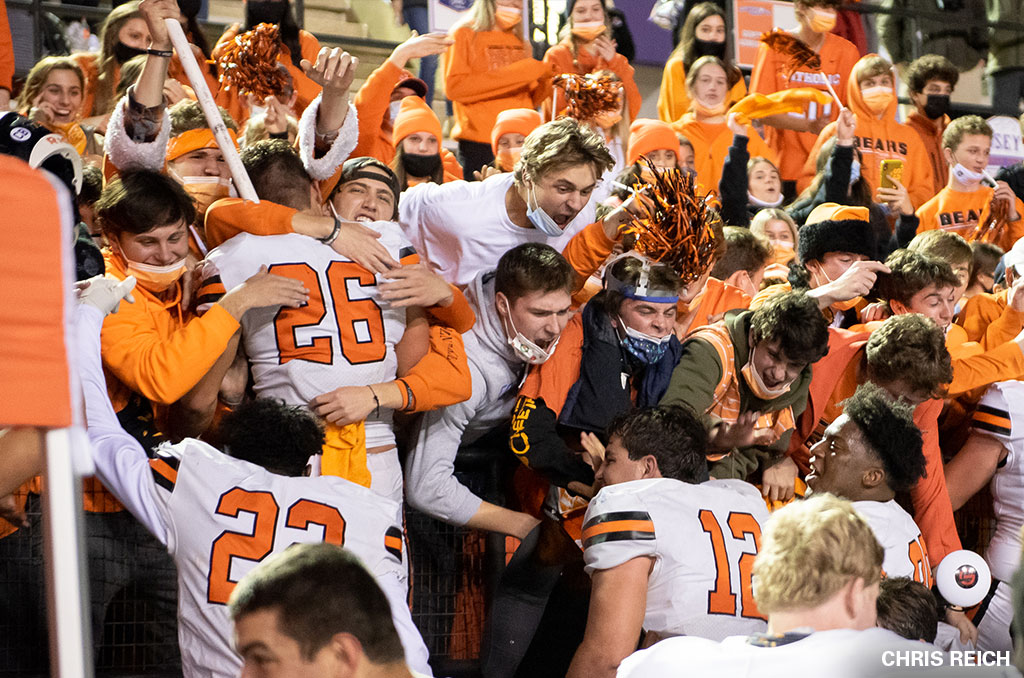 The Bears (12-1) burned nearly 18 minutes off the clock in the second half in order to protect a 14-10 lead that eventually led to the win over Jesuit. Both of Catholic’s touchdowns in the first half occurred following a Jesuit turnover.

Catholic’s victory is the first state championship for David Simoneaux, who is serving in his first season as head coach. Simoneaux had previously led Catholic-Pointe Coupee to a state title appearance.

Jesuit fell to 10-1 with the loss in its first state championship since 2014. The Blue Jays were led to the title game by first-year head coach Ryan Manale, who had previously led De La Salle to title appearances the last two seasons.

Jack Larriviere, named Most Outstanding Player for Jesuit, was 6-of-13 for 112 yards along with one rushing touchdown in the contest. Kicker Aiden Corbello converted a 26-yard field goal and added an extra point to the Blue Jays total.

• 10:45 – CATHOLIC | Josh Robertson recovered a failed snap attempt in the endzone to give Catholic the early lead in the championship game.

• 04:14 – CATHOLIC | The Bears took advantage of yet another Jesuit turnover as Daniel Beale found Daniel Harden on a six yard pass to up the score to 14-0 over the Blue Jays.

• 05:20 – JESUIT | Jack Larriviere scored on a three-yard quarterback keeper to bring Jesuit to within four points.