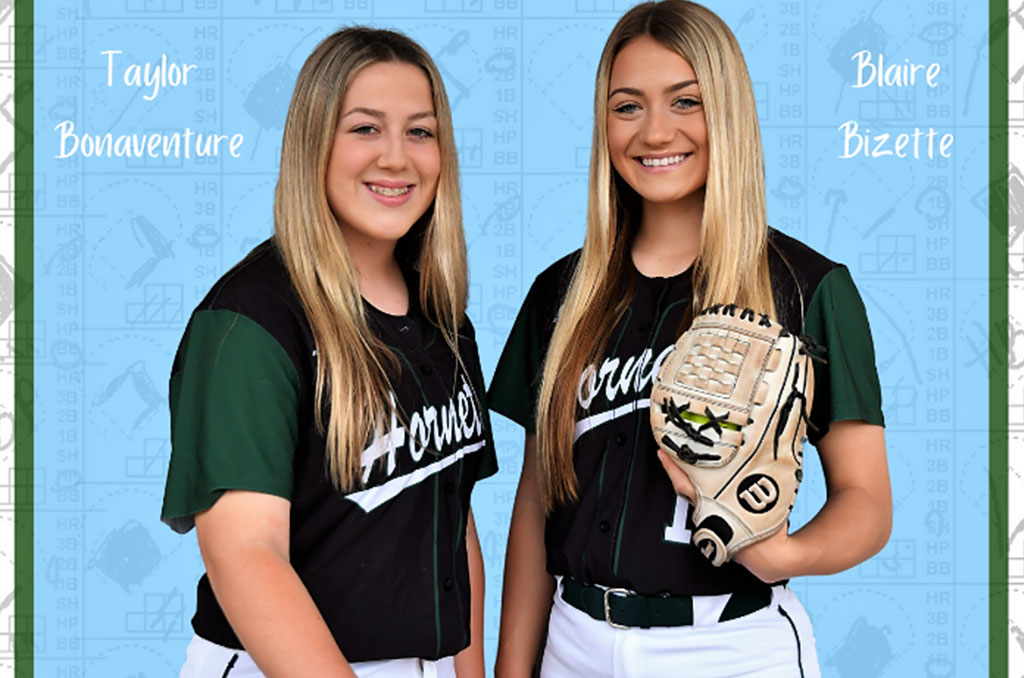 LAKE CHARLES – Catholic-PC’s Blaire Bizette and Taylor Bonaventure have been named the GeauxPreps.com/LSCA Players of the Week for games played April 5-10.

Bonaventure helped her team complete the week without a blemish as they defeated some of the top-ranked programs in the state. She recorded a .733 batting average with 11 hits, seven runs scored and 10 RBI. In the Haynes Academy game, Bonaventure hit a three-run dinger despite being down 0-2 in the count to help the Hornets take the lead. The first baseman was errorless through the whole week and had some good digs to help get opponents out.

Bizette registered three complete-game wins against teams ranked within the Top 5 of their respective classification’s power ratings at the time of competition last week. The senior pitcher worked 21 innings and allowed just seven earned runs while fanning 23 batters in the process. She earned a shutout win against Chappelle, 12-0 and held all foes to just a .167 batting average. She also drove in eight runs at the plate to help the Hornets secure an undefeated mark on the week.