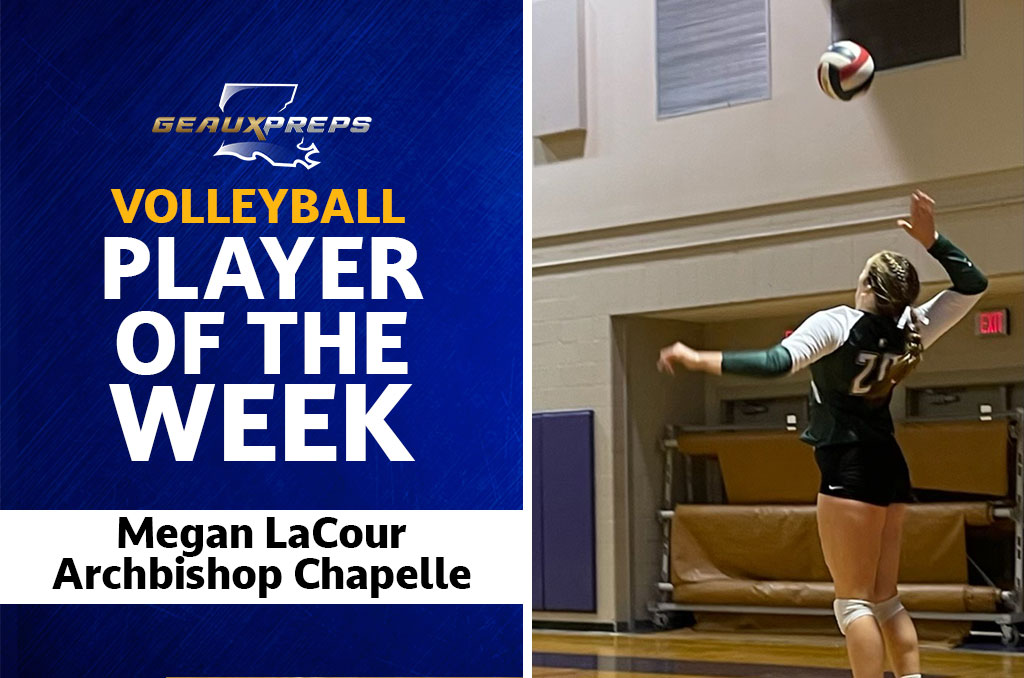 Archbishop Chapelle’s Megan LaCour earned GeauxPreps Volleyball Player of the Week honors as the first weekly award of the season was announced Tuesday.

Offensive Player of the Week: Megan LaCour, Archbishop Chapelle – OH
LaCour totaled 63 kills accompanied by 40 digs and eight aces along with a .333 hitting percentage as the Chipmunks completed a 7-0 week. The outside hitter was named the MVP of the Woodlawn Tournament as the team took home the tournament’s championship with five shutout victories.