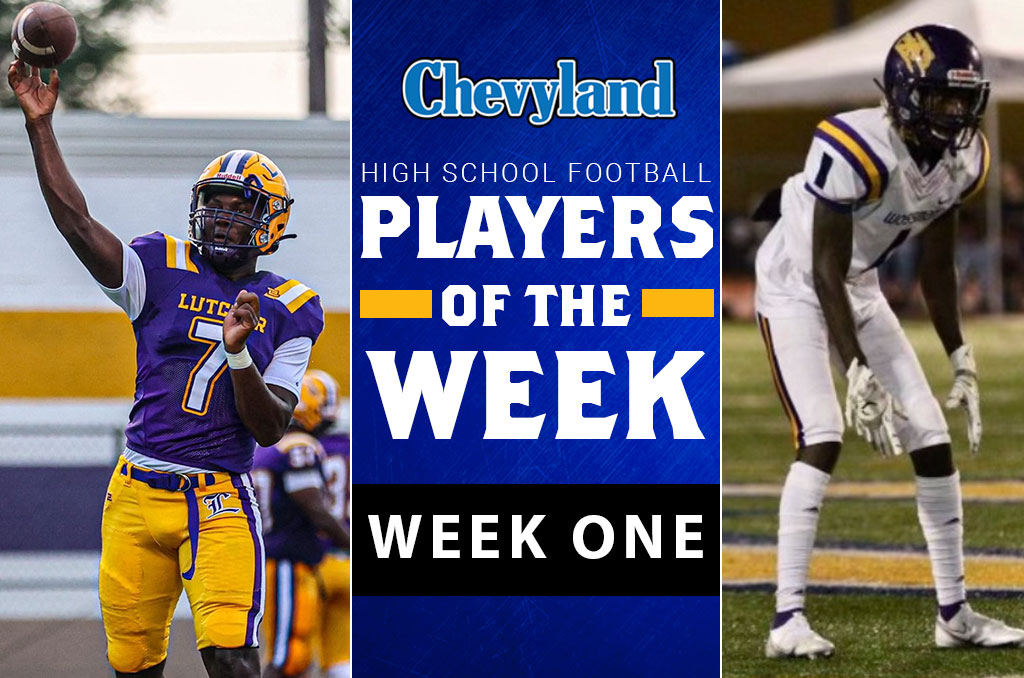 Submissions are sent by the head coach of each team. Coaches may nominate players each Sunday by 10 PM by sending stats, pictures and more to hbower@geauxpreps.com.

The inaugural GeauxPreps Football Players of the Week presented by Chevyland.com have been presented to two outstanding performers who lit up the scoreboard as well as opposed their will on defense all night long.

In the first game of his senior season, Winfield was a threat through the air as well as on the ground where he rushed 24 times for 237 yards and five touchdowns. He also added two passing touchdowns along with 190 yards passing on 13 completions.

His longest play of the night occurred in the fourth quarter when he broke away for a 61-yard rushing touchdown to add to the Bulldogs’ impressive lead.