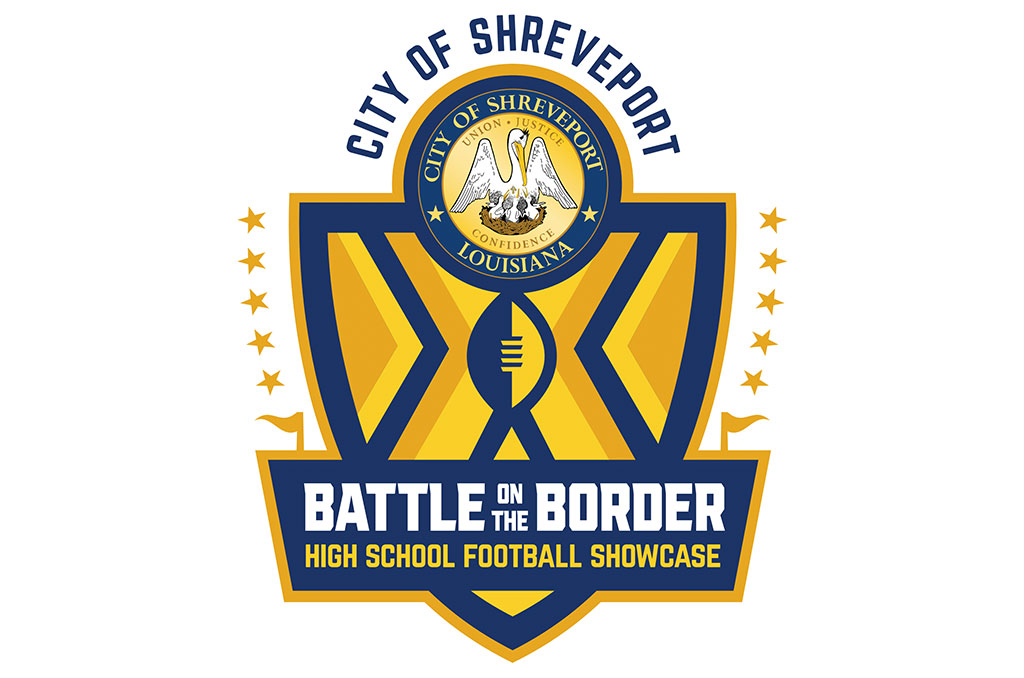 SHREVEPORT, La. – The City of Shreveport will again host some of the top high school football programs in the region during the 2021 Battle on the Border High School Football Showcase. Games will be held on September 10-11 at Shreveport’s Independence Stadium.

“Area high school football fans should be excited about the return of the Battle on the Border,” said Joe Mero, Assistant Director of Shreveport Public Assembly and Recreation. “The City of Shreveport is bringing a solid schedule of games with quality teams to Independence Stadium. We look forward to another great weekend of high school football.”

The first game of BOTB X features a matchup between the Tioga Indians and the Byrd Yellow Jackets. The Indians posted an impressive 8-2 record during the Covid-shortened 2020 season. The only blemish on Tioga’s regular season record came in a 56-42 loss to then No. 1-ranked Class 5A Brother Martin Crusaders. Tioga’s only other loss came against Warren Easton in the quarterfinals of the Class 4A playoffs. In 2020, the Byrd Yellow Jackets returned to their winning ways of the past. The Yellow Jackets went 10-1 in 2020 with their only loss coming against the Catholic Bears in the Division I State Championship. The title was later forfeited by Catholic. After the retirement of long-time coach Mike Suggs, Stacey Ballew begins his first season as the Yellow Jackets’ head coach.

This matchup is a battle for bragging rights in southwest Shreveport as old rivals Southwood and Woodlawn square off in Friday’s nightcap. The Cowboys suffered through a winless 2020, but a new coaching staff has brought hopes to a return to past glory days on “The Ranch.” Woodlawn is making its second appearance in the Battle on the Border. The Knights posted a 2-6 record last season, including a playoff forfeiture to Carencro due to Covid-related issues.

The Oxford Chargers are making their first appearance in the Battle on the Border. Oxford posted an incredible 12-1 record in 2020. The Chargers’ lone setback was an excruciating 29-28 loss to the Oak Grove Warrior in the Class 6A State Championship. The John Curtis Patriots have captured a record 26 state championships, and are coached by J.T. Curtis, Jr., who is the winningest active coach in the country. Curtis is also a member of the National Federation of High Schools’ Hall of Fame. The Patriots are making their seventh straight appearance in the Battle on the Border and own a 5-1 record in the showcase.

The Leesville Wampus Cats will be making their debut in the Battle on the Border. The Wampus Cats are coming off a 5-4 campaign in 2020. Leesville beat Northwood-Shreveport, 28-27, in the first round of the 2020 Class 4A playoffs but suffered a 21-14 overtime loss to Minden one week later. The Captain Shreve Gators defeated the Woodlawn Knights, 43-12, in their first appearance in the 2019 Battle on the Border. Captain Shreve is coming off a 5-4 season a year ago, but the Gators do feature one of the top athletes in the state in wide receiver Kendrick Law.