Special thanks to Jerry Byrd and Bret McCormick for contributing to this article.

Louisiana’s largest football classification is without a doubt full of exciting moments each season. Some of those memorable events are caused by upsets, exceptional performances and unbelievable talent.

In 2020, there is one team that just might rock the boat and place its name in the contenders hat.

Coach Thomas Bachman’s Alexandria football team knocked off Ruston and Ouachita in back-to-back weeks en route to a 9-1 season last year, with the only blemish being a 19-7 loss to West Monroe.

According to FizzRankings, Alexandria’s positive trajectory over the last few seasons has drawn attention from the computer rankings that determine which football teams are most likely to contend in its respective classification.

However, ASH has two huge holes to fill on the defensive side of the ball with the loss of LSU signee Jacobian Guillory and TCU signee Jadarius “Bud” Clark, two of the top 15 prospects in last year’s class.

But that doesn’t mean Bachman’s team is devoid of talent.

The Trojans will have a strong linebacker corps that returns seniors Jermaine McNeal (6-1, 190) and Rashaad Thompson (6-1, 180). Senior Keontae Gaines will find his way all over the secondary as a safety, nickel corner and outside linebacker.

McNeal made 136 tackles last season while being named to the All-Cenla first team by The Town Talk and 2-5A all-district first team.

One intriguing addition to the Trojans’ defense will be senior linebacker Zurilius Swaizer (5-8, 200), a transfer from Bolton who made 266 tackles over the past three seasons.

Senior quarterback Judd Barton (6-1, 185) returns to anchor the offense after passing for over 2,900 yards and 32 touchdowns the past two seasons. Barton, who holds a Nicholls State offer, threw just four interceptions last season and will be counted on to provide veteran leadership for the Trojans.

Barton has one of the top tight ends in the country at his disposal in Shield Taylor, a 6-foot-4, 235-pounder who is the consensus top 2021 prospect in Cenla and has spent the offseason racking up scholarship offers from programs across the country. Ranked by 247Sports as the No. 16 player in Louisiana and 25th-best tight end in the country, Taylor currently holds nearly 30 offers including Power 5 programs Arkansas, Washington, Stanford, Georgia Tech and Northwestern.

The Trojans have limited experience at the receiver position, but Bachman is hopeful the addition of senior transfer Tray’von Culbert (6-0, 190) will pay dividends. Culbert played two seasons at Tioga, catching 67 passes for 1,194 yards and six TDs in 2017 and 2018.

Despite his pedigree as a former Evangel and Texas Tech receiver and his team’s spread offense, Bachman has been known for relying heavily on the ground game with the Trojans. Former stars Michael Orphey and Richard Chark each rushed for over 1,500 yards during their senior seasons.

Now in his sixth year in Alexandria (fifth as the head coach), Bachman brings back a pair of running backs who will both be looking to surpass the century mark this season. Senior Chris Gray began last season with four straight 100-yard games, while junior Jarvis Newton emerged as the go-to back later in the season, rushing for 188 yards and 4 TDs in the playoff win over West Ouachita. The duo combined to rush for 1,784 yards last year.

While Bachman has continued to raise the ASH Trojans’ profile on the state level, he says they still have work to do to get to where they want to be.

“Our philosophy has always been to put our head down and go to work,” Bachman said. “We focus on the things we can control and try to maximize each day. Through the years, our players and our coaches have embraced the challenge of playing in the state’s highest classification and they are the ones that deserve any credit that comes with that. I believe we’re only scratching the surface of what Alexandria is capable of. As hard as we’ve worked to get where we are now, we know that the real work is in front of us.”

Others to watch: The Captain Shreve Gators had a chance to win the District 1-5A title outright last season, but lost to Airline 21-14, thus sharing the title with the Vikings. Despite the loss, it was a historic run for head coach Bryant Sepulvado and his Gators. It marked the first time in school history the Gators have been district champions in District 1-5A. In addition to that, it was the third consecutive season that the Gators improved in the win column. Since arriving at Captain Shreve, Sepulvado has continually made his squad better and more competitive in a district full of talented programs. Captain Shreve will have its work cut out for it in 2020 with no starters returning on defense.

The Haughton Buccaneers made the biggest splash in last year’s Class 5A playoffs. Head coach Jason Brotherton’s squad knocked off Ouachita, Comeaux, and Mandeville before losing to eventual state-runner up Destrehan in the semifinals. Similar to what Coach Sepulvado has done at Captain Shreve, Brotherton has taken over a program and brought it up as a contender in the state’s highest classification. Haughton has continually improved its program each year under Brotherton and recorded its first 10-win season in over eight years last season. 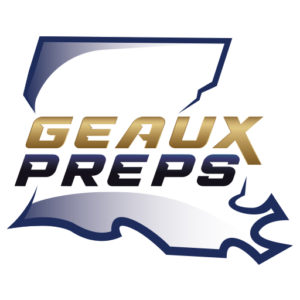