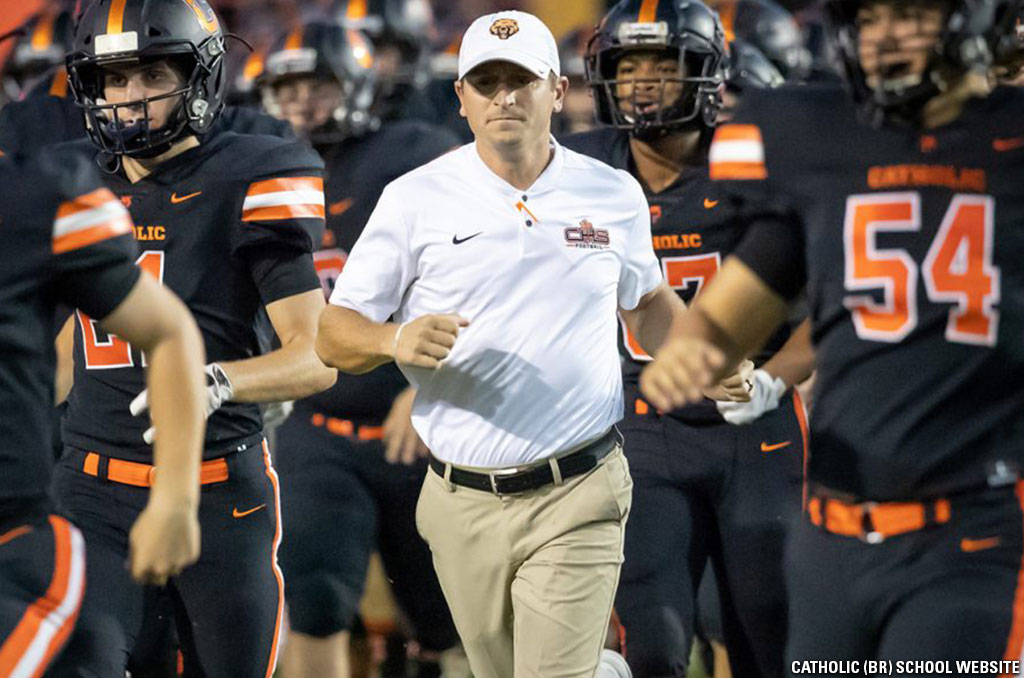 Who has the potential to have a legendary coaching career in Louisiana high school football?

GeauxPreps.com takes a look into some of the head coaches from around the state who have made an immediate impact as a head coach or is on the way to having an exceptional career.

This is not a ranking and all coaches are listed alphabetically by last name.

Brotherton begins his second stint as a head coach in Northwest Louisiana taking over the Parkway Panthers football squad. Brotherton arrives at Parkway after stops at Haughton as an assistant and Plain Dealing as a head coach.

During his four-year tenure at Plain Dealing, Brotherton accrued a 30-17 record and advanced to the postseason each season. In his first season, he led the Lions to their first winning season in five years. His squads finished no worse than third in district play.

Brotherton inherits a program that returns seven starters on both sides of the ball.

Over in Bossier Parish, Jason Brotherton, the brother of Coy, has his Haughton Buccaneers primed for another season after an impressive outing in 2019. Haughton made the biggest splash in last year’s Class 5A playoffs knocking off Ouachita, Comeaux, and Mandeville before losing to eventual state-runner up Destrehan in the semifinals.

In just a few years, Brotherton has taken over a historically competitive program and has it contending in the state playoffs once again. Last year’s semi-final run was the deepest the Buccaneers have advanced since the early 1990’s. Haughton has continually improved its program each year under Brotherton and recorded its first 10-win season in over eight years last season.

Perhaps the most successful coach within the last decade deserves to be towards the top of the list. If he continues to lead Edna Karr to state title appearances as he has done the last five consecutive years, he will be a lock for a Top 5 appearance and a Hall of Fame nomination. Brice Brown’s run as the head man at Karr is no doubt impressive.

He has never missed a state championship weekend in New Orleans since taking over the program in 2015. In fact, his last four trips have all resulted in championship victories. Brown’s average win mark ranks towards the top as well, averaging nearly 13 victories. Brown is no doubt the future when it comes to coaching dynasties in Louisiana high school football. He will be in good company as he continues to get better.

Daggs is one of the most talented coaches within the state. His experience and success has helped prepare him for his first head coaching gig at McDonogh #35. This upcoming season is one that the new mentor has a lot to play for.

Daggs takes over for the late Wayne Reese, Sr., who passed away earlier this year. A program built by a legend is in good hands as Daggs, who served under Reese, Sr. for the last 17 years, prepares to continue the tradition.

He inherits a team that reached the semifinals of the Class 3A playoffs in 2019. There is no doubt that this Roneagles squad is ready to honor a legend while also starting a new legacy under its freshman head coach.

Gabe Fertitta has done it all in just a short amount of time as head coach at Catholic High. Under his tutelage, the Bears have posted a 35-4 record and have never missed a trip to the finals of the Division I playoffs. In fact, Catholic won a state title in Ferttita’s first season as head coach.

Fertitta served as Catholic’s offensive coordinator for three years before taking over the reins for the 2017 season. His approach has not changed as he mentors players who have moved on to play collegiate football at all levels. His attention to detail and his strategies has him primed for more success and a future Hall of Fame nomination.

There is nowhere to go but up for the young skipper. After spending three seasons as the offensive coordinator at Catholic (BR), Fuller has the experience and knowledge to lead the Saints back to a state championship. The Saints are just three years removed from winning the Class 3A state title.

When Hutch Gonzales took over the football program at Mandeville, big things started to happen. His Skipper squad posted their best record in five years after finishing 9-4 last season along with an appearance in the Class 5A.

Gonzales has had success wherever he has been. As the head coach at St. Thomas Aquinas in 2017, he led the Falcons to a 7-5 record and to the state quarterfinals in Division III.

No matter the school and no matter the talent, Gonzales has the tools to lead his squads to success quickly.

Not many coaches earn a state championship victory within their first couple of seasons as a head coach. Matt McCullough can mention that honor on future resumes.

The Acadiana mentor has accrued a 26-2 overall record since taking over the program in 2018. His squad bulldozed its way through all competition last year to go 15-0 and win the Class 5A state title.

McCullough has what it takes to have a successful career.

Chad Paulk’s success as an offensive coordinator at Barbe was the preparation he needed to take over a struggling program at a rival school.

Since taking over at Sam Houston in 2017, Paulk has improved the Broncos record each season including a pair of eight-win seasons in 2018 & 2019. In a district with Acadiana and Barbe, Sam Houston has back the respect of its league foes. To say the least, Paulk has his program in the right direction.

The offensive mastermind engineered osome of the most explosive offenses in the state during his time at Barbe. He coached two of the Buccaneers’ all-time leading scorers in Trey Quinn and Kirkland Banks.

The B.T. Washington football program is young but don’t ever judge a book by its cover. Head coach Wayne Reese, Jr. has the makings of a legendary coaching career such as his father did.

In the program’s first varsity season, Reese led the Lions to an 8-4 overall mark and a playoff appearance. The year before that, BTW had a 7-3 record against a mixture of varsity and junior varsity squads.

Reese is no stranger to success after having been molded by his father for so many years. In fact, he has helped resurrect the BTW program for a second time after his father helped build the football squad back in the 1970’s.

Reese has the tools and the determination to one day join his father on the Louisiana High School Football 200-Wins list.

He led the Hornets to a state championship appearance in Division IV. The only other Catholic coach to do so was Hall of Fame coach Jim Hightower over forty years ago.

Simoneaux has the program on the right track and ready to compete for another title in 2020. Since his arrival in 2015, he has compiled a 40-19 record and advanced to at least the quarterfinal round the last three years.

A running back on the 2001 Parkview Baptist state title team, Simoneaux knows how to win and is on his way to a remarkable career. Keep a look out for a David Simoneaux coached squad come playoff time.

In his first year as a head coach, Chris Wilson has exceeded expectations, and his squad hasn’t even played a game yet.

Wilson, a longtime assistant coach in the Shreveport, has brought a rejuvenated approach to football at Plain Dealing. His enthusiasm with his players and involvement amongst the locals has the Bossier Parish community excited for another season.

The Lions have long been respected in Northwest Louisiana. However, Wilson is looking to make the next step up and develop his squad into a contender that advances deep into the playoffs. With Wilson, failure is not an option. He expects the best from his players as well as his staff.

He is a rising star in the coaching ranks and just may have Plain Dealing in the picture when December rolls around. Wilson recently served as an assistant at Mansfield and has experience as an Offensive Coordinator at B.T. Washington and Fair Park.