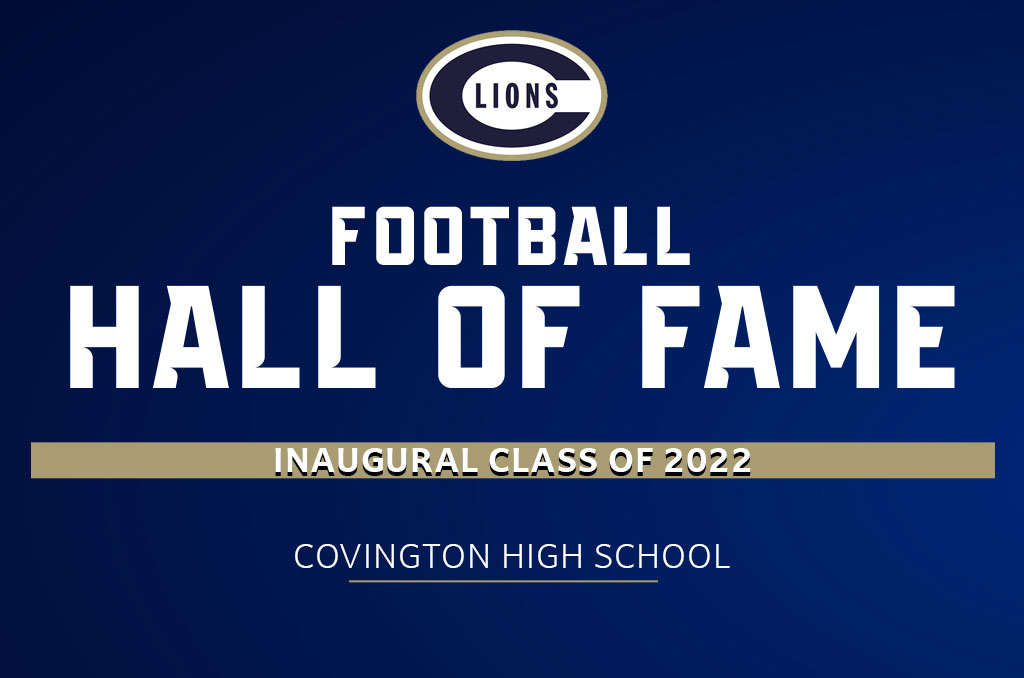 Jack Salter, Mike Williams, Kyle Bruhl, Vincent Alexander and the 1976 squad were among the first inductees selected. Their induction ceremony is slated to take place Saturday, August 27, a day after the school’s Hall of Fame game against Salmen.

“Over the course of the last 100 years, the Covington High School community has taken great pride in its CHS players, teams, and coaches,” said Salter. “It is important to me that the Fighting Lion traditions and the legends that created them will never be forgotten.”

“In establishing the Covington Lion Football Hall of Fame, we will ensure that our hometown heroes live forever,” said Salter. “The inaugural HOF class of 22 includes the best of the best in players, Mike Williams, Kyle Bruhl, and Vincent Alexander, Coach Jack Salter, and the 1976 State Championship Team. These names have become synonymous with Covington Football over the years. We are proud to be able to officially recognize and honor them.”

Information on the inductees can be found below:

1981 National Coach of the Year

2x 1st Team All-District (Defensive Back and Running Back)

2x 1st Team All-State (Defensive Back and Running Back)

1970 Honorable Mention All American (Running Back)