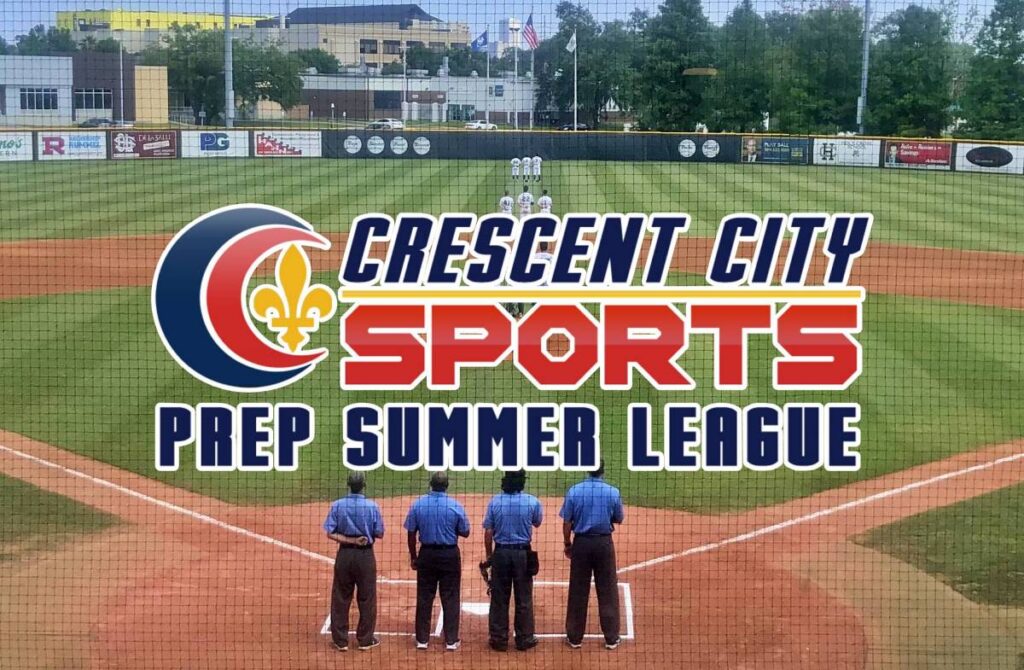 NEW ORLEANS – The inaugural season of the Crescent City Sports Prep Summer League concludes Wednesday and Thursday with a four-team playoff to determine the league’s first-ever champion, and every pitch of the postseason tournament will be live streamed by Crescent City Sports.

Wednesday’s semifinals begin at 4 p.m., with the championship game Thursday night at 6:30. Coverage of each game begins just prior to first pitch, with CCS’ Ken Trahan describing the play-by-play.

In Wednesday’s first semifinal, two teams who faced off in a three-game series in the high school postseason meet again – Archbishop Rummel-based Malcolm Dienes (8-1-1), seeded second in the CCSL playoffs, and the John Curtis Christian-based and third-seeded River Ridge Patriots (10-2-1). Curtis won the prep playoff series two games to one, but in the CCSL regular season, Malcolm Dienes defeated the Patriots 2-1 on June 14.

Thursday’s winner will be awarded the inaugural league championship trophy and a most valuable player of the playoffs will be selected.

Crescent City Sports is a Kenner-based media company featuring a sports website and video production facilities. The Crescent City Sports team is in its 11th season of producing live broadcasts for television and internet, having produced more than 400 live streams since 2012.