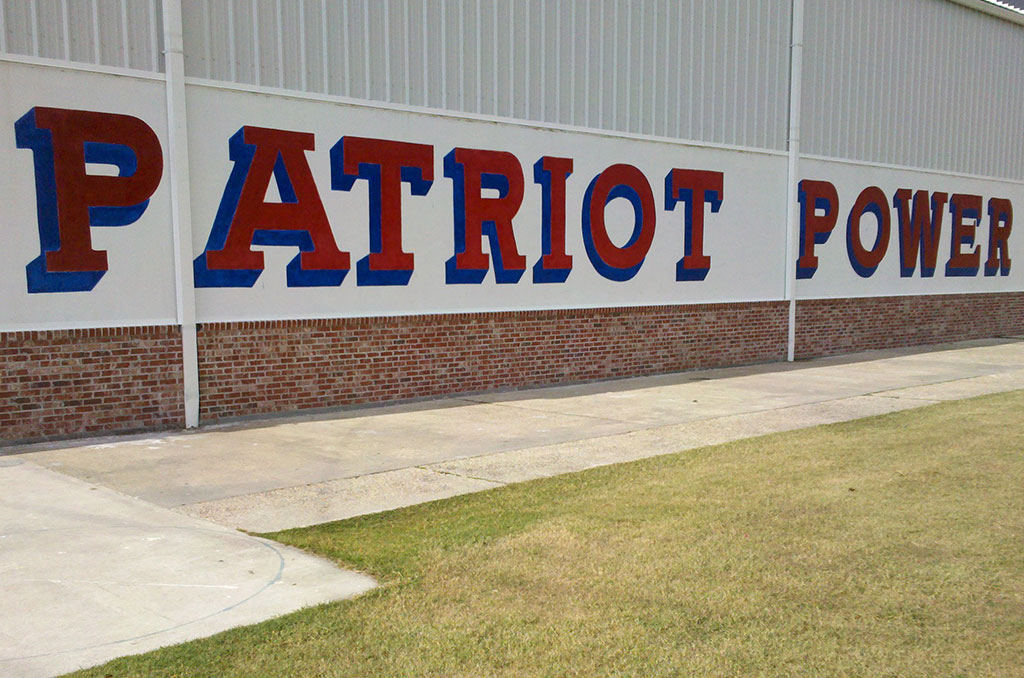 The Patriot administration is excited to announce the hiring of three new coaches in the athletic department. Athletic director Johnny Curtis had numerous applicants for these vacant positions and is happy with the new additions that will bolster an already strong athletic department.
For media inquiries, please contact Johnny Curtis at 504-628-5711 or jcurtis3@johncurtis.com.

Alendra, a New Orleans native and graduate of Eleanor McMain High School, brings vast experience to the Lady Patriot basketball program. Alendra was a three sport letterman in high school, playing volleyball and participated on the track and field team. She was named the New Orleans High School player of the year in 2004. She then went on to play collegiately at Tulane University. While there, she was a 4-year starter and 2 time team captain from 2004-2008. Upon receiving her bachelor’s degree from Tulane in 2008, she then played professionally overseas in the FIBA (International Basketball Federation) from 2008-2013 for a variety of teams. After her playing career ended, she became the head basketball coach of the College of North Atlantic in Qatar in 2014. She was named the coach of the year in her only season there. Alendra then returned home where she became an assistant basketball coach at Ben Franklin High School from 2014-2017. She became the head basketball coach at her alma mater, McMain High School, in 2107 and remained there until 2019. She returned back to Ben Franklin as an assistant coach from 2019 until last season. Johnny Curtis had this to say about Alendra, “Alendra is ready to accept the challenge of continuing what has become a dynasty in girls basketball. We picked her from a tremendous pool of candidates because we felt the fit was right. She fits similarly, both personally and professionally, that past state champion head coaches Melissa Nafzger, Barbara Farris and Tomeka Johnson fit while supplying some other gifts and benefits that meet the needs of our student-athletes.”

Ryan has spent the last 12 years at Holy Cross School where he taught middle school Religion and coached football, baseball, and powerlifting. A 2004 Holy Cross graduate and multi-sport player (football and baseball), Ryan served as Head Baseball Coach for 8thGrade, 9th Grade, and Junior Varsity and Varsity assistant coach for the last 6 years. Recently, he was named Interim Head Baseball Coach through the end of the 2022 season and summer league teams. In the past 10 years, he has served many roles of the Varsity Football program including offensive line, tight ends, wide receivers, and running backs. In addition, Ryan was the College Recruiting Coordinator. He will coach on the offensive side of the ball for the Patriots and will assume most of the same off the field roles that he previously served at Holy Cross.

Ryan continued his baseball career for three years at Delgado Community College in New Orleans. He was a member of the 2007 baseball team who advanced to the Junior College World Series for the first time in 25 years. Ryan served as a Graduate Assistant at Delgado under Coach Joe Scheuermann before continuing his education at the University of New Orleans.

Ryan and his wife Rachel Harris Kamlade reside in Metairie, Louisiana and are expecting their first child in early August!

“Rachel and I are very excited to be joining the John Curtis Patriot family! Being from the metro area and knowing the success and legacy of John Curtis, I am humbled and honored to be a part of this institution.”

Patrick, a native of Pharr, Texas, will join Head Basketball Coach Bill Lewit and assistant Autrail Manning that will help with the rising interest and overall numbers in the Patriot basketball program. Patrick has been in coaching since 2008, mostly in the state of Texas. He became the associate head coach at Louisiana Christian School in 2017. Coach Bill Lewit said, “We are excited to welcome Patrick to our basketball program where he will assist Coach Manning and myself and will be a tremendous asset in a variety of ways both on and off the court.”