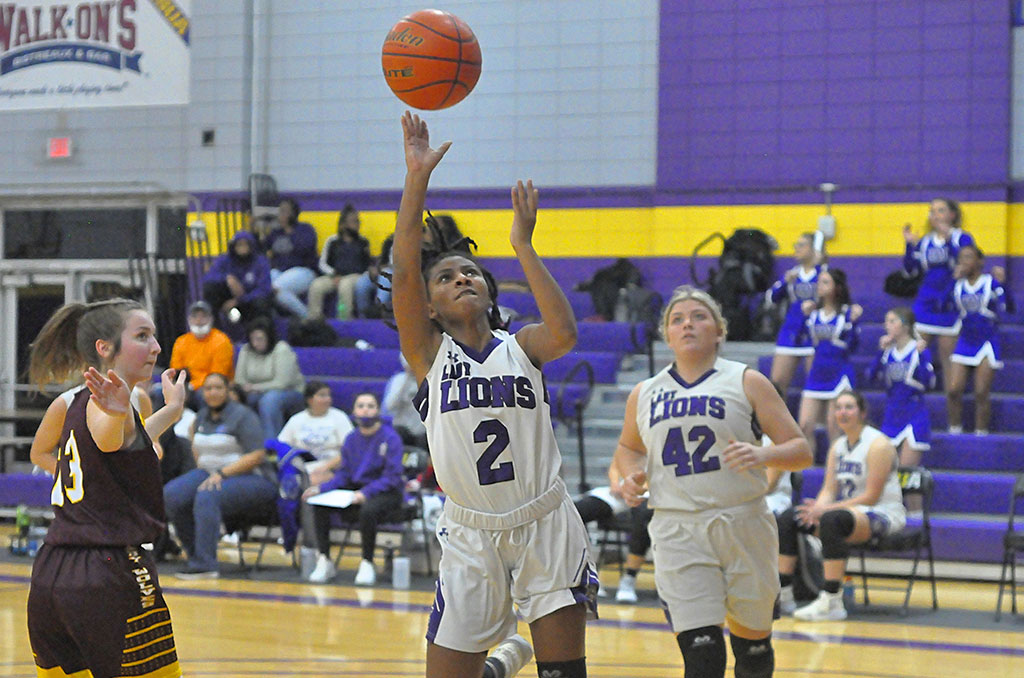 ALEXANDRIA – The University Academy girls basketball started district play with a bang Tuesday night in a 78-19 win against Monterey which was highlighted by a pair of double-double efforts from Destiney Deville and Jordan Semones.

The victory also extended the Lady Lions’ win streak to 16 games dating back to their championship season a year ago.

The UA girls had no stop button going on double digit scoring runs in all four quarters as well as forcing 25 turnovers in the first half.

In the beginning, it was a close matchup however the Lady Lions returned to the prowl with a 12-0 run to end the first quarter.

The second quarter turned out to be a better effort for UA as it ended the quarter on a 22-2 run and a double-digit lead going into the half..

Kaysha Hurd led the girls in the first half with 15 points and Destiney Deville was right behind her with 8.

Before the second half head coach, Craig Whittington had some words of encouragement for his girls, “Remember we are down by 21”.

The Lady Lions finished the game with 38 forced turnovers as Destiney Deville and Jordan Semones both combined for over half.

“It’s a district game and it’s a win,” said Whittington. “I’ll always take the “W” to start out district competition. We have to get better and correct a lot of things before Friday.”

His girls share the same sentiment because a championship team such as the Lady Lions choose not to let anything stand in their way.

“The coaches can’t want it for us, we’ve got to want it for ourselves,” said Deville. “Coming off of a state championship win it’s either eat or go home.”

The Lady Lions continue district play Friday when they hit the road for a contest at Glenmora with tip-off set for a 5 o’clock start.