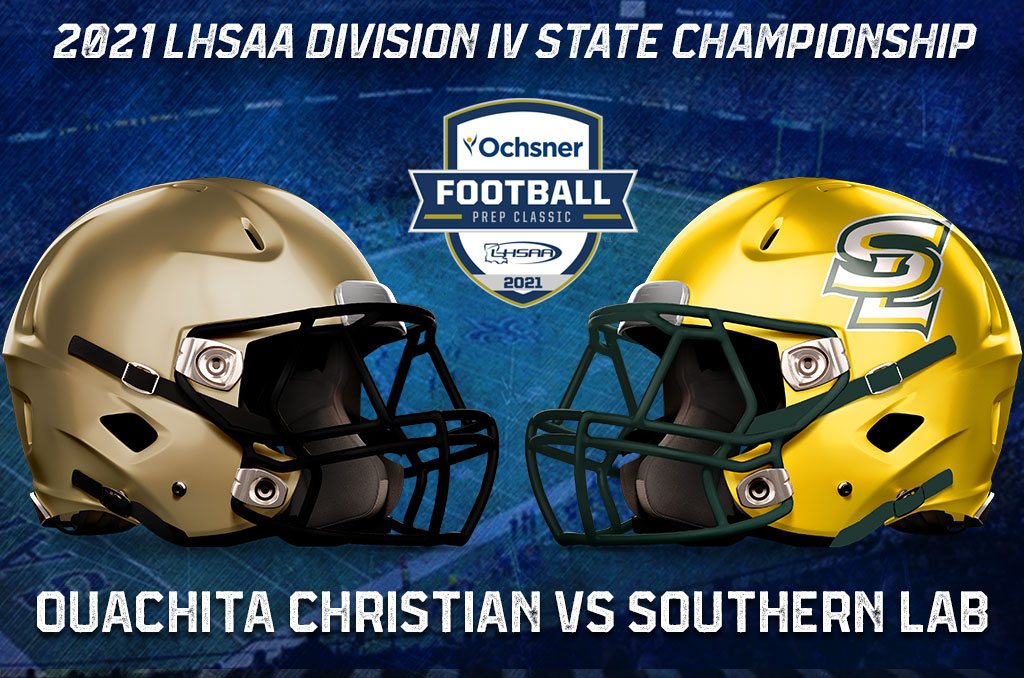 • Ouachita Christian returns to the Division IV state title game for a third consecutive season. The Eagles won the title in 2019 before falling to Calvary Baptist in Natchitoches last season.

• OCS is making its 11th overall appearance in a state title game and hopes to bring home the its eighth championship in school history.

• The Eagles are led by junior quarterback Landon Graves, who has thrown for over 2,480 yards and 33 touchdowns this season. Senior receiver Tristan Wiley has caught 55 passes for 1,419 yards and 22 touchdowns. Both student-athletes are among the top stat leaders in the state in their respective categories.

• Head coach Steven Fitzhugh is seeking his sixth title since taking over the OCS program in 1998.

• The Kittens are back in their first state title game since making consecutive trips to New Orleans from 2014 through 2016. Southern Lab lost the 2014 title game to Ouachita Christian but won both championship games in 2015 and 2016. However, due to infractions handed down, the Kittens were forced to forfeit both titles.

• Head coach Darrell Asberry, a Southern Lab alum, makes his first appearance as the Southern Lab skipper in the Prep Classic on Friday. He will attempt to lead the Kittens to their first official state title victory since 1996.

• Southern Lab has been unstoppable in the postseason, outscoring its competition by an average score of 43-2.

• The Kittens have faced Ouachita Christian four times, all in the postseason, defeating the Eagles by six points in 2013.

Other Notes: This will be the first time that the 1 and 2 seeds will meet in the Division IV state title game since its first year in 2013.