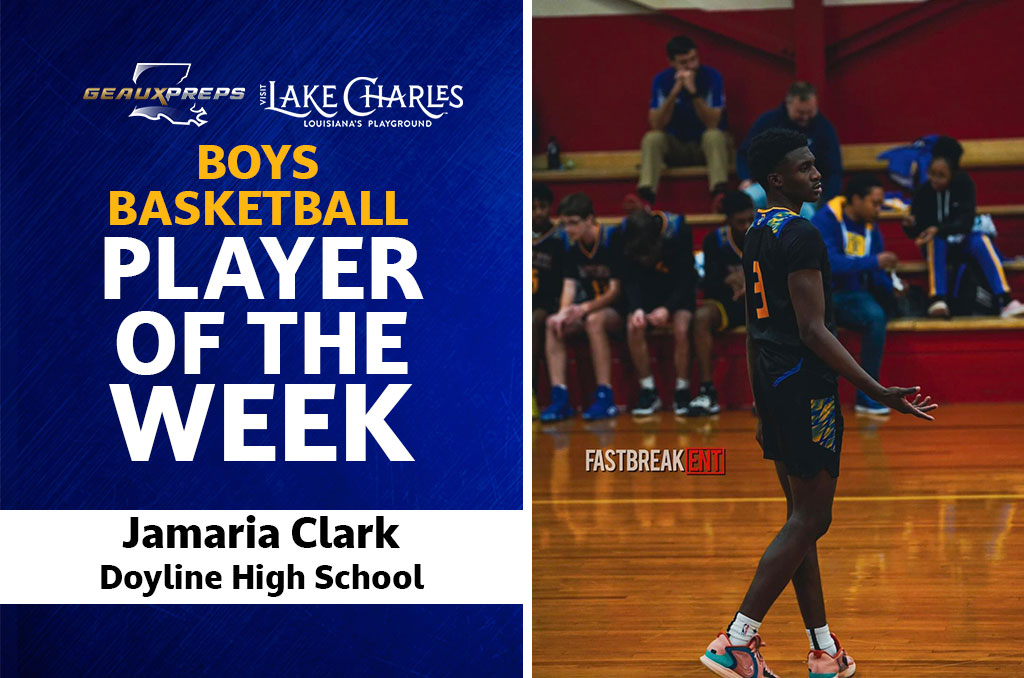 Clark averaged 47.5 points and six rebounds in road victories at Choudrant and against Class 3A North Webster. Against Choudrant, the senior guard was responsible for extending his team’s win streak by hitting a game-winning putback at the buzzer to defeat the Aggies while finishing the contest with 23 points. In the next contest, Clark sunk a school-record 70 points against North Webster a few nights later bringing the Panthers’ consecutive win streak to eight games.