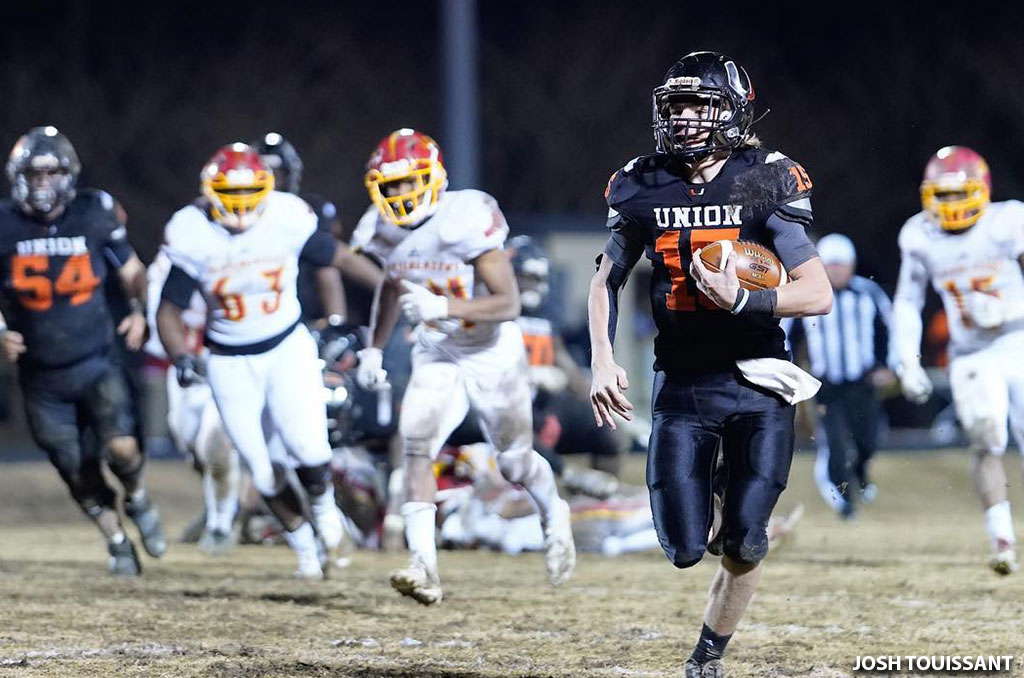 • Alexandria entered Friday night’s contest as an underdog in the eyes of many across the state. However, the Trojans accomplished another goal in its historic 2020 season when it took down the mighty West Monroe Rebels, 33-17, at home to advance to its first state title game in school history.

A program that struggled to make it into the playoffs at one time has strived in its five seasons under head coach Thomas Bachman. Bachman has led the program to 35 wins and a playoff appearance in the last five seasons since being named the head honcho. Although, the Trojans have worked hard to get to where they are, Bachman is determined to reach that next goal.

“I am very proud of our players and coaches,” said Bachman. “We’ve got a lot of work to do to get ready for the next one!”

Alexandria will perhaps have one of the shortest drives to Harry Turpin Stadium on the campus of Northwestern State. The Trojans will only have to drive around 60 miles to Natchitoches where they will take on the No. 1 Acadiana Rams on Wednesday, Dec. 30 at 6PM

Will the Trojans be able to etch their names into the history books? Well, as of now, Bachman and his squad are focusing on one day at a time. Their goal? Complete the mission.

“I haven’t really thought about anything other than the task at hand and that’s honest,” said Bachman. “When it’s over we’ll have time to reflect and process all these young men have accomplished!”

• Speaking of Acadiana, the Wreckin’ Rams blanked Destrehan, 23-0, in a rematch of last season’s Class 5A state title game Friday night. The defending state champion is looking to capture its second consecutive crown next weekend.

• Edna Karr has a chance to do what only one other team has accomplished in the 100-year history of Louisiana high school football. The Cougars are one win away from capturing their fifth consecutive state championship.

The only other program to hoist the trophy in five straight seasons was John Curtis. To say the least, Edna Karr would be in great company.

The Cougars defeated cross-town rival Warren Easton, 35-13, Friday night to advance to its 10th Prep Classic appearance in 11 years. No matter the record or who the opponent is, head coach Brice Brown always has Karr ready to compete.

• In order for the Cougars to raise their hands as champions for a fifth straight year, they will have to pass through one of the most prolific offenses in the state.

The Bears of Carencro High School will be the most likely opponent in recent years to spoil the Cougars’ chances at history next week when the two meet in the Class 4A State Championship in Natchitoches.

Edna Karr and Carencro are more than likely on a collision course to give fans a great game next week.

• In what was touted as one of the best games to watch this week, it was tough to see a loser. However, someone had to move on, and it was Union Parish who got the nod as it slipped past Lake Charles Prep, 43-42, in the closing minutes of Friday night’s game.

The Farmers, who return to the Prep Classic for the first time since 2013, scored with 20 second left on the clock and converted on a two-point attempt in order to punch its ticket to Natchitoches. In what served as a high-scoring, offensive slugfest, both Union and Lake Charles Prep allowed its student-athletes to shine.

It is now time for the Farmers to turn their attention towards a formidable opponent who is looking for its first state title.

• Madison Prep advanced to the Prep Classic Friday night after defeating Church Point in what some may say as a controversial finish.

Despite a defensive penalty called on the Chargers and later waved which ended the game, Madison Prep was able to advance to its first state title appearance since 2016.

Both teams are focused and determined to make history next week. Can the Farmers win their third title in school history or will the new kids on the block be able to pull off the upset?

• For a second consecutive season, Many High School is back in the Class 2A State Championship game.

Although, this time, the Tigers have their minds set on avenging their loss in last year’s state title game. Make no doubt about it. With the Prep Classic moving to Natchitoches, it’s basically a homecoming game for the Sabine Parish school.

Many High School is located roughly 30 minutes away from the confines of Harry Turpin Stadium in Natchitoches. The Tigers were unable to host a playoff game until the semi-finals so it only serves as right for the state championship to be played in their backyard as well.

Many defeated General Trass Friday night to punch its ticket to Natchitoches. However, a familiar opponent awaits the Tigers next Sunday.

• Kinder upset Mangham on the road Friday night to get back to the Prep Classic where it will meet Many in a rubber-match of the 2014 & 2015 Class 2A state championship contests.

Each school has won a game in the series so both will be looking to settle the score in Natchitoches.

Make no bones about it, Jess Curtis will have his players and his community ready to go. Kinder, still reeling from the effects of two hurricanes, will be laser-focused on brining a state title back and giving its fans a positive closing to the 2020 season.

• Oak Grove is the Goliath of Class 1A football in Louisiana. It has proved it time and time again this season. The Tigers have been flawless and showed it once more Friday night in a 59-12 drubbing over Homer.

It will be Oak Grove’s second consecutive appearance in the Prep Classic after having won last year’s title game in a blowout.

It won’t be an easy task but nothing worth having never came east anyways.

• That is why the Grand Lake Hornets, who are playing in their first state title in school history, will have to develop the mentality that all things are possible.

Wait, they have already done that. Two hurricanes that ravage your homes and your school plus having to steer safely through a worldwide pandemic tends to make you stronger than you think. Grand Lake has done nothing but excel at whatever has been thrown its way in 2020.

It is only fitting that this squad is able to play for a state championship. The Hornets have a chance to make history and put this year behind them. Oak Grove will be waiting and will be ready.