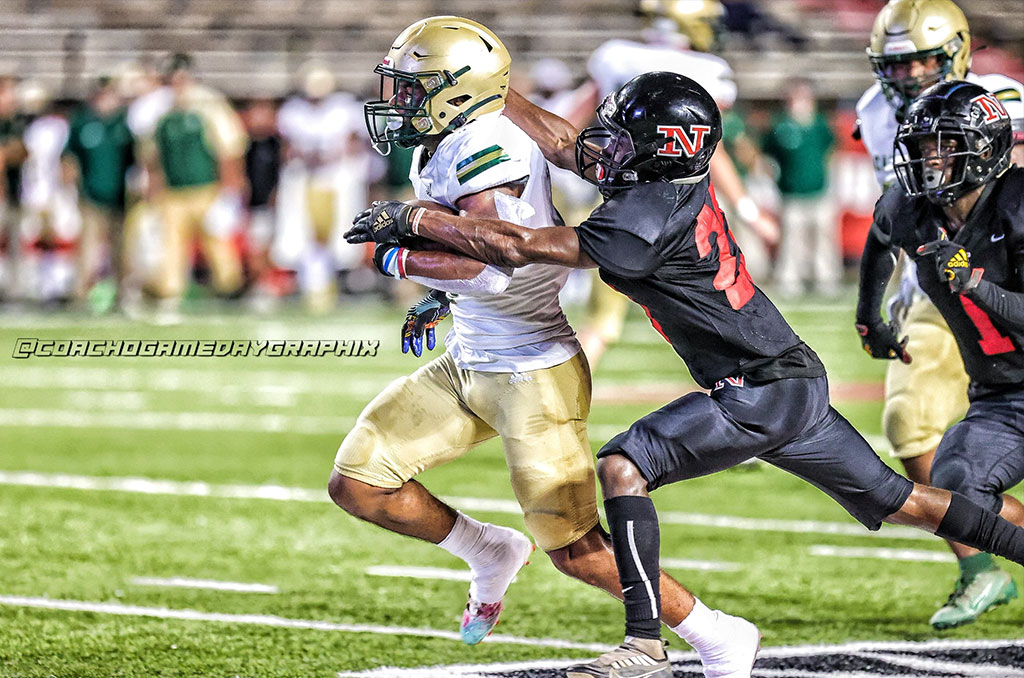 It has finally arrived! The 2022 Louisiana high school football season kicks off this Thursday with highly-touted contests that will send shockwaves throughout each community in the Bayou State.

GeauxPreps.com breaks down the top game in each region along with other contests that are sure to grab attention in their respective areas.

It’s the rematch everyone has for. These two championship programs renew their rivalry once more this Friday as the Wreckin’ Rams make their way to Knight Field for a rematch of last year’s classic which saw Lafayette Christian take a 14-13 victory, its first in the series.

As fans take in the sights and sounds of this Week 1 showdown, they won’t leave disappointed as they bare witness to a plethora of talent from each side with multiple Division I athletes doing battle for early supremacy.

The stakes could not be higher for both University and Woodlawn as the two look to establish early dominance in their respective classifications.

The Cubs bring a young but motivated squad into Panther Stadium Friday night to battle quarterback Rickie Collins and a talented Woodlawn squad that has continued to better itself year in and year out under former LSU great Marcus Randall.

Will the Cubs and defensive leader Jaiden Ausberry be able to hold off the blazing offensive attack from Collins and company? It will surely be a contest chocked full of teachable moments for both parties as they look to grow in one of the area’s top matchups.

There are a ton of storylines leading into this matchup of new foes as Carencro makes the trip to central Louisiana for a battle against Alexandria.

Head coach Tony Courville and his Bears moved up to Class 5A this season and hope to use this contest as a means of getting ready for a staunch district slate. Meanwhile, the Trojans could be getting a look at a possible playoff opponent as both squads were initially listed as the newest additions to the Division I select playoffs back in June.

Spectators will have a chance to see two talented quarterbacks as Alexandria returns Joe Bordelon will look to top targets Amyrion Mingo and J.T. Lindsey while Carencro’s Chantz Ceaser is among 14 total starters making the comeback for the Bears.

Brother Martin has so much to prove in 2022 and could make a huge statement in its season opener against Class 3A power Madison Prep.

The Crusaders were forced to forfeit five of their games last season but still managed to advance into the Division I semifinals with a talented group. Head coach Mark Bonis replaces a few key components from that team including four-year starter Garrett Mmahat at quarterback but a talented backup in Clayton Leonard along with a strong rotation of offensive linemen.

Defensively, Brother Martin’s front will be strong but a young and inexperienced secondary could provide an opening for Madison Prep to find open space in the air and on the ground. However, the Chargers will need to grow up quickly with a young offensive attack following the loss of Zeon Chriss. However, the visiting team from Baton Rouge will bring its disciplined and physical mindset and will no doubt provide a much-needed challenge for the Crusaders in this week’s opening contest.

Since the first day he stepped on the campus of Ruston High School, head football coach Jerrod Baugh has presented challenge after challenge for his football teams with some of the strongest schedules in the country.

There seems to be no deviating from that though process entering the 2022 season as the Bearcats begin the season with a highly-anticipated matchup against last year’s Class 4A runner-up Warren Easton.

Ruston looks to have one of its talented and deepest squads highlighted by the reutn of all-state tailback Dyson Fields, who rushed for over 2,300 yards last season while the defense will be anchored by all-state linebacker Jadon Mayfield with a choice selection of underclassmen to help fill any gaps lost to graduation.

Easton brings its daunted offensive attack that was a yard shy of taking home the state title trophy last season and returns its quarterback from a year ago along with a key defensive returners that could play a factor into determining Friday’s outcome.

It’s a game that you can’t wait until the last minute to buy a ticket or show up to. There won’t be a seat left in the house!

For those who need their football fix a day earlier need to make the trip to northwest Louisiana for the season opening showdown between Northwood of Shreveport and Benton.

The game features two of the state’s top signal callers in Benton’s Gray Walters and Northwood’s Mason Welch as well as a number of multi-star skill position players across the offensive and defensive units.

There will be no lack of offensive production in this showdown as both squads tend to air it out but are strong at the ground attack as well. Walters (2,247 yards, 24 TDs) will look to 1,000-yard receiver Pearce Russell as a top target while tailback Greg Manning returns over 1,000 yards of ground production from a year ago. Welch passed for over 1,860 yards and 17 touchdowns last year and is expected to provide more offense this season as a young Falcons squad faces one of its toughest schedules yet.

The start of the 2022 season provides one of the most intriguing matchups in the Northshore area as Denham Springs makes the hour drive over to Mandeville for a season-opening showdown between Class 5A programs.

The Skippers enter the season with a new leader as championship coach Craig Jones comes aboard to mentor a team that returns a young offensive unit and a defensive group that could provide some breathing room in spots. They won’t have long for a breather as the visiting Yellow Jackets bring 17 total starters into Friday’s showdown.

Leading the charge is Liberty two-sport signee Reese Mooney with a ton of skill players in tow as head coach Brett Beard gets prepared to see all of the offseason work come to fruition with a team chocked full of experience.

But the first game is just that, the first game. Teams will still be getting their feet under them and working out some kinks here and there. In a game this big with talent standing on each sideline ready to make a name for themselves, you might have a slobberknocker on your hands!

St. Charles never backs down from a challenge, especially as the defending Division III champion.

In return, Archbishop Shaw head coach Hank Tierney is not afraid to expose his new team to championship-caliber football as the prodigal son returned home to revive the program. It will take some work but with the numbers and coaching experience present, the Eagles have a chance to go into Comet territory and compete at its highest level in just the first game of the season.

The Comets are focused on staying atop the Division III scene and can do so by battling through a tough 2022 slate. Head coach Wayne Stein is expected to have his team prepped with 12 players returning who played an important part in last year’s title season.

A win could provide a spark needed to kick off the Eagles’ campaign while a victory for St. Charles would provide key power points and big-game experience needed in its journey to repeat.

Although Grand Lake and Hamilton Christian will no longer face each other in district play due to the Hornets move up to Class 2A, the two schools still have a lot to play for following last season’s upset in Cameron Parish.

The Warriors took down top-ranked and undefeated Grand Lake, 24-21, a year ago with a last-minute drive that all but helped lock up Hamilton Christian’s first district title since 2015. However, the Hornets won’t forget and are determined to redeem themselves as they prepare for life after Class 1A.

Grand Lake will rely on its strength in the ground game but will need help early from an inexperienced line while Hamilton Christian hopes to get past a strong Hornet secondary with its new Air Raid offensive under new head coach Ragan McDaniel. The Warriors will look to key skill players to make big plays on offense while its defensive unit has developed into a wolfpack-like unit with all 11 players getting to the ball quickly.

Expect some big plays early in the game but for each team to settle into their style quickly and run with it.