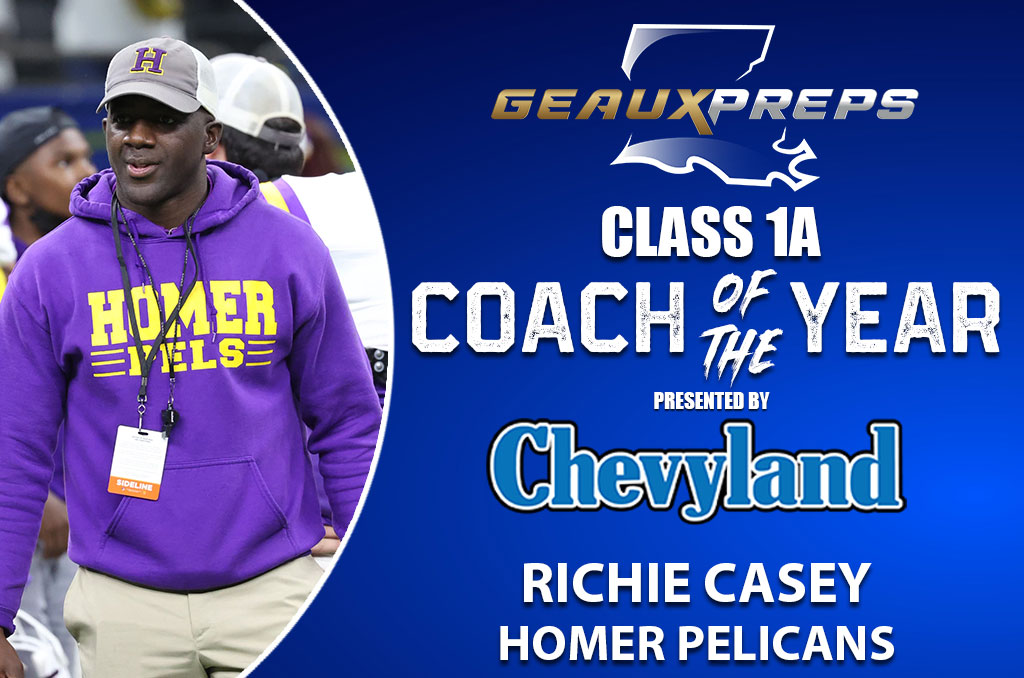 LAKE CHARLES – In the wake of one of the best seasons in school history, Homer High School’s Richie Casey has been named the GeauxPreps.com Coach of the Year Presented By Chevyland for Class 1A.

In three short seasons at the helm, Richie Casey took a struggling football program and transformed it back into a culture of success.

Homer capped a remarkable season with Casey guiding the team to not only its first state championship appearance since 1985 but the school’s first state title victory since 1939. The 41-28 victory over Logansport in the Class 1A State Championship game ended an LHSAA record 82-year championship drought.

The Pelicans earned the No. 2 seed after finishing the regular season with a 7-3 mark with its only losses coming to some of the toughest competition in the state in playoff participants North Caddo and Calvary Baptist as well as Class 3A state runner-up Union Parish. Homer averaged 43 points per game and posted four shutouts along the way, including two against parish rival Haynesville.

The Claiborne Parish school has quickly turned back into a winning culture under the supervision of its young coach. Since taking over the reins in 2019, the Pelicans are 26-12 under Casey and have finished no worse than the quarterfinal round under his tutelage.