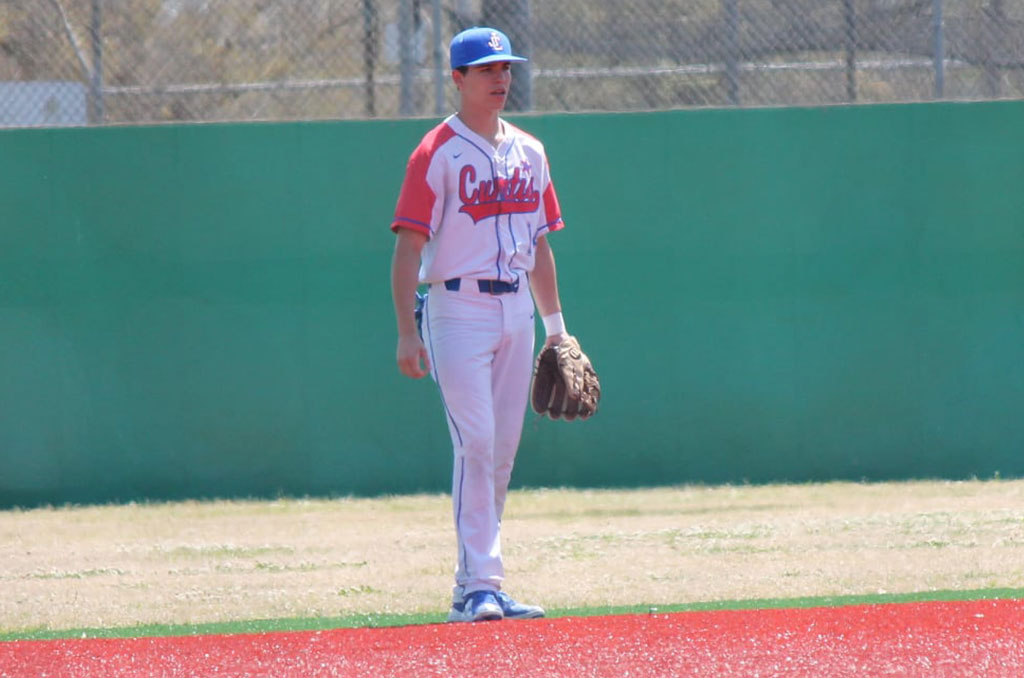 Dagan Bruno is the epitome of what an All-American kid represents.

The sophomore student-athlete has succeeded both on and off the athletic fields at John Curtis Christian School, participating in three sports around the school year while maintaining a perfect grade point average.

“I’ve played football, baseball, and basketball all of my life and I really love each one of them in different ways and for different reasons,” said Bruno. “Yes, I’ve had a busy schedule athletically for as long as I can remember, but it’s what I love and choose to do.”

Although a lower classman, Bruno has played a vital role on each team that he participates with and is always there when a teammate needs a helping hand. A love for each sport is what drives Bruno to continue to get better each and every day.

One of his biggest moments came just last week as the Patriots baseball club battled district foe Rummel into extra innings. With the score knotted up at 5-5, Bruno delivered a one-out, single that helped drive home a run to break the tie and give Curtis the win. On the week, the left fielder batted a .636 clip and drove in four total runs.

“Dagan is a kid that is a “throwback” type player,” said Curtis baseball head coach Jeff Curtis. “He loves to compete. He was our backup quarterback, so we played him a bunch on special teams and at wide receiver. Dagan also came in and played for our starting quarterback Buddy Taylor when he got hurt and did very well. After football, he transitioned right into basketball, where he was the 6th man for our team, filling a variety of roles. Now, in baseball, he can play pretty much any position on the field. He’s just a gym/field rat that loves to compete. He’s in all honors classes and makes fantastic grades, as well. We are so glad he’s a Patriot and exemplifies everything about who and what we are.”

Bruno’s choice to play more than one sport has helped the sophomore gain valuable experience in hopes to achieve maximum results whether on the football field, shooting hoops or standing at the plate.

“I believe playing more than one sport really ties into being a better athlete in the next,” said Bruno. “And of course, at times, it’s hard to schedule three at once, but I’ve gotten better with management and responsibilities thanks to my coaches and my parents around me.”

Bruno also believes that his competitiveness in athletics has given him an edge in the classroom as well. The hard work put in each day, no matter which sports season he is in, has helped him maintain that focus when studying for his future.

“I really appreciate how, at John Curtis, the coaches work with me to help me transition from one sport to the next. I think that sports even translate into the classroom at times. I feel I honestly bring my competitive nature to my grades and I work very hard on maintaining the 4.0 GPA that I’ve had my whole life. I really look forward to my future at John Curtis to succeed in not only sports but academically as well.”