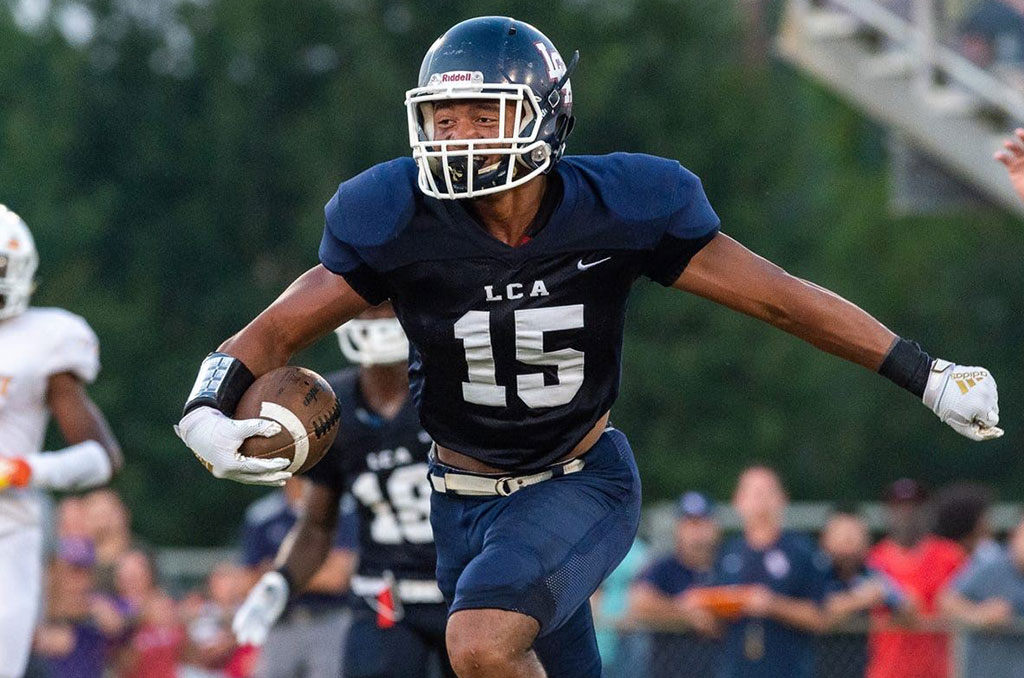 By Raymond Partsch III // Written for the LSWA

In his career at Lafayette Christian Academy, Ryan has hoisted four state championship trophies, earned all-state recognition four times, was named the Louisiana Sports Writer Association’s Outstanding Offensive Player in Class 2A earlier this month, and has received countless local honors over the course of his career with the Knights.

Ryan becomes the first player from Lafayette Parish to win the award, which is selected annually by a committee of the state’s prep writers who closely cover high school football.

“It means a lot,” Ryan said. “I never thought I would get this award. We have a lot of great players in this state. I am so humbled. I want to thank God. I can’t thank him enough.”

The 5-foot-11, 193-pound Ryan — who verbally committed to LSU on Oct. 31 and signed in December — became one of the nation’s top prospects by playing multiple positions.

As a junior in 2019, Ryan caught 702 yards and 8 TDs on just 37 receptions, while also rushing for 263 yards and scoring seven touchdowns on the ground. In addition, Ryan — who is the nephew of former LSU star linebacker Trev Faulk — scored six return touchdowns as well and recorded 31 tackles and two interceptions as the Knights’ starting safety.

For his senior season (which was shortened due to COVID-19), Ryan was primarily used as a running back and return specialist for the Knights.

Despite missing the final two games to a hamstring injury, Ryan still rushed for 576 yards on only 57 carries and scored 13 rushing touchdowns. Ryan also caught 18 passes for 297 yards and 3 TDs and had three punt return touchdowns.

That performance not only helped Ryan lead LCA to its fourth straight title, but also helped him earn LSWA Class 2A all-state honors at both athlete and kick returner, named the Class 2A Offensive MVP and now Mr. Football.

“I had to put in the work,” Ryan said. “I want to thank the coaches for getting all the talent out of me. I have come a long way since my ninth grade year and I am ready to put these talents to use on that next level.”