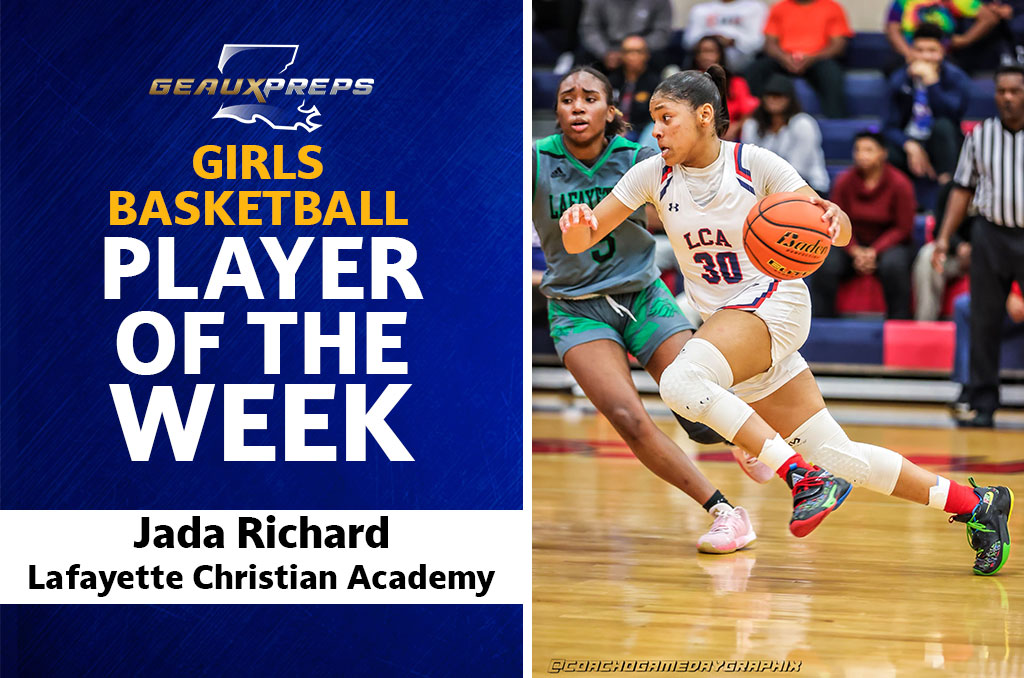 Richard was named the Allstate Sugar Bowl National Prep Classic MVP, averaging 25 points, 5 rebounds, and 5 assists in the tournament while helping lead her team to a second-place finish in the Platinum bracket. The junior guard dropped 35 points in the tournament finale against Barlett High School of Tennessee where the Lady Knights fell just short of the championship win in a 66-63 loss in overtime. Richard helped LCA to victories over Southern Lab (60-45), LaGrange (57-31) and McGill-Toolen, Ala. (46-37) on the way to the finals showdown. She scored 21 points in the victory over LaGrange. In total, the Lady Knights’ opponents on the weekend were a combined 57-20 so far on the year.