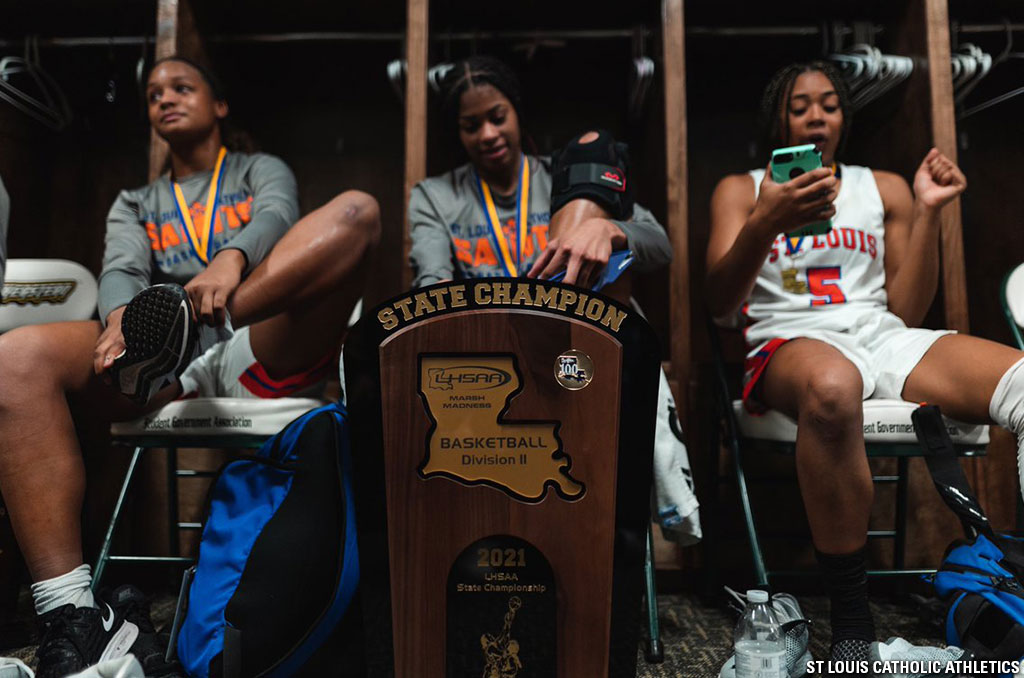 HAMMOND – The 2021 LHSAA Girls’ Basketball State Tournament will finish up Saturday with four games slated to close out an exciting and memorable week.

Eight champions have been crowned with Southwest Louisiana highlighting the winners. Lake Arthur, LaGrange, and St. Louis continued the healing process for the Lake Charles area, just seven months removed from two hurricanes devastating the region, with championship wins all on the same day.

St. Louis captured its first state title since 1989 while Lake Arthur won its second state title and first since 1976. LaGrange repeated as champions in Class 4A.

Saturday features a slew of highly touted contests set to take place in the University Center on the campus of Southeastern Louisiana in Hammond.

Below is the schedule for Saturday as well as final scores from the previous championships played this week.

Noon – No. 1 Lafayette Christian vs. No. 3 St. Thomas Aquinas

No. 1 Ouachita Christian 61, No. 2 Highland Baptist