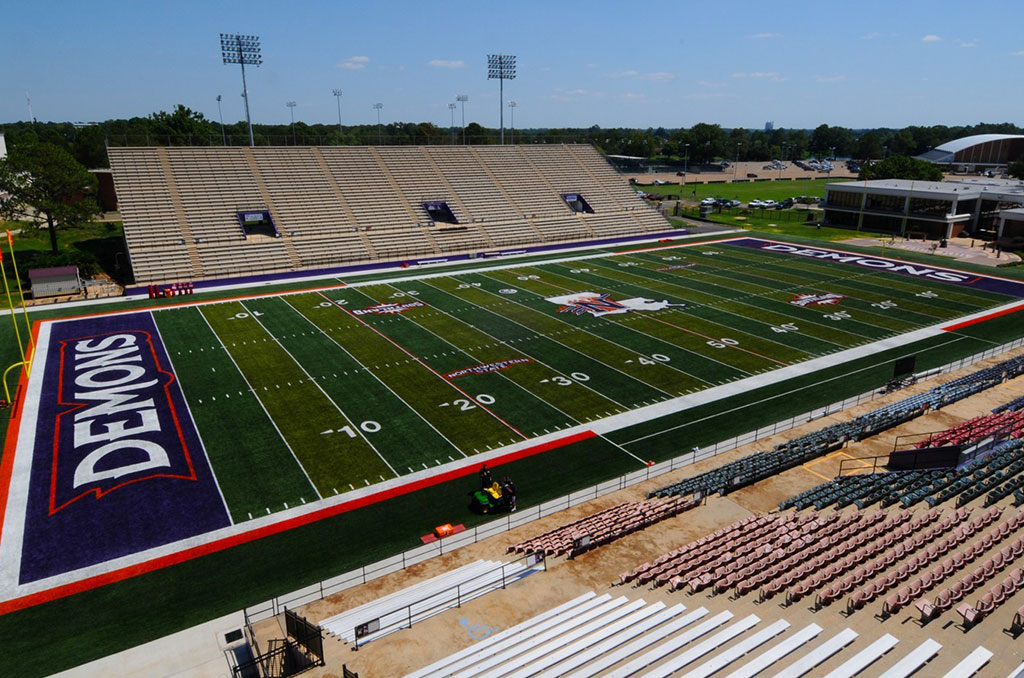 BATON ROUGE – For only the second time since its inception, the Louisiana High School Athletic Association Prep Football Classic will not be played in the Mercedes-Benz Superdome in New Orleans.

The football state championship games have found a new home in Harry Turpin Stadium on the campus of Northwestern State University in Natchitoches.

The LHSAA and Executive Director Eddie Bonine made the announcement Tuesday afternoon citing COVID-19 capacity restrictions, financial responsibilities, and risk of cancellation as key reasons for the moving of the championship games to Northwest Louisiana.

“We are thankful Northwestern State University stepped up to host our football championships,” said Bonine. “We are saddened to be leaving the Superdome this year, but look forward to our return in 2021. We are certain Northwestern State will provide a first-class experience for Louisiana student-athletes.”

All nine state championship games for both the Select and Non-Select playoffs are scheduled to be played in Turpin Stadium across a span of four days from December 27-30.

Bonine stated that although he is a fan of the Prep Classic being played in the Superdome, he was not going to risk waiting until the last minute to find out when and if a certain number of fans, or any at all, were to be allowed in.

“This situation boiled down to how many people we could get into the Superdome,” said Bonine. “We still did not have any answers as of today. We could have waited to see what happens in New Orleans but at the end of the day the waiting game wouldn’t work for me.”

Each of the nine championship games will allow around 4,250 spectators, per the recommended 25% capacity mark for public sporting events in Louisiana. A schedule for the four-day event has yet to be determined.

Northwestern State officials were quick to note that the sole focus of the university was to give Louisiana high school football fans the best experience possible throughout the four-day event.

“While hosting NSU and high school football games are second nature to our staff, this will be different in that there will be nine football games over the course of four consecutive days,” said NSU Director of Athletics Greg Burke. “Then you factor in COVID-19 and the emphasis that must be placed on health and safety and it changes our normal approach to hosting games. Yet, our ultimate focus will still be laser-focused on providing the best possible experiences for the teams and fans who will be visiting our campus and historic city.”

The Prep Classic has been held in the Mercedes-Benz Superdome every year since 1981 with the only exception coming in 2005. The LHSAA was forced to move its football championships to Independence Stadium in Shreveport due to the damage that the Superdome received from Hurricane Katrina.

Northwestern State’s Turpin Stadium features an artificial playing surface and a 15,971-seat capacity stadium that is home to 5,000 comfortable chair back seats on the west side. A double-decked press box, complete with a working press area, radio booths, and camera decks accommodates multiple media members and television crews.