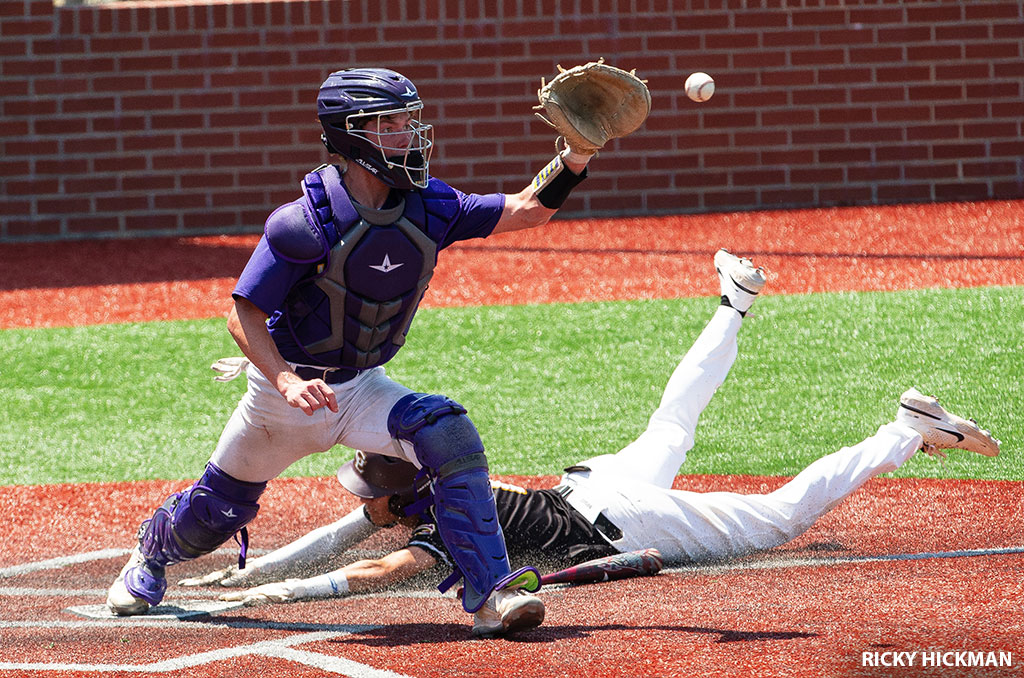 Trey Hawsey provided the heroics in Thursday night’s semifinal contest as the sophomore walked-off with a three-run homer in the bottom of the seventh to slide West Monroe past No. 3 Dutchtown and into the Class 5A state title against St. Amant on Saturday.

The Rebels trailed by five runs headed into the sixth frame but slowly chipped away at Dutchtown’s lead beginning in the sixth inning where a wild pitch and a sacrifice fly from Parker Sellers.

Later in the inning, Lytton Arledge provided an RBI single into left field to bring the Rebels to within two of the lead.

With one out in the final inning, Hawsey came to the plate with runners on the corner and on a 2-1 pitcher, launched the dinger beyond the right field wall to give the Rebels their first shot since 1999 to win a state title.

Drew Ferguson pitcher West Monroe to victory with 5.1 innings worked and just one run allowed on three hits while striking out one batter.

Despite a nice job on the mound for Dutchtown, starter Nick Gisclair took the loss, with 5.1, allowing five hits and three runs while striking out seven.

For the first time since 2004, St. Amant will have the chance to compete for a state championship.

It did not come without its challenges, however, as the Gators had to overcome a six-run deficit to take down favored Sulphur in their own backyard.

The Tors grabbed six runs in the first two innings, highlighted by a five-run performance in the bottom of the second.

St. Amant got on the board with two runs in the top of the fourth but another run added by Sulpur made it 7-2.

It wasn’t until the sixth inning when a 35-minute top-half of the inning enabled the Gators to plate eight runs to take the lead, 10-7.

A great day at the plate and on the mound sent North Vermilion back into the Class 4A state championship game after taking down North DeSoto, 14-2, in a five-inning contest Thursday afternoon.

The Patriots were powered by Brandt Fontenot, who enjoyed a day at the plate with three hits that drove in five runs. On the mound, John Touchet picked up the win with 3.2 innings pitched with only two runs and two hits surrendered while striking out five batters.

Nine of North Vermilion’s runs occurred in the first two innings of the game with three coming in the first following North DeSoto’s one-run outing to begin the game.

The Patriots scored five in the bottom of the first sparked by a Fontenot line drive double that drove in three runs. Three additional runs were added in the next inning due to a pair of walks and an error from the North DeSoto defense.

For the first time in program history, South Terrebonne will compete for a state baseball championship.

The Gators’ magical run as the No. 15 seed continued Wednesday as they took down No. 6 Lakeshore, 4-0, in the Class 4A semifinals.

With runners in scoring position in the top of the third inning, Pitre got South Terrebonne on the board with a line drive single that sent in two runs to score while a sacrifice fly by Lirette later in the inning upped the lead to a 3-0 advantage.

The Gators tacked on another run in the top of the sixth inning to make it 4-0 following a double by Aucoin.

Martin picked up the shutout win for South Terrebonne after having lasted seven innings, allowing four hits and zero runs while striking out one.

The Berwick baseball team got out to a six-run lead to begin Thursday’s Class 3A semifinal contest against Sterlington but had to endure a late comeback for the 9-8 win to advance to Saturday’s state finals.

Berwick got things moving in the first inning highlighted by Cur Bella’s double that drove in two runs while anothe two-RBI double from Williams gave the Panthers a four-run lead.

In the second inning, Milton launched a two-run homer over the left field wall to cushion its lead.

Sterlington scored three in the top of the fourth inning thanks to a Thompson inside-the-park home run that drove in two runs while a ground-out later in the inning cut Berwick’s lead to a 6-3 score.

Milton’s double in the bottom of the frame extended Berwick’s lead to a 7-3 score but Sterlington again cut the lead back to three with a bunt single in the fifth.

However, Berwick attempted to put the game out of reach once again in the bottom sixth with another two run homer in the sixth inning.

Sterlington’s attempt at a comeback started in the seventh as the Panthers scored four runs to come to within one of the lead at 9-8. However, a strikeout with the tying run on third ended the game and sent Berwick into the finals for a consecutive year.

Hayden Robinson was the winning pitcher for Berwick with seven runs surrendered on eight hits over six innings, striking out eight.

Lutcher’s Noah Detiller had a day at the ballpark as he drove in four of his team’s eight runs on two hits to help lead the Bulldogs past No. 2 Iota, 8-1, and advance to the Class 3A title game.

Lutcher provided most of the damage within the first two innings with a total of seven runs scored. Detillier opened the scoring with an RBI double while two additional runs followed in the inning.

In the top of the second, Detillier again delivered big time with a three-RBI double to up the Lutcher lead to a 6-0 score.

With a seven-run lead holding for Lutcher, Iota got on the board in the bottom of the sixth thanks to a Wallace single. However, Lutcher responded in the top of the next frame with its final run as Keller’s sacrifice fly gave the Bulldogs an 8-1 lead that would hold.

Lutcher’s Marshall Louque picked up the win for the Bulldogs with just three hits and no runs given up in five innings of work and struck out three in the process.